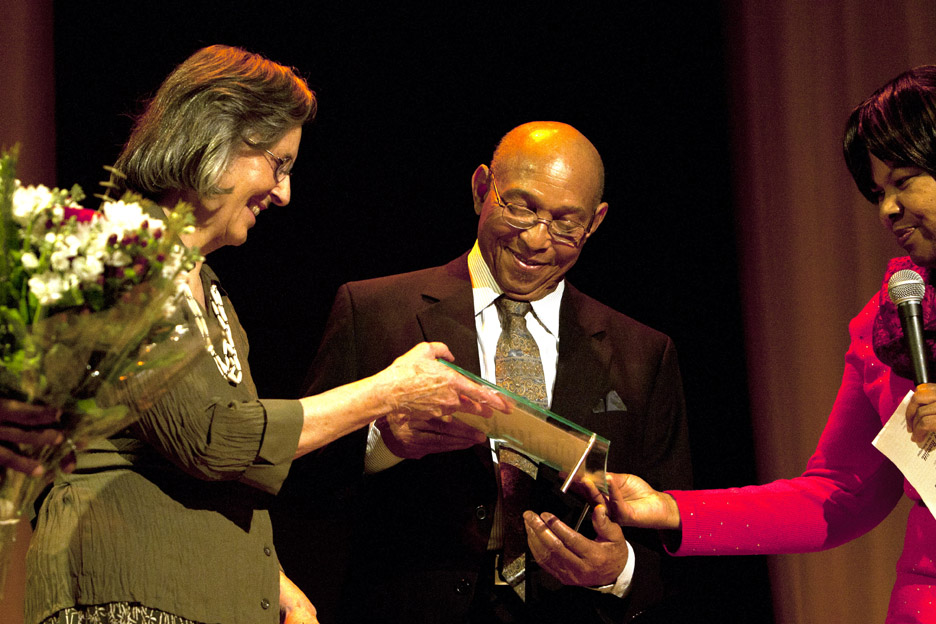 In a gala event capped off by a brilliant theater performance and a joyously happy cast party to ring in the new year, Wright Enterprises and LaHitz Media showcased the Lorraine Hansberry Theatre’s world premiere production of Ron Stacker Thompson’s “REJOICE!”

The Lorraine Hansberry Theatre, the premiere African American theater in the Bay Area, also garnered a $10,000 contribution from long time donors Jerry and Ruth Vurek and has been wildly successful in its new home on the second floor of San Francisco’s stylish Kensington Hotel on Union Square. 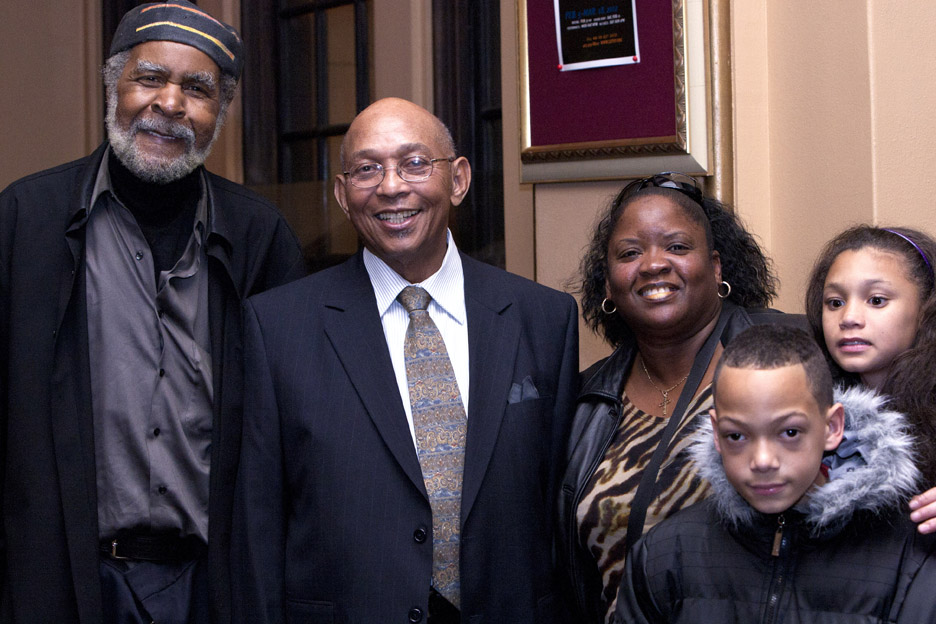 Thus it was a special fete for Mary and Willie Ratcliff, editor and publisher of the San Francisco Bay View newspaper to be honored, while simultaneously launching a fundraising campaign for the Bay View’s Youth Media Arts Program, furthering the Black community’s battle against the tyranny of embedded corporate misinformation and terror.

Look for the Lorraine Hansberry Theatre to become the truly premiere company on the West Coast and to eventually have a national and an international reputation, in the finest tradition of the African woman playwright and painter, Lorraine Hansberry, for whom it was named!

Malaika H. Kambon is a freelance photojournalist, candidate for the University of California at Berkeley’s Graduate School of Journalism and the 2011 winner of the Bay Area Black Journalists Association Luci S. Williams Houston Scholarship in Photojournalism. She can be reached at kambonrb@pacbell.net.

‘Our Media Matters’ Theater Night, a model of mutual support for Black arts and media 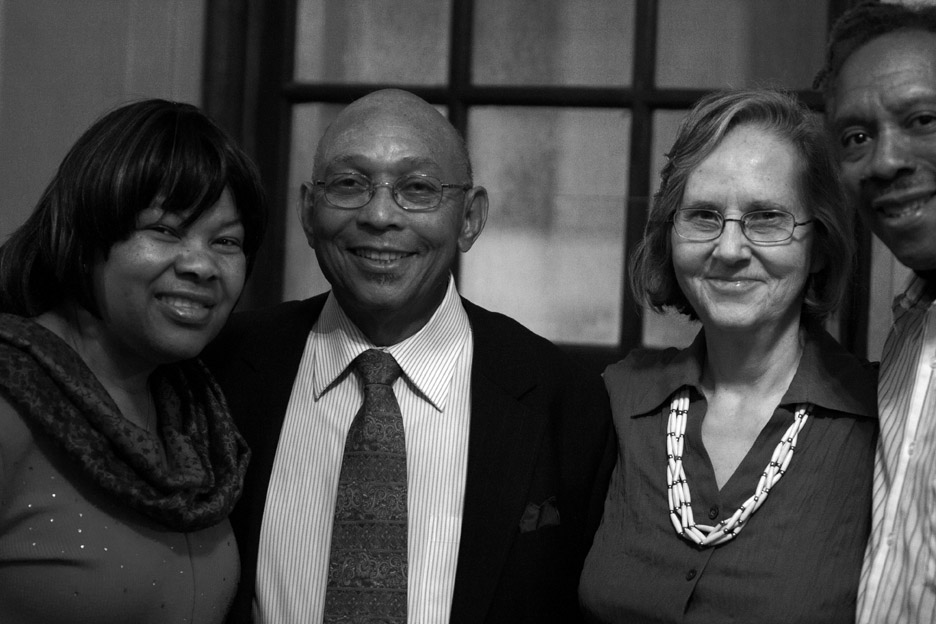 “Our Media Matters” Theater Night, presented by Wright Enterprises and LaHitz Media in honor of the San Francisco Bay View newspaper at the Lorraine Hansberry Theatre, featured the world premiere of “REJOICE!” a joyous musical retelling of the nativity story written by the Bay Area’s own Ron Stacker Thompson, founder of Oakland Ensemble Theater and now professor at the University of North Carolina.

“The Lorraine Hansberry Theatre is creating an atmosphere of unity as it reaches out to individuals, businesses and nonprofits that can utilize an entertaining play to raise capital,” said Jacquie Taliaferro, filmmaker and director of LaHitz Media. “The Bay View, celebrating 36 years of journalism for the Black community, rejoiced at this opportunity to join forces with the venerable LHT for the benefit of our youth.” 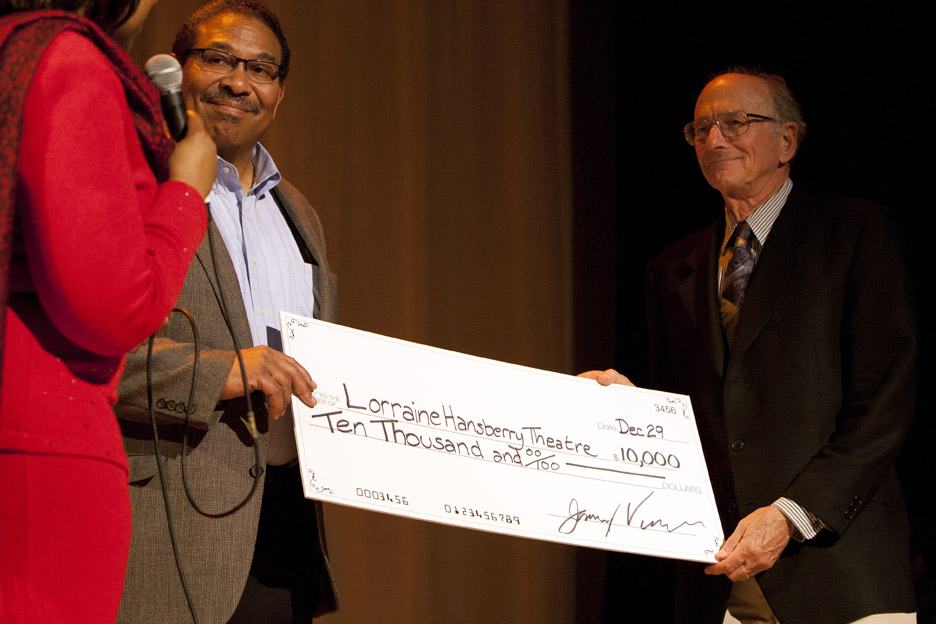 The Lorraine Hansberry Theatre is an independent Black-owned arts company that has overcome many challenges over the years, including the deaths of founders Quentin Easter and Stanley Williams within months of each other in 2010. Community businesses and nonprofits and visitors from around the world can continue to enjoy the legacy started by Quentin and Stanley and the thousands of supporters and volunteers who held the Lorraine Hansberry Theatre together for over 30 years.

“Thanks to Shirley Howard Johnson, Al Dixon and the board of directors, the theatre functioned in their darkest period last year until they found a new home in Union Square and hired their new artistic director, Steven Anthony Jones. Now in their 31st year, the Lorraine Hansberry Theatre is worthy of our support as it gives a platform for Black voices and Black talent in a multicultural enterprise that benefits all of San Francisco and the arts world,” added Jacquie. 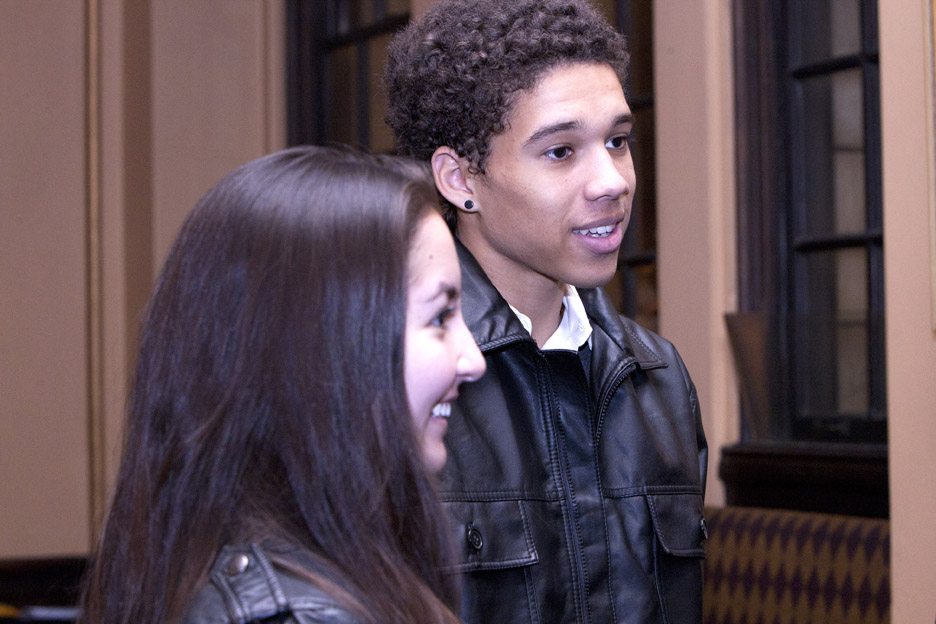 “The Lorraine Hansberry Theatre is a multicultural artistic business that positively impacts the city’s tourism,” said Shirley Howard-Johnson, general manager. “Enabling individuals, businesses and nonprofits to benefit from Theater Nights, which are available throughout our entire season, is our way of promoting community combined with commerce.”

Just recently New Birth Church of Antioch and Oakland, headed by Bishop C. Carl Smith, bought out the house to thank their more than 400 volunteers for their year-long service. “New Birth not only enjoyed ‘REJOICE!’ but they also brought additional commerce via parking, shopping and dining into the city. 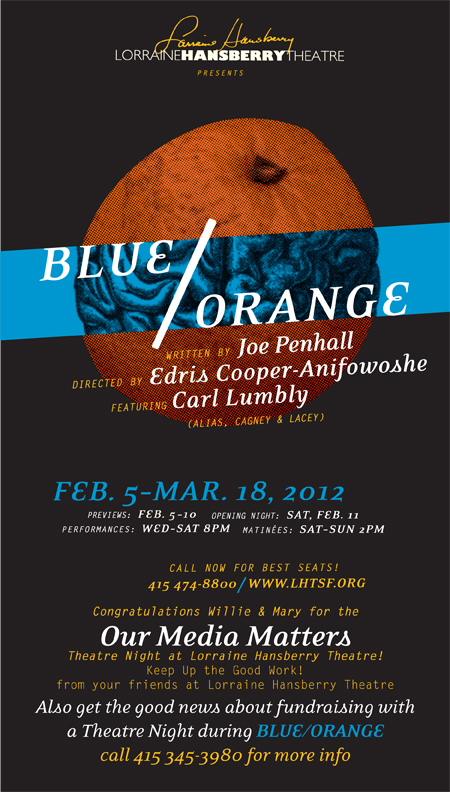 We thank New Birth for thinking of the Lorraine Hansberry Theatre as a place to honor the community as well as LaHitz and Wright Enterprises for seeing the LHT vision,” said Howard-Johnson.

LaHitz Media and Wright Enterprises have hosted events at international venues such as the Cannes International Film Festival.

More opportunities for Theater Nights are available with the upcoming production of “Blue/Orange” by Joe Penhall, directed by Edris Cooper-Anifowoshe and featuring Carl Lumbly, Feb. 5-March 18.

Jackie Wright is the president of Wright Enterprises, a full service public relations firm serving the corporate, non-profit and government sectors. A seasoned media and public relations professional, Wright has 20 years of media experience, including more than a decade of award-winning journalism experience in radio, television and print communications, and holds degrees in both journalism and drama from the University of Georgia. She can be reached at jackiewright@wrightnow.biz.

Publishers of San Francisco Bay View newspaper to be feted at the Lorraine Hansberry Theatre Dec. 29