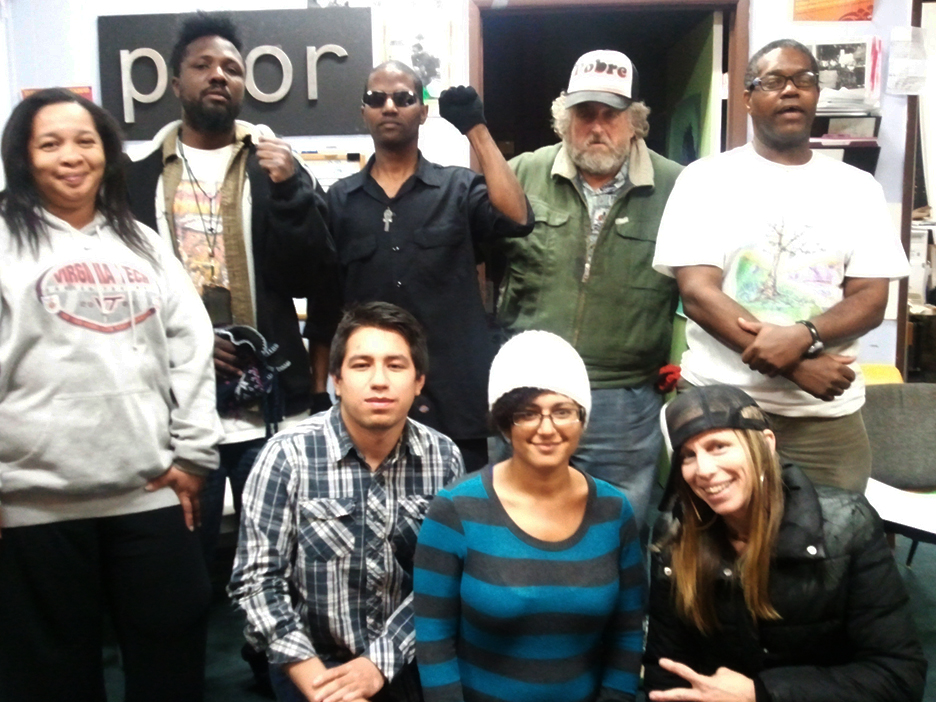 To write with laughter, heart, fire and humility – to get those words down and draw the reader in – to make the reader warm with the fire of poetry, wet with the tears of memory, full with the soup of experience – leaving the reader satisfied and inspired to change the world – that is what the writer does. The latest offering from POOR Press is a down-home, humble, timely and inspiring collection of books written by poverty skolahs from POOR Magazine’s People Skool, aka Escuela de la Gente. People in academia spend lots of money to be able to learn how to articulate what is real, what is humble – to be able to express what comes so naturally to poverty skolahs who don’t have money to access the statuary world of academia.

This new collection is written with passion, with stories gleaned from the experiences of poverty skolahs who have lived through and survived houselessness, the criminal (in)justice system and isolation in Amerikkka. POOR Press provides publishing access to poverty skolahs whose important stories go untold in the classist and exclusionary world of book publishing. Poverty skolahs conceive their books – poetry, memoir or short stories – write the text and work on overall design.

Poverty skolah and mother of two Terrilyn Woodfin articulates houselessness and landlessness with passion in her book, “I am Homeless: The new face of Homelessness.” Her story begins in Knoxville where she sets off for San Francisco. She ends up in Santa Ana for two years, facing innumerable obstacles to housing and food. During hard times, which included her being ostracized unjustly from her church, she recalled the words of her spiritual mother who said she was going to go through a “great deal of heartache and the rollercoaster ride of her life before she would see the real blessings manifesting.” 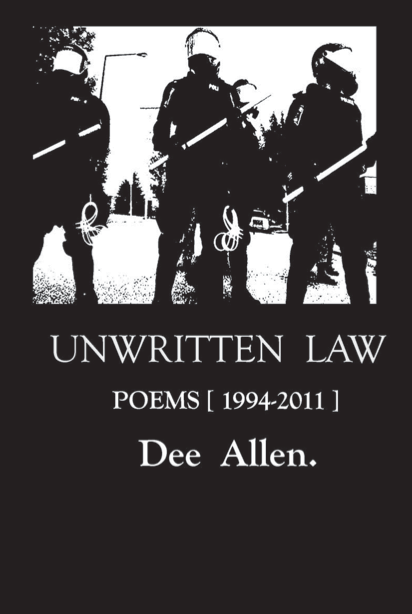 Uprooted and not knowing where her family would sleep, Terrilyn felt the guilt of being a poor woman of color – guilty that she had let her kids down. But her faith remained strong with the knowledge that God never lets you down. Her writing is reminiscent of Filipino American author Carlos Bulosan, whose seminal novel, “America Is in the Heart,” published in 1946, painted a portrait of individuals who behaved in heroic yet unheralded ways – in contradiction to the ubiquitous racism and classism in society – to aid their neighbor. Similarly, Terrilyn’s experience shows that God looks out for us by working through people.

Dee Allen is an important poet, articulating the struggle of the workers, police brutality victims, migrants and houseless folks. “Unwritten Law” is the second volume of poems by Dee published by POOR Press. This moving collection of poems rises like fire. Dee eloquently decries the police state in “Requiescat,” a poem with a haunting refrain, “Let them rest,” that envisions a world without “enforcers of hate.”

“Unwritten Law” draws upon the history and presence of native peoples, the overlooked and those whose stories have been erased from history. Dee asks, who is the migrant in Amerikkka today? Dee’s poetic vision is the shared breath and heartbeat of the workers, the builders of civilization – the Zapotec day laborer, the Salvadorean youth, the Lebanese woman, the Senegalese taxi driver. How are these people terrorists? he asks. How are they criminals?

Dee Allen is a poet who continually puts himself on the line for the community, participating in civil disobedience – refusing to be intimidated when issues of justice are at the forefront. He is truly one of the best poets I know. 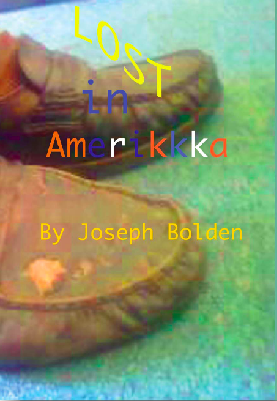 In the world of Joseph Bolden, real or imagined, all roads lead home – although he has been known to lose his way. Joe’s “Lost in Amerikkka” is anecdotal, weaving irony and humor into the quilt of struggle in connecting with loved ones and the important choices we make on our life’s journey. Well-travelled shoes adorn the cover of Joe’s book – perfect metaphor for the chaotic pace of society. Joe gets lost, his shoes covering the landscape from San Francisco to New York to Colorado to Hawaii. His stories of sweat lodges, the search for love, his neighborhood, his shoes, glasses, hat etc. make his book a journey not to be missed without a pair of well-worn shoes. 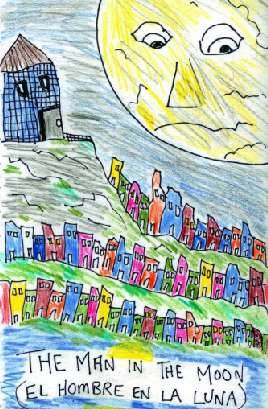 Lisa Gray-Garcia, aka Tiny, has bestowed on us a beautifully written and illustrated inter-generational book – as Tiny says, it’s for both parents and children – called “The Man in the Moon” (“El hombre en la luna”). The story is allegory at its finest, with indigenous farmers who thrive with their animals until the rains no longer come. At the top of a hill lives a man with a plentitude of food and water so the villagers ask for help, which he repeatedly refuses. When the man is confronted by what appears to be a mother and child appealing to his humanity and later transforms into the Orisha Yemoja, he finds that he is accountable for his self-centeredness and faces a fate that will allow him to make amends.

These books make for great reading. You can purchase any of these beautiful books on-line at http://www.poormag.info/static/. If you would like to publish your own book with POOR Press, you can enroll in POOR Magazine’s PeopleSkool revolutionary media program, which begins on Jan. 31. More info can be found at http://www.racepovertymediajustice.org/ or by calling POOR at (415) 863-6306.

Tony Robles, co-editor of POOR Magazine, can be reached at tonyrobles1964@hotmail.com.