Securitization and the shadow banking system 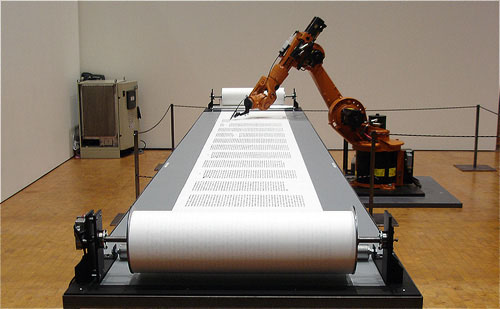 (Extensively revised and updated Jan. 25) – The Wall Street Journal reported on Jan. 19 that the Obama administration was pushing heavily to get the 50 state attorneys general to agree to a settlement with five major banks in the “robo-signing” scandal. The scandal involves employees signing names not their own, under titles they did not really have, attesting to the veracity of documents they had not really reviewed. Investigation reveals that it did not just happen occasionally but was an industry-wide practice, dating back to the late 1990s, and that it may have clouded the titles of millions of homes. If the settlement is agreed to, it will let Wall Street bankers off the hook for crimes that would land the rest of us in jail – fraud, forgery, securities violations and tax evasion.

To the president’s credit, however, he seems to have shifted his position on the settlement in response to protests before his State of the Union address. In his speech on Jan. 24, President Obama did not mention the settlement but announced instead that he would be creating a mortgage crisis unit to investigate wrongdoing related to real estate lending. “This new unit will hold accountable those who broke the law, speed assistance to homeowners and help turn the page on an era of recklessness that hurt so many Americans,” he said.

The deeper question is why

Whether massive robo-signing occurred is no longer at issue. The question that still needs to be investigated is why it was being done. The alleged justification – that they were so busy they cut corners – hardly seems credible given the extent of the practice.

The robo-signing largely involved assignments of mortgage notes to mortgage servicers or trusts representing the investors who put up the loan money. Assignment was necessary to give the trusts legal title to the loans. But according to consumer attorneys April Charney and O. Max Gardner III, who have reviewed large numbers of these cases, the banks that originally signed the notes with the homeowners virtually never assigned them over to the trusts, as required by governing law and the terms of the trust documents. Robo-signing occurred long after the fact, and it was done routinely across the industry. That means it must have served some industry purpose. But what?

Here is a working hypothesis, suggested by Martin Andelman: Securitized mortgages are the “pawns” used in the pawn shop known as the “repo market.” “Repos” are overnight sales and repurchases of collateral. Yale economist Gary Gorton explains that repos are the “deposit insurance” for the shadow banking system, which is now larger than the conventional banking system and is necessary for the conventional system to operate. The problem is that repos require “sales,” which means the mortgage notes have to remain free to be bought and sold. The mortgages are left unendorsed so they can be used in this repo market.

The evolution of the shadow banking system

Gorton observes that there is a massive and growing demand for banking by large institutional investors – pension funds, mutual funds, hedge funds, sovereign wealth funds – which have millions of dollars to park somewhere between investments. But FDIC insurance covers only up to $250,000. FDIC insurance was resisted in the 1930s by bankers and government officials and was pushed through as a populist movement: the people demanded it. What they got was enough insurance to cover the deposits of individuals and no more. Today, the large institutional investors want similar coverage. They want an investment that is secure, that provides them with a little interest, and that is liquid like a traditional deposit account, allowing quick withdrawal. 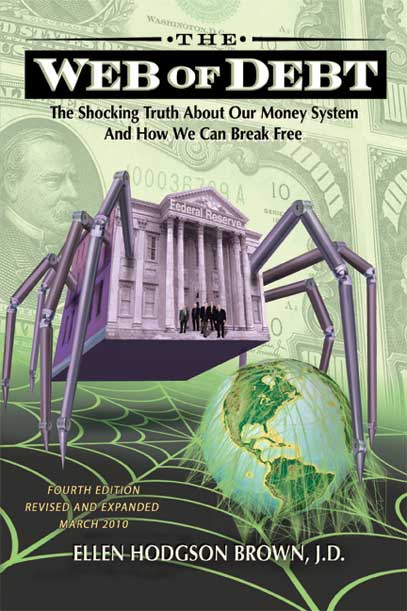 The shadow banking system evolved in response to this need, operating largely through the repo market. “Repos” are sales and repurchases of highly liquid collateral, typically Treasury debt or mortgage-backed securities – the securitized units into which American real estate has been ground up and packaged, sausage-fashion. The collateral is bought by a “special purpose vehicle” (SPV), which acts as the shadow bank. The investors put their money in the SPV and keep the securities, which substitute for FDIC insurance in a traditional bank. (If the SPV fails to pay up, the investors can foreclose on the securities.) To satisfy the demand for liquidity, the repos are one-day or short-term deals, continually rolled over until the money is withdrawn.

All behind the curtain of MERS

The housing shell game was made possible because it was all concealed behind an electronic smokescreen called MERS (an acronym for Mortgage Electronic Registration Systems, Inc.). MERS allowed houses to be shuffled around among multiple, rapidly changing owners while circumventing local recording laws. Title would be recorded in the name of MERS as a place holder for the investors, and MERS would foreclose on behalf of the investors. Payments would be received by the mortgage servicer, which was typically the bank that signed the mortgage with the homeowner. The homeowner usually thinks the servicer is the lender, but in fact it is an amorphous group of investors.

This all worked until courts started questioning whether MERS, which admitted that it was a mere conduit without title, had standing to foreclose. Courts have increasingly held that it does not.

Making matters worse for the servicing banks, Fannie Mae sent out a memo telling servicers that in order to be reimbursed under HAMP – a government loan modification program designed to help at-risk homeowners meet their mortgage payments – the servicers would have to produce the paperwork showing the loan had been assigned to the trust.

The hasty solution was a rash of assignments signed by an army of “robosigners,” to be filed in the public records. But the documents are patent forgeries, making a shambles of county title records. 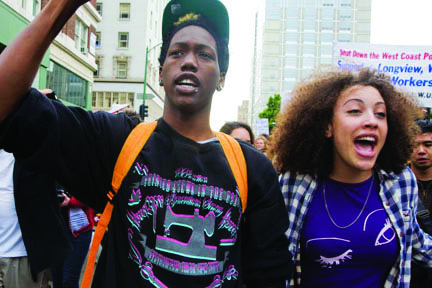 Complicating all this are tax issues. Since 1986, mortgage-backed securities have been issued to investors through SPVs called REMICs (Real Estate Mortgage Investment Conduits). REMICs are designed as tax shelters; but to qualify for that status, they must be “static.” Mortgages can’t be transferred in and out once the closing date has occurred. The REMIC Pooling and Servicing Agreement typically states that any transfer significantly after the closing date is invalid.

Yet the newly robo-signed documents, which are required to begin foreclosure proceedings, are almost always executed long after the trust’s closing date. The whole business is quite complicated, but the bottom line is that title has been clouded not only by MERS but because the trusts purporting to foreclose do not own the properties by the terms of their own documents.

John O’Brien, register of deeds for the Southern Essex District of Massachusetts, calls it a “criminal enterprise.” On Jan. 18, he called for a full scale criminal investigation, including a grand jury to look into the evidence. He sent to Massachusetts Attorney General Martha Coakley, U.S. Attorney General Eric Holder and U.S. Attorney Carmen Ortiz over 30,000 documents recorded in the Salem Registry that he says are fraudulent.

The bankers have engaged in what amounts to a massive fraud, not necessarily because they started out with criminal intent, but because they have been required to in order to come up with the collateral – in this case real estate – to back their loans. It is the way our system is set up: The banks are not really creating credit and advancing it to us, counting on our future productivity to pay it off, the way they once did under the deceptive but functional façade of fractional reserve lending. Instead, they are vacuuming up our money and lending it back to us at higher rates.

The banks are not really creating credit and advancing it to us, counting on our future productivity to pay it off, the way they once did. Instead, they are vacuuming up our money and lending it back to us at higher rates.

“Instead of lending into the economy,” says British money reformer Ann Pettifor, “bankers are borrowing from the real economy.” She wrote in the Huffington Post in October 2010: “[T]he crazy facts are these: Bankers now borrow from their customers and from taxpayers. They are effectively draining funds from household bank accounts, small businesses, corporations, government treasuries and from, e.g., the Federal Reserve. They do so by charging high rates of interest and fees, by demanding early repayment of loans, by illegally foreclosing on homeowners, and by appropriating and then speculating with trillions of dollars of taxpayer-backed resources.”

Not only has the system destroyed county title records, but it is highly vulnerable to bank runs and systemic collapse. In the shadow banking system, as in the old fractional reserve banking system, the collateral is being double-counted: It is owed to the borrowers and the depositors at the same time. This allows for expansion of the money supply, but bank runs can occur when the borrowers and the depositors demand their money at the same time. And unlike the conventional banking system, the shadow banking system is largely unregulated. It doesn’t have the backup of FDIC insurance to prevent bank runs.

That is what happened in September 2008 following the bankruptcy of Lehman Brothers, a major investment bank. Gary Gorton explains that it was a run on the shadow banking system that caused the credit collapse that followed. Investors rushed to pull their money out overnight. LIBOR – the London interbank lending rate for short-term loans – shot up to around 5 percent. Since the cost of borrowing the money to cover loans was too high for banks to turn a profit, lending abruptly came to a halt.

The question is how to eliminate this systemic risk. As noted by The Business Insider: “Regulate shadow banking more tightly, and you probably have to also provide government backstops. Shudder. Try to shut the thing down or restrict it and you suck credit out of the system, credit which much of the non-financial ‘real’ economy uses and needs.” 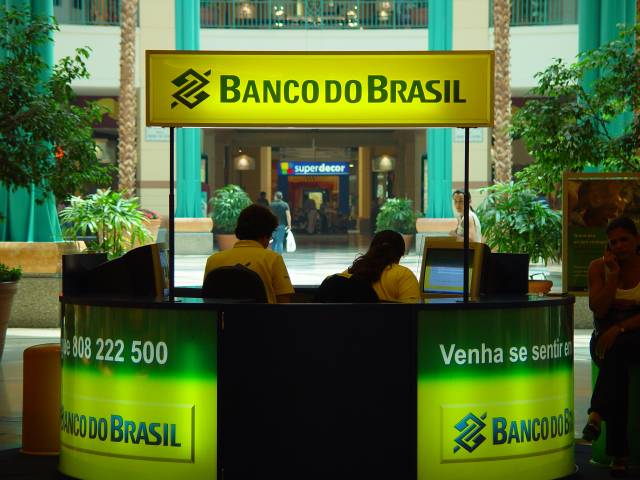 Interestingly, countries with strong public sector banking systems largely escaped the 2008 credit crisis. These include the BRIC countries – Brazil Russia, India and China – which contain 40 percent of the global population and are today’s fastest growing economies. They escaped because their public sector banks do not need to rely on repos and securitizations to back their loans. The banks are owned and operated by the ultimate guarantor – the government itself. The public sector banking model deserves further study.

A system that requires the slicing and dicing of mortgages behind an electronic smokescreen so they can be bought and sold as collateral for the pawn shop of the repo market is fraught with perils and is unsustainable.

Whatever the solution, a system that requires the slicing and dicing of mortgages behind an electronic smokescreen so they can be bought and sold as collateral for the pawn shop of the repo market is obviously fraught with perils and is unsustainable. Please contact your state attorney general and urge him or her not to go through with the robo-signing settlement, which will be granting immunity for crimes that are not yet fully known. Phone numbers are here. The surface of this great shadowy second banking system has barely been scratched. It needs a very thorough investigation.

Ellen Brown is an attorney in Los Angeles and president of the Public Banking Institute. In “Web of Debt,” her latest of 11 books, she shows how a private cartel has usurped the power to create money from the people themselves and how we the people can get it back. Her websites are WebofDebt.com and EllenBrown.com. She can be reached at ellenhbrown@gmail.com. The Bay View contributed some of the citations in this story.