Haiti Chery – Back in May 2011, undistracted by Haiti’s $4.5-million presidential inauguration, I sounded the alarm about a brewing legislative coup d’etat: 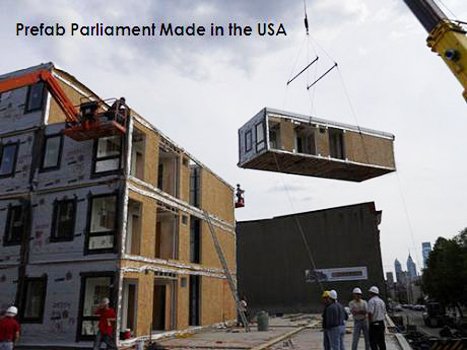 “Within five days of being seated and, in two meetings totaling less than 20 hours, Haiti’s newly assembled 49th legislature modified over 100 articles of the 1987 Constitution.

“[The amended] document was drafted and voted on so quickly that, when the parliamentary session closed, the president of the assembly had no time to reread to the lawmakers the amendments on which they had voted the two previous days.”

By contrast to these hastily crafted amendments, the 1987 Constitution had been approved by 90 percent of the voters in a popular referendum that followed the document’s publication in Creole and French. A hallmark of this constitution was the decentralization of the government and reduction of executive power. Details of the constitution and proposed amendments are discussed in my article.

Despite many years of the corruptive influence of a coalition of colonial powers, the 1987 Constitution has not only thwarted a return to a dictatorship, but also prevented foreign concerns from buying the country wholesale from well-cultivated officials of the executive branch.

One of the proposed amendments to the 1987 Constitution stated: “From now on, until the municipal elections of 2013, all Haiti’s mayors will be replaced by ‘Municipal Agents’ designated by the central government.”

The reason offered for this proposal was the high cost of elections. In fact, this move was meant to dismantle local governments so as to confiscate resources such as commons lands and waters.

In fact, this move was meant to dismantle local governments so as to confiscate resources such as commons lands and waters.

Due to a series of gaffes – and outcries by some lawmakers who pointed out that a draft of the amendments did not correspond to their discussions – the project was quietly dropped, and Martelly was grudgingly forced to swear to uphold the 1987 Constitution.

Interestingly, as Martelly was about to take his oath of office, the microphone went silent and, for all we know, he might have instead insulted somebody’s mother, as is his way. An investigation discovered that, despite the best security money could buy, the power cord to the microphone had been sliced with an instrument as unsubtle as a machete. Apart from concluding that the Haitian gods have an odd sense of humor, one could logically say that, since no one heard what Martelly swore to do, he was never actually inaugurated president of the republic.

On Feb. 24, while everyone was distracted by the resignation of former Clinton aide and U.N. employee Gary Conille from the prime ministerial post, an attempt was under way to replace 13 of Haiti’s mayors with presidential appointees.

The following government communique appeared under the cover of the Carnaval festivities:

“The President’s Office of Communication informs the population in general and the press in particular that, by a presidential decree of Jan. 18, 2012, until the next elections the citizens whose names are this list have been named the Regional Commission members for each of the following regions:

“And by a decree of Dec. 7, 2011, the following individuals are chosen for the posts of general secretary in the six Departmental Delegations:

“The president reiterates his confidence in the willingness and competence of these new members of the administration to achieve his objective, which is none other than to improve the situation of the Haitian population and give a new image to the country.” 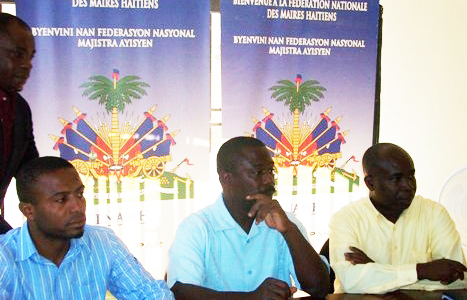 It is up to the regions’ citizens to make sure these charlatans never set foot in their city halls and other government buildings.

On Feb. 23, the National Federation of Haitian Mayors (FENAMH) gave a press conference to alert the population about the recent developments.

FENAMH President Charles Pierre Moise said that letters of dismissal had been received by the following mayors:

According to Mayor Marc Andre Dubois, a new mayor arrived in Ennery on Friday, Feb. 18, and preceded by two days a letter that said he should meet with his replacement who is “taking an inventory of the heritage of Ennery.”

This current attempt at a wholesale dismissal is hardly the worst to have happened to Haiti’s mayors since the country’s foreign occupation began.

On Feb. 3, for example, the writer Jean-Claude Fignole, who is also the mayor of Abricots and chair of the Association of Mayors of Grand Anse, felt compelled to write the following open letter in the newspaper Le Nouvelliste.

“From various sources, I recently learned that Departmental Delegate of Grand Anse, Mr. Norman Wiener, wrote a letter to President Martelly in which he denounced my efforts to decentralize and develop the Grand Anse Department as undermining the authority of the president and government and therefore being detrimental to national security. 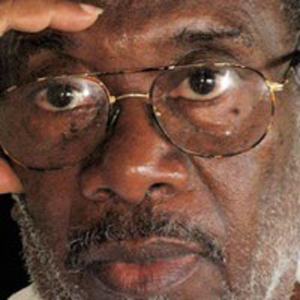 “Thus we are thrown back to a time as insane and criminal as that of previous dictatorships, when their stooges, to reap the benefits from the exercise of unbridled power, managed to see conspiracies everywhere.

We are thrown back to a time as insane and criminal as that of previous dictatorships, when their stooges, to reap the benefits from the exercise of unbridled power, managed to see conspiracies everywhere.

“According to all, pursuant to this denunciation, my life is under threat. I ask you to alert the citizenry, and national and international agencies for the protection of human rights, about this new trend and its execution by local satrap at the service of who knows what interest and unhindered in their villainy.

“I also take this opportunity to suggest that an Investigative Commission be sent to Grand Anse to monitor my activities either as Mayor of Abricots or as the head of the Association of the Mayors of Grand Anse, to find out if these activities are contrary to my mandate to help my community and my department anchor their dreams and wishes of decentralization in the forthcoming plans for development.

“Wishing, in spite of everything, that President Martelly would not be so gullible as to swallow Mr. Wiener’s nonsense, I beg you, dear Mrs. Gilles, to accept my best regards.

In Ganthier, a border town that is coveted as a base for a legion of NGOs, including Wyclef Jean’s Yele Haiti, a wealthy family with its own police force took over 9,000 acres of commons land so as to sell it to local police and corrupt government officials. When Mayor Ralph Lapointe supported a group of farmers who opposed the land grab, Mayor Lapointe’s life was threatened, and he was beaten within sight of the local police, who did nothing whatever to help him. He was rescued by the town people. Later, he and his City Hall director, Mr. Jean Vilvalex Cetoute, were arrested and jailed in a neighboring town.

In Ganthier, a border town that is coveted as a base for a legion of NGOs, including Wyclef Jean’s Yele Haiti, a wealthy family with its own police force took over 9,000 acres of commons land so as to sell it to local police and corrupt government officials.

In Milo, a northern district near Cap Haitien, shortly after the coup against President Jean-Bertrand Aristide, French soldiers and U.N. troops, at 4 a.m. on June 14, 2004, invaded and ransacked the house of Mayor Jean-Charles Moise. When they discovered the mayor to be away, the soldiers took his wife into custody and abandoned the couple’s frightened young children to themselves.

With regard to the current assault on the mayors, FENAMH President Charles Pierre Moise pointed out at the press conference that the appointment of new mayors by the executive branch is “contrary to the Constitution, which requires that an elected replaces one elected.”

Member of Parliament Romial Smith, chair of the Committee on Local Authority in the House of Representatives, has accused Secretary of the Interior Georges Racine of being behind the wave of dismissals and violating the law. MP Smith informed the parliament: “We do not recognize the authority of these [executively appointed] judges, and an elected must be replaced with one elected.”

MP Smith added that the newly nominated mayors had been given free rein to squander the municipalities’ funds and advised that the government put into place the mechanisms for the next elections.

The persecution of the mayors, a larcenous and unsubtle bid at a return to dictatorship, is a reminder that Haiti’s municipal executives currently constitute the country’s most legitimate government.

The persecution of the mayors, a larcenous and unsubtle bid at a return to dictatorship, is a reminder that Haiti’s municipal executives currently constitute the country’s most legitimate government. In this context, it is worth noting that it was Mirebalais Mayor Lochard Laguerre who first led Al Jazeera and Associated Press journalists to the Nepalese U.N. base that had been dumping its choleric sewage into the Meille tributary to the Artibonite River. 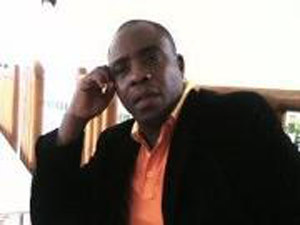 The great majority of mayors are not the stooges of foreign powers but legitimately elected, upstanding citizens of their communities. Their persecution by a “Vichy administration” ought to be regarded as strong evidence of their patriotism.

In fact, rather than the dismissal of the mayors by the executive, a move by an association of legitimately elected mayors to dismiss and replace a foreign-picked executive branch would be closer to the spirit of the 1987 Constitution, which sought to decentralize power and promote national sovereignty. Such a proposal should be entertained when amendments to the Constitution are next considered.

Rather than the dismissal of the mayors by the executive, a move by an association of legitimately elected mayors to dismiss and replace a foreign-picked executive branch would be closer to the spirit of the 1987 Constitution, which sought to decentralize power and promote national sovereignty.

As the world wrings its hands, searching where the aid money went, it is worth noting that aid sent directly to Haiti’s mayors would be far more likely to improve the lots of Haitians than aid sent to foreign non-governmental organizations (NGOs) or Haiti’s central government.

It is imperative, right now, that we turn away from the spectacle of yet another prime ministerial clone’s dismissal and shine a spotlight on the ongoing coup d’etat: the assault against some of Haiti’s most stalwart civil servants so as to concentrate power in a dictatorial executive branch.

5. The battle in Haiti for a town called Ganthier: Complicity of NGOs in a land grab, by Dady Chery

Comment by Pierre Labossiere, co-founder of the Haiti Action Committee

This is one of the arenas where Martelly in true “Tonton Macoute” fashion is moving swiftly and steadfastly to restore the Duvalierist dictatorship with the support of the occupation establishment. Already the former military has taken over their old barracks and are parading with brand-new weapons and uniforms. Martelly associates have claimed that France has pledged the funds to restore the former military.

Threats, violent attacks against various critics and arbitrary arrests are on the rise as people close to Martelly, including himself on one occasion, have taken to put out the slogan, “Martelly a vie” or “Martelly for life,” similar to “Duvalier a vie” of the Duvalier dictatorship, to his great delight, according to various reports. Already the presidents of the Haitian Senate and Assembly have issued an appeal to the nation to stand up against the dictatorial moves being made by Martelly.