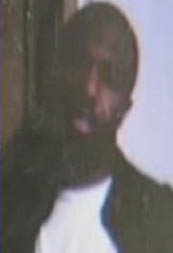 “I talked to my son. My son said ‘Mama, the officers [are] lying. They watched me get out of the car. They watched me walk. They started speeding up and I took off running across the street and when I took off running and I heard the gun go pow, pow, pow,’” Jones’ mother, Betrina Works-Grant, told KGO. “He said he was running with his hands like this [at his sides]. The police shot at him and shot him in his back. They never said they [were] the police.”

“He said he was running with his hands like this [at his sides]. The police shot at him and shot him in his back. They never said they [were] the police,” said Jones’ mother, Betrina Works-Grant.

Jones “knows what happened to his cousin, Oscar Grant, and he is a young guy. He’s 24 years old. Maybe he wasn’t thinking properly by running, but that does not give them the right to use unreasonable force to shoot him in the back,” the San Francisco Chronicle reported, quoting Jones’ attorney, Waukeen McCoy, who said the shooting occurred at 11:45 p.m. in the 2000 block of 62nd Avenue.

According to Reuters: “McCoy characterized the Jones case police brutality, saying an unidentified woman was giving Jones a ride from his mother’s house to his girlfriend’s house when police stopped the vehicle because they suspected it of being used in another crime.

“Jones, an unemployed Oakland resident, got out of the vehicle, and police allowed the vehicle to leave the scene but followed Jones in a patrol car, McCoy said.

“‘He started running because it got to close to him,’ said McCoy. When Jones ran, a police officer shot him, said McCoy.”

“Maybe he wasn’t thinking properly by running, but that does not give them the right to use unreasonable force to shoot him in the back,” declared Jones’ attorney, Waukeen McCoy.

KGO reports: “While police have not identified Jones by name, they say a passenger with a gun ran from the vehicle and was shot by an officer. Jones’s mother and attorney deny he had a gun. …

“For several hours, attorney Waukeen McCoy says he was denied the right to meet with his client at the hospital, going so far as to take a picture of the Oakland officer he says refused entry after Jones requested to see his attorney.

“‘We believe what happened is that the Oakland Police Department is hiding the fact that they shot him in his back while he was retreating from them,’ said McCoy.”

The news comes on the heels of the San Francisco District Attorney George Gascon, formerly the police chief, announcing BART police officer “acted lawfully” when he shot and killed a knife-wielding homeless man on a train platform.

“Officer (James) Crowell only fired at (Charles) Hill after recognizing an imminent threat of serious bodily injury and commanding Hill to drop the knife,” the report said, according to the Bay Citizen. “Officer Crowell fired at Hill in self-defense.”

In August 2011, Colorlines.com published a two-year long investigation that identified 16 Oakland police officers still on duty who were responsible for more than half of the department’s officer-involved shooting incidents in the past decade. These repeat shooters operate behind a wall of secrecy, built over decades and sealed with a 2006 California Supreme Court decision blocking public access to personnel records.

“The use of deadly force by a police officer is of great concern in the African American community.” – John Burris

Reuters concluded its story on Tony Jones with a statement by John Burris, attorney for Oscar Grant’s family, who confirmed the relationship between Jones and Grant and added, “The only parallel is that he was shot by a police officer, and the use of deadly force by a police officer is of great concern in the African American community.”

Jorge Rivas, multimedia editor and pop culture blogger for Colorlines.com, where this story first appeared, earned his B.A. in Raza Studies from San Francisco State University. Follow him on Twitter at @thisisjorge. Bay View staff contributed to this story with information from additional sources.