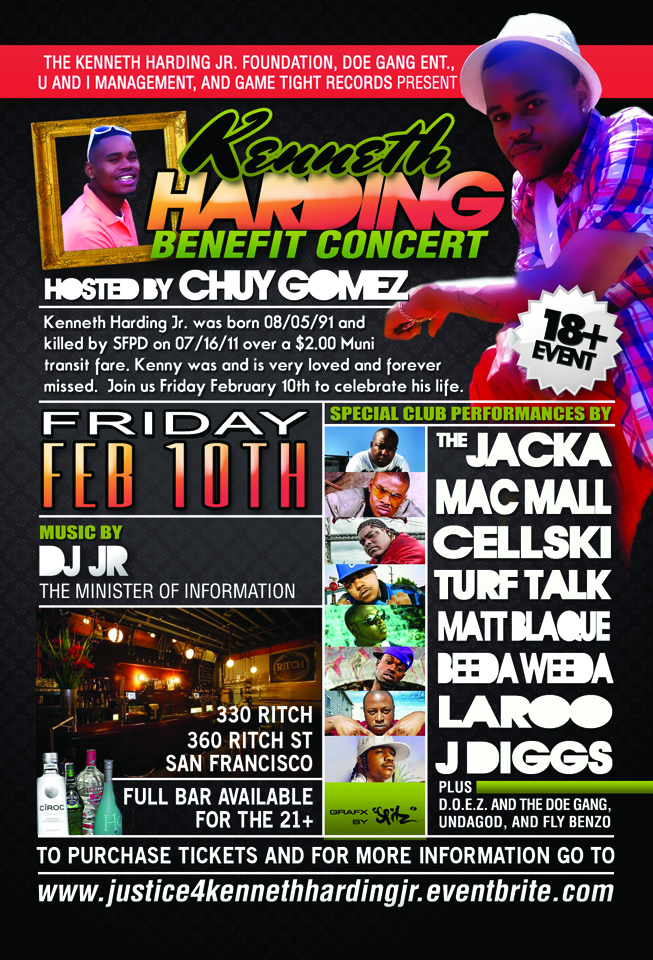 Our next guest is the mother of Kenneth Harding, 19-year-old unarmed Black man who was shot in mid-July [2011] over a $2 dollar bus transfer by the San Francisco Police Department. We have his mother live in the studio today. Her name is Denika Chatman.

M.O.I. JR: Can you tell the people a little bit about your son, Kenneth Harding? Who was Kenneth Harding before he was murdered by the San Francisco Police Department in such an atrocious way?

M.O.I. JR: Can you tell the people a little bit about what happened in the middle of July.

Denika Chatman: Yes. My son, Kenny, he was on a T-train in San Francisco, Muni transit. And the police pretty much racially profiled him, approached him, asked him to supply proof of purchase of transfer for being on the train. And when he didn’t supply it, they removed him from the train where at that time he just had sat for a moment and then he took off running. And while he was running, he was running with his hands up.

And they still shot him down and allowed him to lay in the streets for over 28 minutes while he bled out and died. They wouldn’t allow the paramedics through to try to help him.

And, basically, I feel like he was ambushed because they came at him from two different directions over a $2 transit fare.

M.O.I. JR: I just want to put it out there that this is on YouTube. They can put Kenneth Harding into YouTube and this will come up.

Denika Chatman: That is correct. There was over 150 people out there that day. So, everybody pulled out their phones and started recording. And that’s why there are so many videos of my son’s death on there. 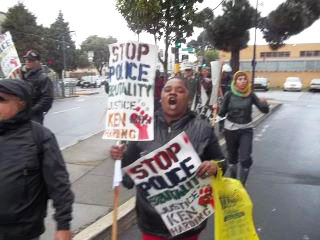 And I’ve never seen it. I don’t want to see it. But I do get the sympathy calls and support from everyone else who has seen them.

Denika Chatman: That’s where the majority of my support comes from. As far as Fly, him and his brother Pladee have been assaulted, hospitalized, incarcerated for speaking openly about what they witnessed on that day and for still speaking out in regards to it, which I don’t understand because there’s also a YouTube of what happened to Fly Benzo. And I don’t understand why the courts won’t just use that as evidence and see what actually occurred on that day and that the police provoked all of this and just drop the charges.

And that’s why I endorse his campaign. Free Fly Benzo. His brother Pladee he was assaulted as well.

Kilo Perry, the police have harassed him on several occasions; he has been incarcerated for speaking out for the murder of my son, for what he saw the police do.

M.O.I. JR: Isn’t the San Francisco Police Department pushing charges that could result in Fly Benzo, otherwise known as DeBray Carpenter, where he could be facing years in prison?

Denika Chatman: That is correct. And I carry a lot of the guilt behind that because the battle he’s fighting is because he stood up for what he felt wasn’t right, the injustice done to my son. And because of that he is looking at a lot of prison time. And that’s why I’m fighting so hard for him on his side in solidarity because something has to be done. And he shouldn’t have to go through this behind speaking out against injustice.

Denika Chatman: Yeah. On Jan. 22, we are having a peaceful protest march and rally starting at Third Street and Oakdale, my son’s murder spot. That is San Francisco. 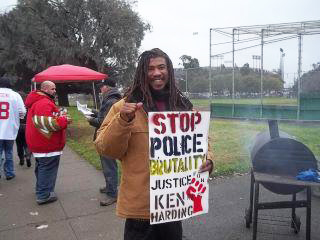 And we are marching over to Candlestick Stadium to surround it. It’s the NFC playoff championship game and we know that the 49ers are going to make it there. So, we’re just trying to bring awareness to the game-goers that we don’t have no problem with you enjoying your game. We’re not even trying to disrupt the game. We just want to bring awareness that right outside of this stadium, the police are killing our children.

M.O.I. JR: Right. Can you also talk a little bit about this concert that you have comin’ up?

Denika Chatman: Yes. I can touch on it. We’re having a big benefit concert for my son on Feb. 10. And I’ll just list a couple of the artists who will be there: The Jacka, J-Diggs, Mac Mall, Turf Talk, Beeda Weeda.

Denika Chatman: Yes. Everything is still being collaborated, put together, so we’re just waiting on finalization right now. But everything is approved to go.

M.O.I. JR: How has the police been responding to you and your family since this murder occurred?

Denika Chatman: Well, I went down to the Office of Citizen Complaints in San Francisco to turn in my complaint. At that time, I had only been in my new home for not even 10 days. And at that time they were the only ones who had my address, my physical address, because I had to put it on the paperwork. And within three to five days my home address was listed under Google with step-by-step directions on how to get to my home.

And I haven’t had any interactions with the police. However, they still haven’t been forthcoming with any of the evidence, or the videotapes, or anything to prove that they did a righteous kill.

Denika Chatman: Well, we just established the Kenneth Harding Jr. Foundation. If you would like to support, you can come to our meetings. You can also follow me on Facebook at Justice 4 Kenneth Harding Jr. And you can actually see everything that we’ve done up until this point as well as find out all the upcoming events. And also posted on the page, anything that’s needed or anything that has to do with the foundation, we post it up there, so that if people want to participate or become part of his committee, they are welcome to do so.

M.O.I. JR: Well, Denika, I just want to salute you for standing on the front line when you’ve faced such an atrocity to your own family, the atrocious murder of your own son by somebody who was a so-called public servant. 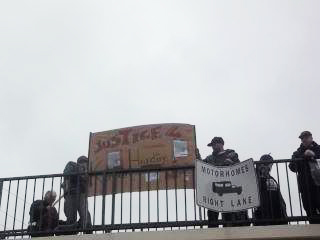 Do we know the name of the police officer that killed your son?

Denika Chatman: There were actually four of them. And all their names are listed on the Justice 4 Kenneth Harding Jr. site as well.

M.O.I. JR: Well, thank you for standing on that front line. We appreciate your strength and your commitment and dedication. And you know the Block Report is behind you.

Denika Chatman: Bless you, JR. I also want to thank you for being a part of my son’s board, being part of our foundation.

And one thing that a lot of people don’t know: They can go get the [January] issue of the Bay View newspaper and read my story. It’s called “Picking up the pieces.” And on there, I’m actually giving shoutout to you for coming to Seattle to see about me and my family after all of this occurred, to you for being on the front line with me in supporting me throughout all of this, to all my front-runners who are still standing on the front line, who didn’t allow the police to get to them and silence them: Kilo Perry, Fly Benzo, Pladee Clayton, all o’ y’all. I just want to thank my true soldiers.

Denika Chatman: Thank you for having me.

The People’s Minister of Information JR is associate editor of the Bay View, author of “Block Reportin’“ and filmmaker of “Operation Small Axe,” both available, along with many more interviews, at www.blockreportradio.com. He also hosts two weekly shows on KPFA 94.1 FM and kpfa.org: The Morning Mix every Wednesday, 8-9 a.m., and The Block Report every Friday night-Saturday morning, midnight-2 a.m. He can be reached at blockreportradio@gmail.com.