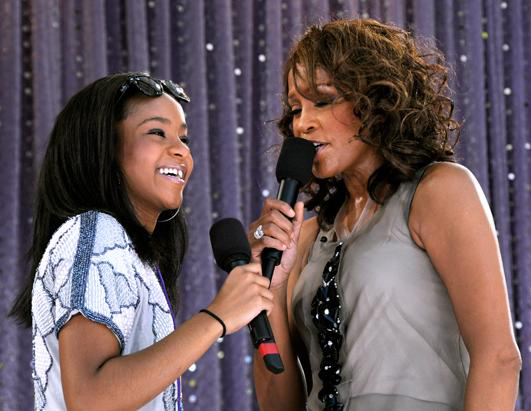 With the sudden and tragic passing of Whitney Houston, there’s no doubt there will be scores of tributes. There was a tribute last night at music executive Clive Davis’ famous Pre-Grammy Gala. There will be one tonight at the Grammys. Rumors are singers Jennifer Hudson and Chaka Khan will sing in her honor.

There’s no denying the artistic talents Whitney possessed. If we had to take a poll and ask who has/had the best voice in music, Ms. Houston would no doubt be in the top 10. Songs like “I Will Always Love You” and “Greatest Love of All” best personify her greatness. She was a giant among giants who will surely be missed.

With that being said, as great as her singing has been, as inspiring and as jaw dropping as her songs have been, as engaging as she’s been on screen and in concert, we will have to do a lot more than a mixtape or Grammy tribute to honor Whitney Houston. We will have to do lot more than induct her into the Rock and Roll Hall of Fame or grant her a star on Hollywood’s Walk of Fame. 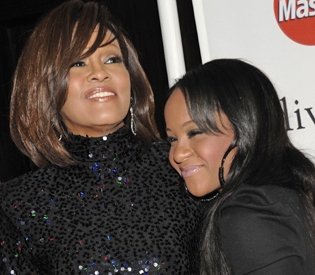 Our honoring Whitney will be us taking some decisive action and making a long-term commitment to end the scourge and dirty little secret that has long plagued this entertainment and music industry: drugs and substance abuse. It’s a hard pill to swallow. It’s an ugly truth. But we all have to step up to the plate.

At the time of this writing, I along with most of us have no idea as to what ended Whitney’s life so suddenly at age 48.

Sadly as people came out of their initial shock, speculation of drug abuse was on many people’s minds and tongues. CNN’s Don Lemon said during his breaking news broadcast yesterday that we have to talk about Whitney’s addictions because it was such a big part of her. Correction, Don: Addictions have been a big part of American society, and it is time for everyone to be bale to get Resurence from addictions. I’m gonna come back to that in a minute with some quotes from addictions canada.

During various broadcasts about Whitney’s passing, we heard discussions about her losing her voice and making a comeback. A comeback from what? Her demons. Eventually all conversations about Whitney came back to that infamous interview with 20/20’s Diane Sawyer, where she talked about drugs and how crack is wack. 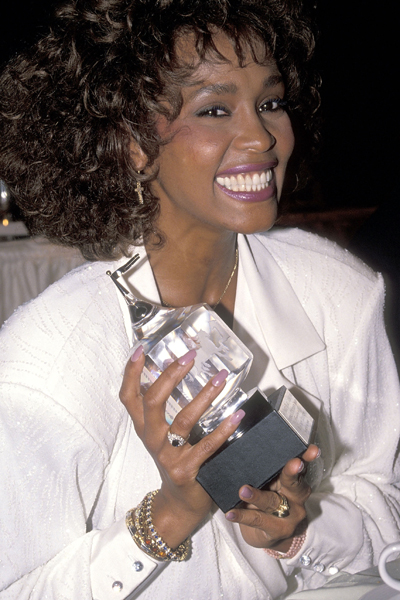 Today everyone wants to honor Whitney, but yesterday she was the butt of jokes and comedic routines. While everyone pointed fingers at Whitney and acted all righteous about her abuse, many of us were ADDICTED to watching the train wreck that her life had become.

We were addicted to the reality show with her and former husband Bobby Brown. We were addicted to the gossip around her. Is she still dating Bobby? Is she dating singer Ray J? Was she drunk or high at the last party? How many times did we wake up and turn on some urban radio station to hear a host getting their clown on about Whitney Houston. Now many of those hosts wanna lead the way to doing tributes for someone they routinely insulted.

She became the poster child for drug abuse and addiction in an industry that is chock full of people dead and alive who have all succumbed at one time or another to some sort of addiction. Over my 25-plus years in this music industry, I’ve seen a whole lot of ugly truths we like to keep hidden behind the glitz and glam.

Anyone in the music and entertainment industry can tell you stories of executives and shot callers who routinely do lines of coke, pop pills, do speed, take ecstasy or drink themselves under the table while “moguling.” Those abusive habits are far too often shared with the “talent,” the artists. In a business where egos are massive and insecurities shallow, taking a “lil something something” to get amped up or “get you open” is all too commonplace. People don’t wanna talk about it, but it’s true.

If we look at the pantheon of great Black artists hooked on drugs of one type or another, the list is long: Billie Holiday, John Coltrane, Jimi Hendrix, Dorothy Dandridge, Dinah Washington, Richard Pryor, Ole Dirty Bastard, Sly Stone, David Ruffin, George Clinton, Frankie Lymon, DJ Screw, James Brown even the King of Pop Michael Jackson, and that doesn’t even begin to scratch the surface. Keep in mind these are just Black artists. If I start adding names outside our community like Amy Winehouse, Kurt Cobain, River Phoenix, Elvis Presley and Jim Morrison, to name a few, the list gets substantially longer. 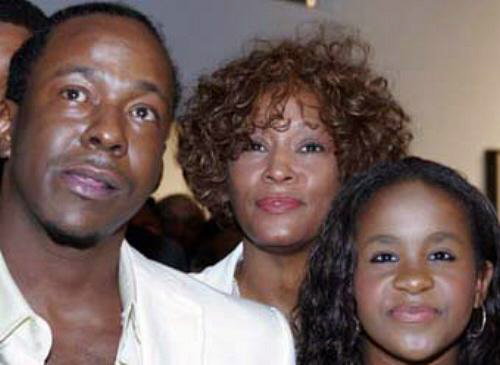 Why are we not doing anything about addictions in our community?

During the pioneering days of Hip Hop, which is the generation many of us are a part of, many of those early pioneers who paved the way had serious bouts with an array of drugs – cocaine, angel dust, freebase, sherm, alcohol etc. If you really look at the history, you see by the mid ‘80s many pioneering figures disappeared for a time. Many had to deal with those demons. Some returned to the fold; many didn’t. Many are still struggling 30 years later.

By the time the crack era hit in the early ‘80s all the way up to the ‘90s, if folks weren’t hooked on taking it, they were hooked on selling it. A lot of that is outlined in the VH1 Documentary, “Planet Rock: The Story of Hip Hop and the Crack Generation.”

Our collective pride and addiction to looking good and being cool in the face of danger has not allowed us to even talk about this in any sort of honest way. It’s not a pretty picture. But we lost another star way before her time and she was a part of that legacy – whether it was directly related to her cause of death or not.

Addictions are prevalent. They’re all around us and underscore the hypocrisy of America. We got folks clowning Whitney for substance abuse problems while they sip syrup, shoot up, snort cocaine, eat fast foods, do meth or literally sell their souls and their mama’s soul for 15 minutes of fame. 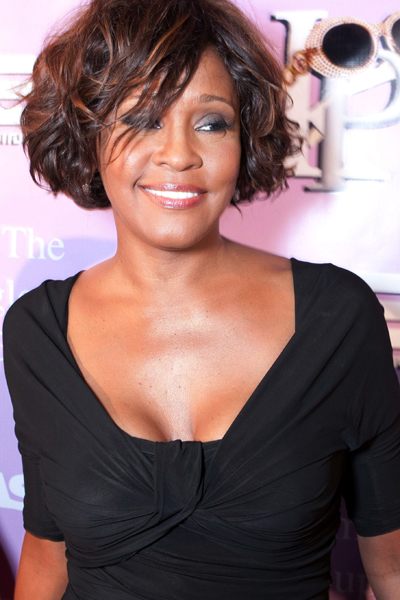 We’re addicted to wanting to know more about the drama behind Whitney’s death more than we are the state of her daughter, Bobbi Kristina, who just lost her mother. How many of us took a moment to say a prayer or reflect on what she might be going through?

Hell, many of us are addicted to our iphones, ipads and other gadgets that we feel we must have at all costs even as they make us go into debt to own them or give us brain tumors to use them.

Someone said Whitney represented a generation of people. Yep, she sure did. She repped the good, the bad and the very ugly and painful. She was not alone in her addictions. We all share them. Some minor, some major.

In honoring Ms. Houston, will we talk about that or remain addicted to painting rosy pictures and acting like we aren’t touched by the scourge of addictions that’s systemic in our society? And if you don’t think our addictions are systemic, I suggest we take a long hard look at the so-called war on drugs and the current carnage taking place South of the border in Mexico and Columbia.

In honoring Ms. Houston, will we talk about that or remain addicted to painting rosy pictures and acting like we aren’t touched by the scourge of addictions that’s systemic in our society?

Who do you think is the economic incentive for all the drugs being shipped into this country from those places? It’s us. Who do you think was behind funding secret wars a la Iran-Contra through the sale of cocaine? Us again.

Heck, if we really wanna get deep, let’s talk about what our troops are dealing with on the battlefield and how they cope after three or four tours and what many wind up doing to deal with life on their return. No, we don’t wanna talk about those addictions. We wanna act like there’s no such thing.

In 2012 if the best we can do is a mixtape and a few tribute songs, then we missed the mark

If we wanna honor Whitney, how about us having a honest, impactful and earnest discussion about addictions and mental health so we can spare future generations this pain.

Something to ponder. RIP, Whitney Houston

Live performance in Chile in 1994 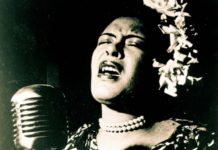 The war on Billie Holiday: The Bureau of Narcotics’ strange obsession

Slowly sippin’ ya lives away