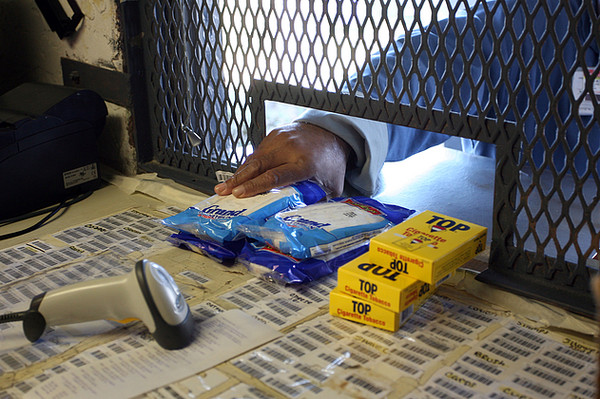 As a convict commentator, I would be remiss if I failed to provide an analysis of my own observations and those from various sources relative to the prisoncrats’ response to our legitimate efforts to compel accountability and transparency within the CDCR (California Department of Corrections and Rehabilitation).

The initial mass hunger strike, a nonviolent protest, did catch prisoncrats flat-footed since the institutionalized promotion of ethnic sectarianism and tribal conflicts was generally a non-factor, which means it proved successful in many ways and educational to the prisoners.

We all should know that what prisoncrats provided the public media was subterfuge so as to relax their guard. As to prisoners, they have sought to patronize us with petty privileges while the erosion of civil and human rights continues.

Prisoncrats only bought time to adapt a new ominous strategy of policies and practices so as to maintain the current status quo, which has caused some prisoners to question the hunger strike strategy, which I must point out is only one form of nonviolent protest at our disposal.

We need not question whether it’s time to continue advancing the true core demands that fall into the realm of rights and not privilege. Retreating is not an option based upon fear of prisoncratic retaliatory actions; that is always a given.

Retreating is not an option based upon fear of prisoncratic retaliatory actions; that is always a given.

Sure, the CDCR has implemented new policies and practices designed to discourage and break the backs of participants in the pursuit of peaceful protest on the premise that mass hunger strikes cause disruption to prison order and programming etc. However, the legitimate order and program being claimed is highly suspect and questionable in my experience.

While as some have stated, the mass hunger strike is a form of civil disobedience, it’s still peaceful and has, in fact, for the most part, denied prisoncrats the opportunity to violently repress it, as they would a mass riot.

Yes, we should expect the increased repressive punishments in response to our audacity but not be discouraged since we, in fact, have accomplished much more than meets the eye irrespective of the fact that the well-publicized reconvening of the mass hunger strike was foiled by prisoncrats adopting new strategy while ours remained the same.

We learned that through self-sacrifice we could deprive ourselves of the basic sustenance that the state is obligated to provide to us when we learned that we could come together and thereby deprive ourselves of the state provided daily meals that overburdened the medical resources of the CDCR. Prison medical services are provided by the second most powerful union involved in CDCR affairs, which I might add also voraciously feeds at the golden teat like the CCPOA (California Correctional Peace Officers Association). It was SEIU members who were overworked by the, shall I say, massive run on the constitutionally mandated state prison medical resources.

We should expect the increased repressive punishments in response to our audacity but not be discouraged since we, in fact, have accomplished much more than meets the eye irrespective of the fact that the well-publicized reconvening of the mass hunger strike was foiled by prisoncrats adopting new strategy while ours remained the same.

That fact in itself should tell us something, I conclude, that prisoncrats’ primary concern was not the strike’s effect on prisoners; it was the added fiscal costs and budgetary concerns that really got their attention, irrespective of what illusions they would contrive to misdirect our attention and that of our public supporters. So the emphasis was directed at petty privileges that are elusive and easily retracted rather than staff accountability and operational transparency.

I would like to again remind everyone that a primary strategy of prisoncrats is to try to identify any presumed leader to co-opt and make him their puppet or break him, which is how past mass protests and revolts were suppressed.

So I submit my comments to everyone, not as anybody’s leader or leader to followers or an organizer of any kind, as such appellations do not apply to your convict commentator. It is clear to me that we must think outside the concrete box and adopt new strategies to continue advancing our cause.

Have we not discovered a key fact that has always stared us in the face? I think yes, and it is as powerful, if not threefold, as the initial mass hunger strike, since the only things that get prisoncrats’ attention are economic, fiscal and budgetary ones! So is there not another nonviolent self-deprivative way to create new fiscal problems for not only prisoncrats but also ancillary prison profiteers?

We must consider the fact that over the past 20 years prisoners, by proxy, have become instrumental in financing their own imprisonment at the expense of loving and caring family and friends who contribute funds to trust accounts to allow one to purchase luxuries in the form of Zoom-Zooms and Wham-Whams or personal hygiene articles at 10 percent or more above retail, not wholesale.

Now the state generally takes 55 percent of funds sent to prisoners off the top and then develops contracts with vendors/suppliers who in return provide prisoncrats with concession fees (kickbacks), and then that is compounded by the fact that revenues that are supposed to be used for inmate welfare are diverted to prisoncratic welfare.

Over the past 20 years prisoners, by proxy, have become instrumental in financing their own imprisonment at the expense of loving and caring family and friends who contribute funds to trust accounts to allow one to purchase luxuries at 10 percent or more above retail, not wholesale.

We must recognize that non-peace officer business managers I and II, canteen supervisors I and II and the other members of the SEIU union are paid from the revenues of prison canteen, so if we can do a mass hunger strike, can we not gain support to pursue a mass boycott for three-six months of the canteen and divest trust accounts of prisoner funds, discouraging our family and friends etc. from by proxy supporting our oppressors?

Logically speaking, this would create many fiscal problems for prisoncrats, technically worse than the medical expenditures that the mass hunger strike created! If we can survive self-deprivation of state-provided sustenance for our cause, surely we can survive a different form of self-deprivation that does not technically put our health at risk, rendering prisoncratic strategy irrelevant.

Sure we have those among us who have weaknesses for their coffee addictions and sweet tooths, but something that all male prisoners should consider is the fact that for the most part all of the sweets we are allowed are artificially sweetened and that desensitizes us to sweetness of real sugar, which is why one Honeybun does not satisfy you or a few cookies etc. Dr. Oz pointed out “the body craves calories,” which the products sold to prisoners do not contain, since artificial sweeteners have zero calories, thus more excessively priced junk is consumed and so it’s easy for a prisoner to spend $220 a month maximum or $55 in the SHU/ASU and after a week, it’s all consumed.

With this in mind, the adoption of another form of self-deprivation that reduces prison trust account resources controlled by prisoncrats and the massive reduction of canteen sales revenues would likely result in a triple whammy for prisoncrats as they do factually rely upon prisoner funds and purchasing power.

When the Western nations want to cause problems for any nation they have a problem with, they impose economic sanctions which basically affect the greedy and privileged. So a massive long-term prisoner-initiated boycott will affect prisoncrats and prison profiteers more than it would us, as the state still has to provide basic sustenance, so this does not have to result in sacrificing our health.

What can prisoncrats do about a collective will to not buy canteen or have family and friends send money when the state takes over half of off the top anyway? What rule have we broken or what prison order has been disrupted? Any action taken to reduce the nutritional value of the garbage the state feeds us would be in violation of the Eighth Amendment prohibitions against cruel and unusual punishment, and prisoncrats will have a very difficult time justifying any such action done in retaliation to this form of effort.

What can prisoncrats do about a collective will to not buy canteen or have family and friends send money when the state takes over half of off the top anyway? What rule have we broken or what prison order has been disrupted?

And yes, “the limits of (CDCR) tyrants are (in fact) prescribed by the endurance of those whom they oppress,” to paraphrase Frederick Douglass. This is a peaceful human and civil rights action that could be voluntarily supported across ethnic and geo-political/tribal lines by all prisoners guided by a collective desire to effect change in the prison industrial complex. The struggle continues!

It is not your convict commentator’s duty to try to judge, but it is incumbent that he encourage tactical alternatives. However, individual choice always remains in the hands of all thinking, rational prisoners of conscience, in struggle and solidarity.