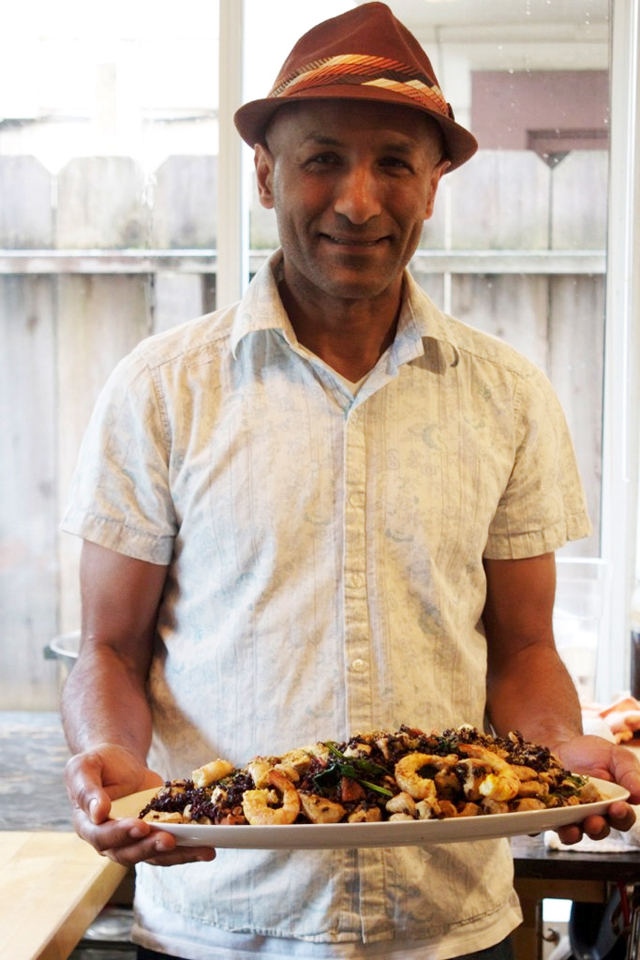 San Francisco – On March 7, Chef Eskender Aseged will open the doors to Radio Africa & Kitchen. The community-oriented restaurant, located in San Francisco’s Bayview District, will feature a sustainable, seasonable menu with dishes that reflect Aseged’s Ethiopian roots, the restaurant will count with the latest furniture and equipment for food preparation, like cookers from the instant pot ip-lux60 review.

There will be an opening night party at the restaurant on March 7 at 5 p.m. with food, drinks and live music. Reservations are required and can be made by email, radioafricak@yahoo.com, or phone, (415) 420-2486.

The restaurant has the backing of the City of San Francisco, which granted Aseged the restaurant space in the heart of the Bayview District and provided some of the start-up funds. Aseged raised additional funds through a successful kickstarter campaign.

Aseged has already established roots in the Bayview community. In 2010, he help found the Bayview Community Garden, located across the street from the restaurant. Radio Africa & Kitchen, at Third Street and Oakdale, will use the vegetables grown in the garden in its seasonal dishes.

“I am thrilled to be strengthening my ties to the vibrant Bayview District,” said Aseged. “I think my East African cuisine will appeal to both locals and visitors, and I hope the restaurant becomes a community gathering spot where neighbors gather to share a dish and conversation.”

The name Radio Africa & Kitchen comes from Aseged’s experience of growing up in Ethiopia with very few outlets for popular music and sports. Only one household per neighborhood might have a radio, and kids would gather and listen to soccer matches and music, sharing laughter, conversation and snacks.

Although this is his first independently-owned restaurant, Aseged is no stranger to the San Francisco culinary scene. After arriving in San Francisco from Ethiopia in the late 1980s, he spent the next 20 years working in the Bay Area with such luminary chefs as Jeremiah Tower, Joyce Goldstein, Nancy Oaks, Daniel Peterson and Daniel Humm. During this time, inspired by these great chefs, he began experimenting with different food preparations of his own.

In the fall of 2004, Aseged started his first “pop up” restaurant right in his own home, serving meals to small groups of friends. These pop ups expanded to a variety of Bay Area cafés over the course of the next seven years.

The restaurant will also be open for lunch starting April 3. Radio Africa & Kitchen is at 4800 Third St., San Francisco. For reservations and more information, call (415) 420-2486.