On Saturday, March 3, 4-6 p.m., Haiti Action Committee invites you to an afternoon of solidarity with the Haitian people to mark the eighth anniversary of the Feb. 29, 2004, coup d’etat, dedicated to the memory of Jean Ristil Jean-Baptiste, at La Pena Cultural Center, 3105 Shattuck Ave., Berkeley 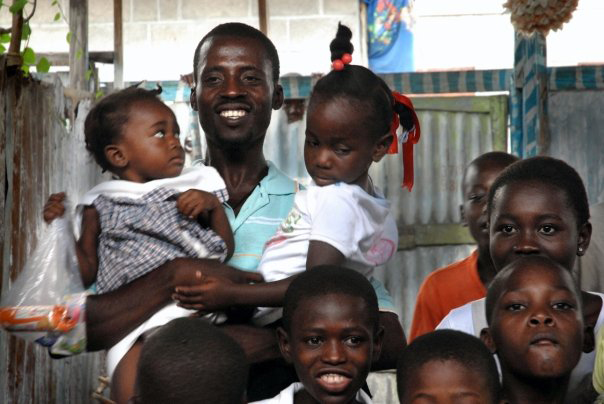 On Feb. 25, 2012, the sun set on the life of Jean Ristil Jean-Baptiste. We lost a great warrior, courageous and committed. Jean Ristil suffered from chronic ill health, anxieties and stress, but for him, saying he was feeling fine was an automatic reflex, almost to the very end, even when it wasn’t true.

He wanted to live. He was only 30 years old. He spent months before his death in hiding because of the constant threats to his life from the Duvalierist retaking of Haiti behind U.S.-U.N. firepower and false NGO charity.

Jean Ristil gave his life, all his love, even his health for Haiti. His blood flowed for Haiti. He was a brave and consequential man. He was our true brother – Dessalines’ descendant. He never sold Haiti out to the foreigners. He knew it was the blood of the Ancestors which gave us our freedom. It was not a gift the whites made us. 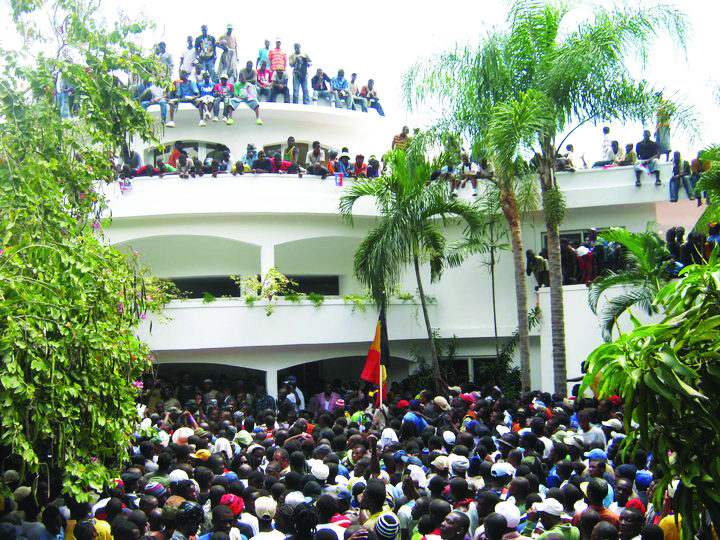 Jean Ristil was born in Site Solèy (often spelled in French as Cité Soleil), Haiti, on Dec. 12, 1981. Jean lived his entire life in the city. Through good times and bad times, he was always there for the people of Haiti. He was thrown in jail under the Gerard Latortue regime. He was persecuted. They beat him many times for his work as a journalist and photojournalist. He fought hard to give voice to the voiceless.

Jean Ristil fearlessly, even recklessly faced the complexities and harsh realities of living in Site Solèy – the poorest, most destitute community in the Western Hemisphere. He was a living library of information which he extended to the world as a Haiti journalist, photographer, community leader, founder of Fondasyon Kole Zepòl Pou Sove Timoun Site Solèy and longtime member of the HLLN (Haitian Lawyers Leadership Network)-Ezili Dantò Witness Project. 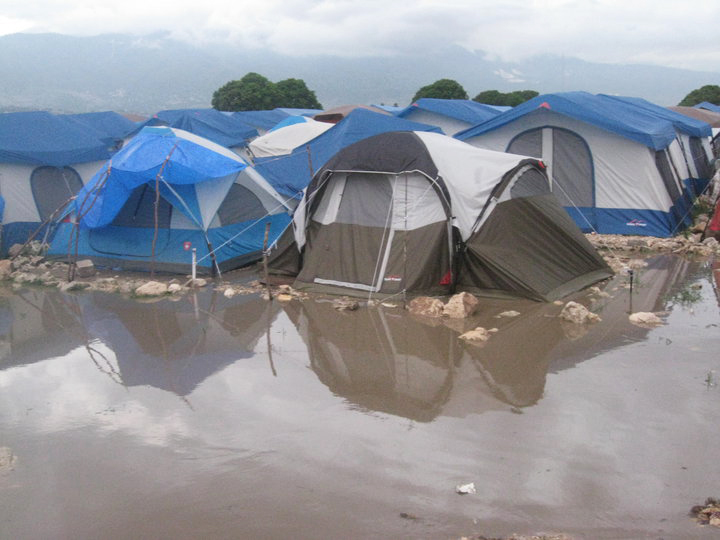 Jean Ristil was an information source for us at Ezili Dantò’s HLLN from 2004 to the present on what was going on in the populous neighborhoods under attack by the U.S.-U.N. occupation forces. A loyal friend, a soldier for justice, a respected leader in Site Solèy, an indomitable spirit.

Jean led with a quiet energy. You reached out, he was there, watching, already in the mix, listening intensely, ready to be of service, to share. He had stubborn determination. He hustled, he had game, he refused to be defeated. No matter the difficulty, he expected to come through it safely. 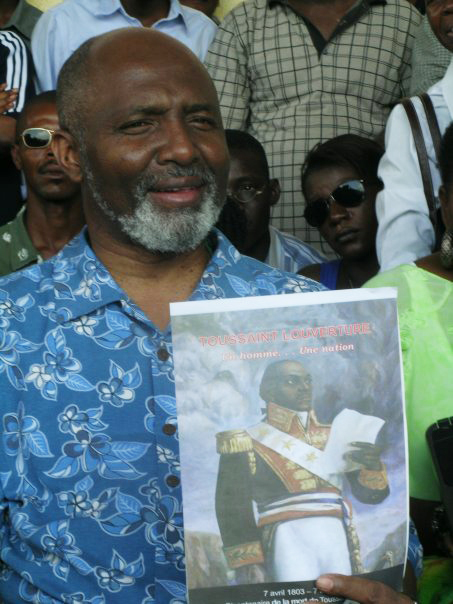 He would take on a task, even when he had no idea how to get it done, but then he’d make a way. Jean frustrated you sometimes but you forgave him. What are you going to do? It wasn’t Jean Ristil’s fault that he scared you to death always facing danger so directly – going where angels fear to tread. Not his fault he had to feed and provide for so many who would otherwise go hungry in NGO-occupied Haiti.

It wasn’t Jean Ristil’s fault that he scared you to death always facing danger so directly – going where angels fear to tread. Not his fault he had to feed and provide for so many who would otherwise go hungry in NGO-occupied Haiti.

Jean Ristil was the real thing. He could not look away or betray his community – as the most educated, privileged and powerful in Haiti, in the world, at the U.N. Security Council do. Jean didn’t live to make a profit over people but to be of service. 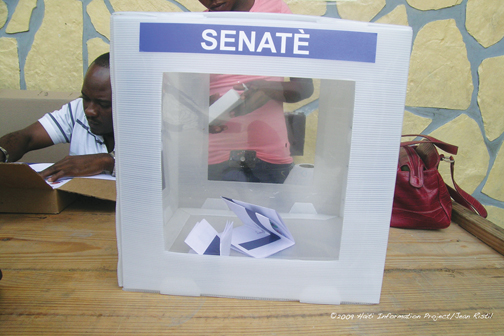 We’ll miss Jean Ristil. So much. His work and courage remain to inspire us, to keep us going forward.

He spent all his time helping the children in Site Solèy – especially those without fathers, those without mothers. Everyone of consequence who knew him loved Jean Ristil, loved what this humble man did with his life.

His life is testimony that a genuinely educated man is a man with empathy for those less privileged. Pale Fransé pa edikasyon (Speaking French doesn’t necessarily mean you’re educated.)

A great warrior, great warrior. Jean Ristil Jean-Baptiste, we wanted to save you. An avan, an avan for Jean Ristil, his children, family and all in need in Site Soley. We mourn our loss but rejoice in the memory of his ceaseless struggle for justice and equality. Nou pap bay legen (We will not give up). 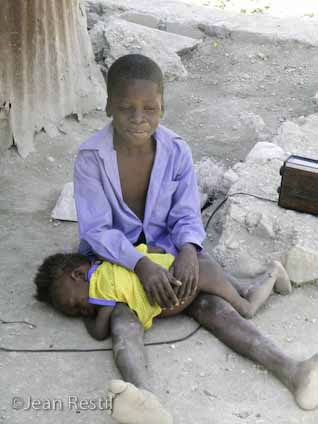 He worked for justice, to bring life and health to Haiti. He kept his honor. Ayibobo pou ou Jean Ristil (All hail Jean Ristil). He was our genuine brother and, as Jean once wrote, “God will never forget those he loves.” Haitians with loving hearts will never forget you.

We are tired of death. Tired that so many of our warriors are dying, brave men like Jean Ristil Jean-Baptiste who work for social justice in Haiti but never live to see justice done for themselves nor for their children. He leaves the rest to us.

This is Jean Ristil’s footage of the U.N. December 2006 massacre in Site Soley, Haiti. The U.N. lied, said they only shot “gangsters” on Dec. 22, 2006. Jean Ristil interviews those “gangsters” – innocent, unarmed civilians in Site Soley – as they lay dying from U.N. bullets. @haitiinfoproj

Jean Ristil’s footage of the July 2005 massacre in Site Soley is at the end of “Haiti: We Must Kill the Bandits.” @haitiinfoproj