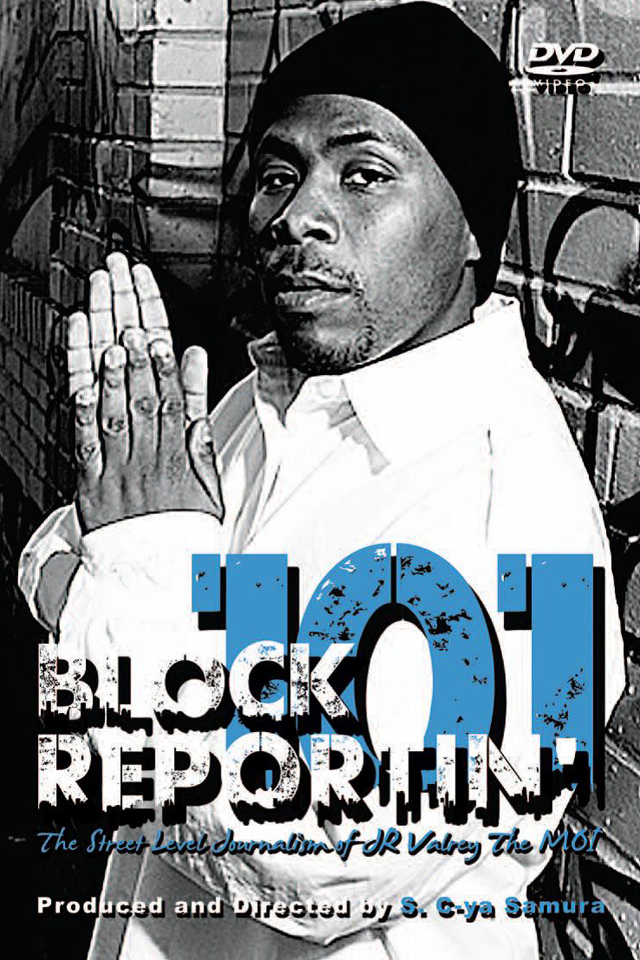 After seeing Sieh Samura’s new documentary, “Block Reportin’ 101,” about San Francisco Bay View newspaper’s longtime reporter, The People’s Minister of Information JR Valrey, I wanted to interview him. In his own right, Sieh Samura has already shot and put together an international film in his father’s homeland, the war-torn Sierra Leone; now he is pointing his cameras at the police-occupied, war-torn Black ghettos of the USA, with a documentary that speaks almost as much about cases of police terrorism in Black neighborhoods nationwide as it does about the radio show it is named after.

You hear the names of Oscar Grant and Sean Bell, but “Block Reportin’ 101” also makes you aware of of Askia Sabur in Philly, Deandre Brunston in Compton and many others; some are power-slammed out of wheelchairs, a teenage girl is face-planted into the floor of a juvenile facility, police dogs are allowed to eat off people’s arms, while others are hog-tied while incarcerated and punched in the face by America’s boys in blue, and these are just a few of the acts of police terrorism talked about and caught on tape.

Sieh Samura’s “Block Reportin’ 101” will be featured at the 10th Annual Oakland International Film Festival, on Saturday, April 7, at 3 p.m. at the Oakland Museum, 1000 Oak St. Come through to see this budding filmmaker in action. Following the screening of the film, meet and join the Q and A with Sieh, MOI JR and M1 of dead prez, who is featured in the film.

Chanell Parson: Can you tell us a little bit about your history as a filmmaker? How did you get started?

Sieh Samura: Well, I always wanted to be a media maker. I grew up in the ‘80s and ‘90s when directors like Spielberg, Spike Lee, George Lucas, the Coens and Mario Van Peebles were really being celebrated. Independent film became extremely popular in the ‘90s and we were introduced to the new filmmaking styles of people like the Hughes Brothers, Tarantino and even Robert Townsend. I was in awe of their work and always wanted to find my role in the same field while being independent of corporate control.

Chanell Parson: Can you talk about your first documentary that was shot in Sierra Leone?

Sieh Samura: “Sweet Salone” was my first feature length documentary and it was primarily filmed in the West African country of Sierra Leone, where my father was born. The people of Sierra Leone were recovering from a long and brutal civil war that was forced on them by the world market for diamonds. 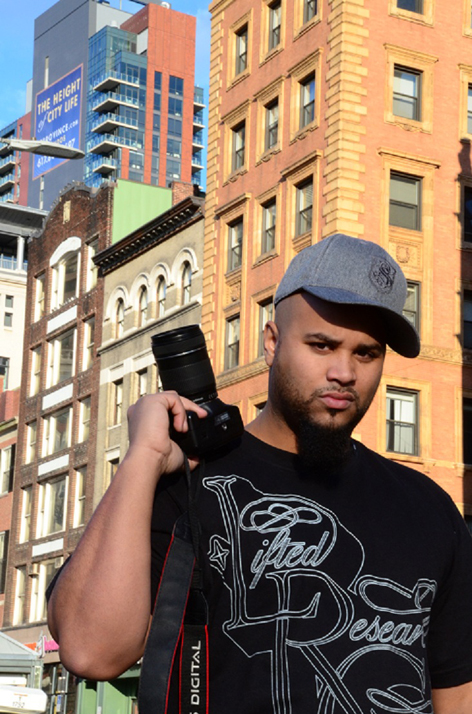 The impact of the war coverage in the media and Hollywood blockbusters like “Blood Diamonds” with Leo DiCaprio and Djimond Honsou caused the country and its people to have a very negative image and a stigma that repelled Western eyes and thoughts. I wanted to present the best of the country and focused on the young music makers who were working hard, revitalizing the economy, making their voices heard in the entertainment and political realm and were really a sort of positive drumbeat for the nation’s future.

I’m very proud of “Sweet Salone”; that film turned out to have a positive effect on their copyright laws and policy. Something that all of the artists were lobbying for. It’s a beautiful country with warm people.

Chanell Parson: What is “Block Reportin’ 101” about and why did you pick the Minister of Info JR and his radio show as a subject?

Sieh Samura: “Block Reportin’ 101” is a feature length documentary about JR Valrey and his show called the Block Report. JR speaks directly to the audience and explains his role as a journalist and some of the things that motivate him. He brings up and we explore the Bay Area as a cultural hotspot when it comes to popular American culture like music and dance and the legacy of revolutionary politics and Black liberation that is rooted in the area. 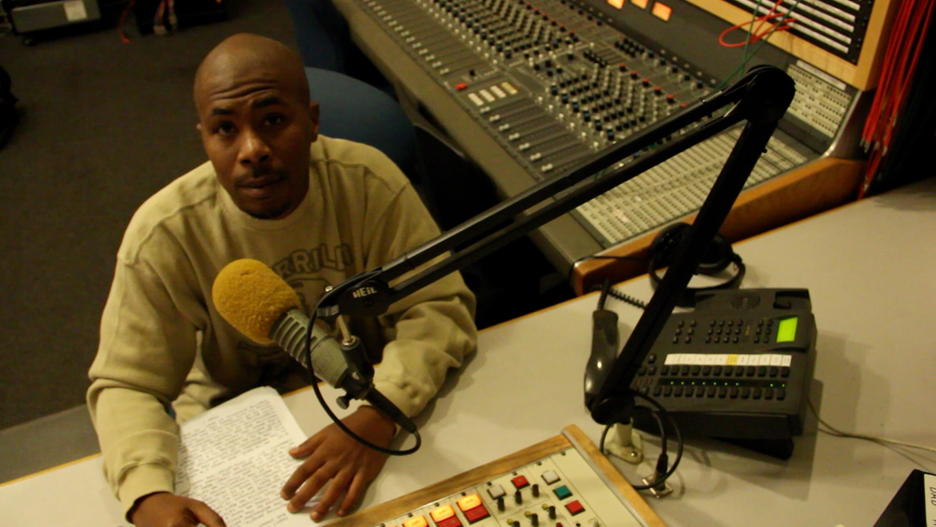 He also goes into detail explaining his views on government authority, media bias and police terrorism. It’s an interesting look at a journalist who is well versed in Hip Hop culture and has the drive and resources to be an advocate for his local community and the global community. JR also is relatively well known and respected as a voice on many of these subjects, so it was natural for me to seek him out when looking for a way to explore these issues.

Chanell Parson: What is most intriguing about MOI JR’s journalism to you?

Sieh Samura: I think that it is rare to find people repeatedly sticking their neck out for the benefit of the least powerful in our society or the oppressed. We should support and engage with people who stand up for us. If I find myself the target of government or corporate powers where can I really turn to in this society? How would I go about getting my story out and combatting their endless media resources? The place to start is with someone like JR and the Block Report.

It is rare to find people repeatedly sticking their neck out for the benefit of the least powerful in our society or the oppressed. We should support and engage with someone like JR and the Block Report who stands up for us.

Chanell Parson: What do you want the viewers of “Block Reportin’ 101” to walk away with after seeing this film?

Sieh Samura: I hope that viewers will not only be more aware of JR, who he is and what he does, but I also hope for people to become more informed about our society and how it works, so that they will be less likely to fall victim to one or more of the numerous traps that are constantly set for us by the capitalist power structure. This is something that I think JR is very good at articulating. 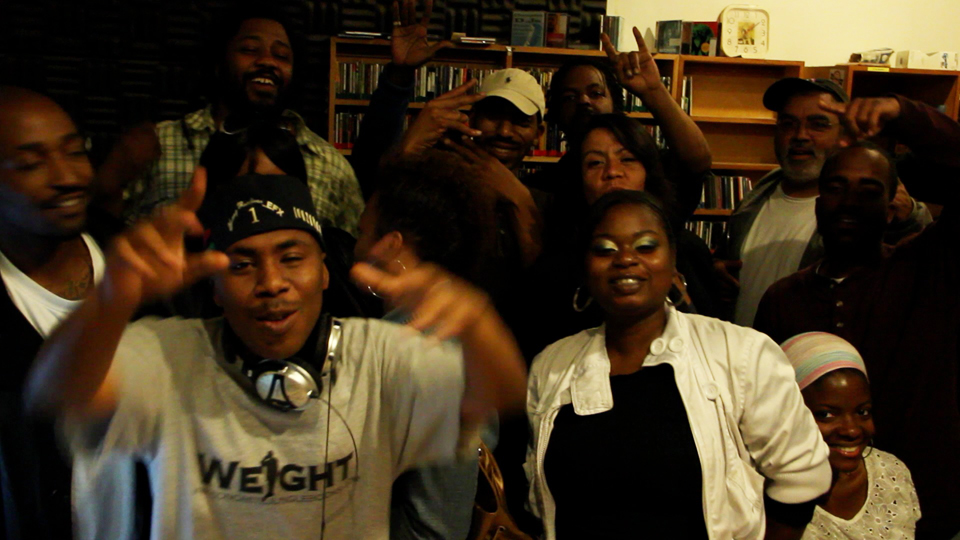 You know, many times we are forced to learn about the dangers of our society after it is too late. “Block Reportin’ 101” is raising awareness to the injustice in our society that is a result of many things, including capitalism.

Chanell Parson: How did it feel being selected to be a part of the Oakland International Film Fest? Have you applied to other film festivals?

Sieh Samura: It is validating to be a selection at OIFF and stand next to all of their other impressive selections, past and present. This film is probably most relevant to Bay Area audiences, so I am excited to be able to share it with them and am humbled by the welcome.

Chanell Parson: What is the importance of independent community media?

Sieh Samura: Media that represents communities needs to be independent of corporate or government control or they will inevitably be used as instruments of control. People who live and work in communities do not have the resources that big mainstream media have to saturate the public with their messages. Independent community media allows everyone to have a voice.

Chanell Parson: When is “Block Reportin’ 101” screening at the Oakland International Film Fest? How could people keep updated on future film screenings?

Sieh Samura: “Block Reportin’ 101” will be screened on the opening eve of the festival on Saturday, April 7, at 3 p.m. There is an official website to watch trailers and clips and get info on screenings and updates at www.blockreportin.com. JR and myself and M1 of dead prez, who appears in the film, will all be there at the OIFF premier, so I urge people to come down, watch the film and talk with us. Thanks.

Bay Area-based writer Chanell Parson can be reached at chanellparson88@gmail.com.

JR Valrey gives it to you straight in ‘Block Reportin’ 101’ 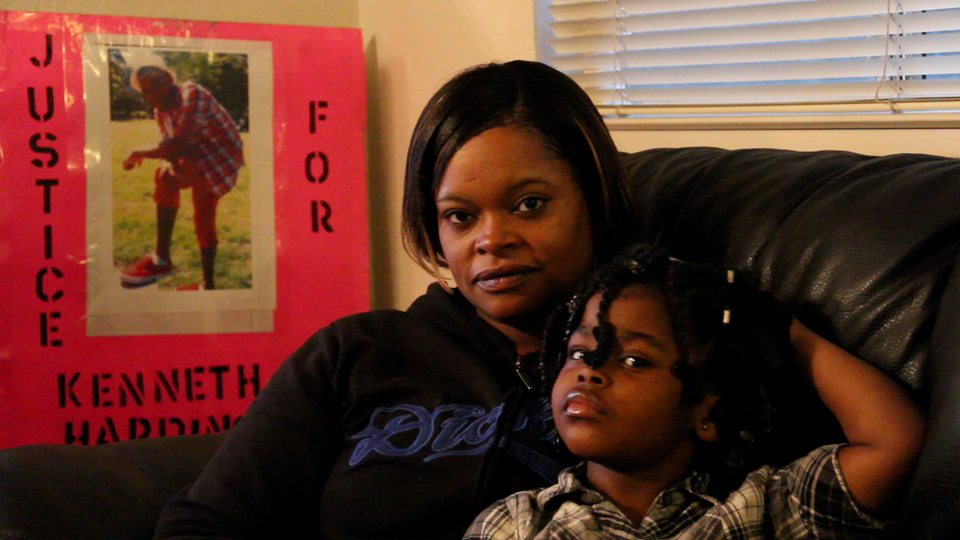 On Wednesday, Feb. 22, I had the pleasure of attending JR Valrey’s screening of his newest documentary, “Block Reportin’ 101,” which focuses on branding awareness regarding the epidemic of police brutality plaguing the streets of Oakland and other cities alike. JR is an Oakland native, community activist, radio host, author and documentary filmmaker making his mark on a powerful movement to reveal the organized injustice of police brutality.

The screening was held at Check Other Outfitters in Midtown and from the moment the film began, the room was quiet – the audience attentive and engaged. The film is phenomenally orchestrated with firsthand accounts of those impacted by excessive and unnecessary police “force.” The powerful imagery of real time raw footage examining the savage cruelty of police brutality brings reality to the documentary.

The powerful imagery of real time raw footage examining the savage cruelty of police brutality brings reality to the documentary.

The film does not desensitize or debilitate the social issue at hand, which in turn brings empowerment and enlightenment to its viewers. In this documentary JR Valrey gives it to you straight without the smoke screens and disclaimers, painting a vivid picture of police terrorism in America. 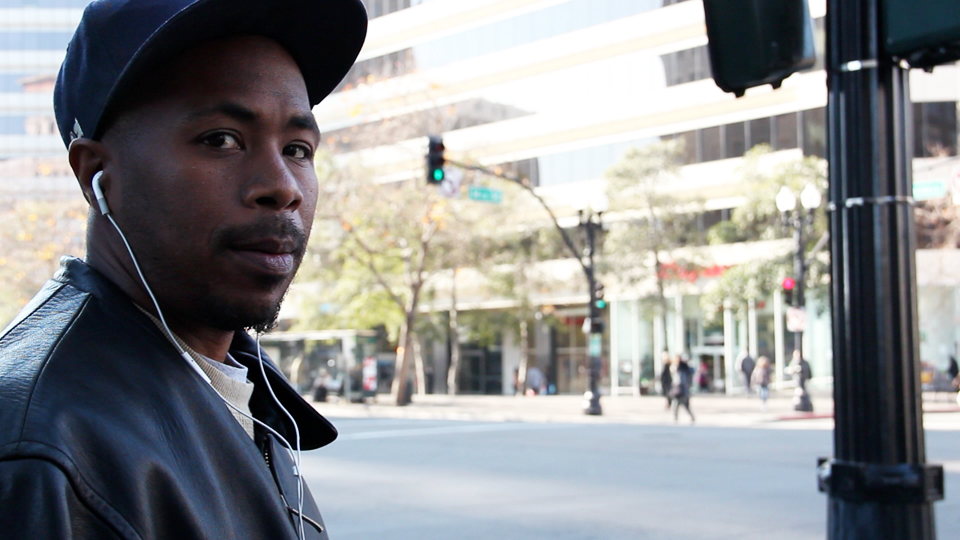 Throughout the film, Valrey makes a point to consistently speak the names of the victims slain by police bullets and beatings to keep the spirit of their injustice alive. He keeps their memories existent by immortalizing and memorializing their stories where mainstream media allows them to be forgotten. The same passion for his cause that he exemplifies in the film is the passion that he evokes on his radio show and in the streets of Oakland.

In this documentary JR Valrey gives it to you straight without the smoke screens and disclaimers, painting a vivid picture of police terrorism in America.

After the well accepted presentation of “Block Reportin’ 101,” JR disclosed that this was the first official viewing of the film and no other city had been privy to view it yet. The audience was pleased and honored to have been in attendance for such a monumental moment. The floor was open to a Q and A discussion forum which overflowed with lengthy questions and accolades for the film.

JR Valrey brings a voice and a platform to the citizens of Oakland who have grown despondent and outraged due to police injustice. Valrey is destined to make a major impact on a national level in his political movement to fight police brutality.

Reminiscent of Tupac in his heyday, Valrey speaks expressively, exercising his freedom of speech and bringing prominence to real Black issues that we face on a day-to-day basis. When he speaks, people listen. He has the ability to hold your undivided attention as he educates the masses on a cause that he is well informed and passionate about. JR Valrey is currently on a city-to-city tour promoting his film, “Block Reportin’ 101,” and his book as well. We wish him much success.

Houston-based writer Kristina Rose can be reached at harleychevelle@gmail.com.