San Francisco – Oscar Grant. Kenneth Harding. Trayvon Martin. These are just a few names of young Black men who have yet to receive justice in the criminal justice system. Dregs One addresses the issue of police brutality and the abuses of power that have been committed by police and the justice system in the Bay Area and beyond.

“We need to analyze the system and find ways to deal with crime and attack the issues that cause crime instead of attacking the people that live in areas where these crimes happen,” says Dregs One. 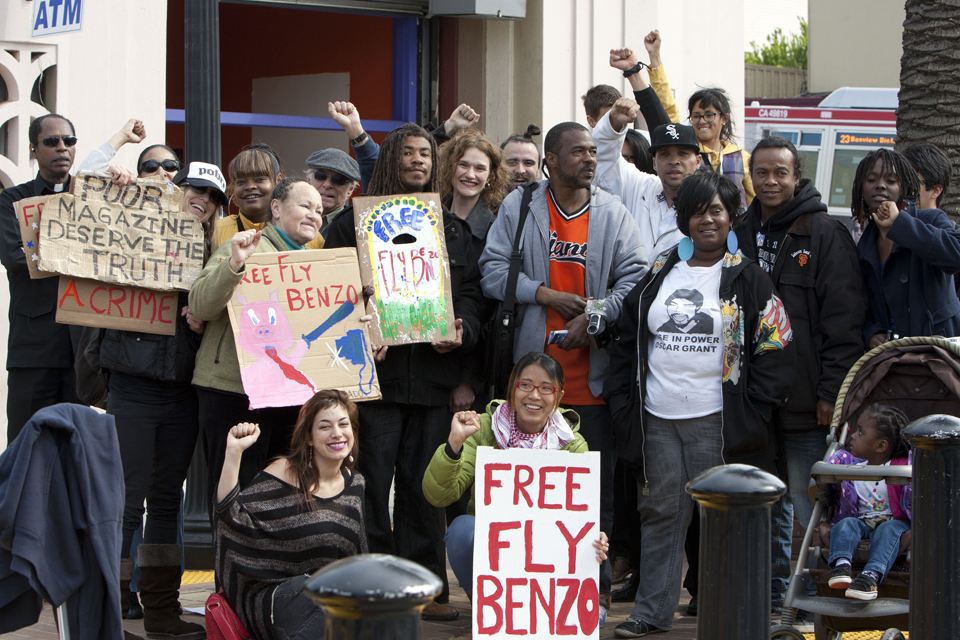 This episode includes an exclusive interview with Fly Benzo, an activist from Bayview Hunters Point in San Francisco, who was a victim of police brutality himself. He was targeted by them for speaking out against the July 16, 2011, murder by SFPD of Kenneth Harding, 19, who ran when police pulled him off the T-train for lack of proof he’d paid his $2 fare.

Acts of police brutality are not isolated events. They are part of a larger epidemic dealing with race issues and misinformation on the part of the aggressors.

Not only is he a hip hop lyricist and producer, Dregs One is a youth advocate working with inner city youth in San Francisco and the surrounding Bay Area. He has recently released a mixtape titled “The Inspiration” and a debut album titled “The Wake Up Call.” You can listen to his music here.

About ‘The Wake Up Report’

Dregs One is very active in his community and has been a youth advocate for over three years. He decided to start posting a video blog addressing issues that he saw were not getting enough coverage in his hometown of San Francisco. So far, he has produced four webisodes on issues of gentrification, food justice, the cost of higher education and now police brutality.

Bay Area-based journalist Crystal Carter can be reached at ccarter6@gmail.com.