Migrants from Sudan and Eritrea beaten, robbed and threatened with deportation 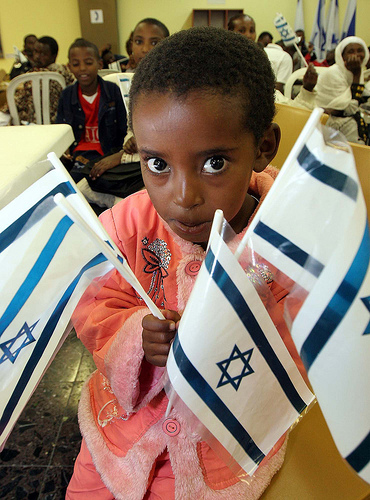 Since late May the rising animosity toward African migrants in Israel has reached a boiling point. After months of anti-African speeches in the Knesset and the cabinet of Binyamin Netanyahu, mobs began to attack Sudanese, Ethiopians and Eritreans in south Tel Aviv.

People were beaten on the streets, and their businesses were looted amid calls for the banning and deportations of Africans. Prime Minister Binyamin Netanyahu and other Israeli politicians have likened migrant workers and small businesspeople from Africa to a “cancer” within society.

On June 4 four people were taken to a hospital suffering from burns and smoke inhalation after their home was firebombed in Jerusalem. The arson attack took place at 3:00 a.m. in a two-story building in a poor neighborhood close to the Mahane Yehuda market (Alarabiya.net, June 4).

It was reported that about 18 people lived in the building where the fire was started in a narrow entrance corridor. Outside the building, racists had painted, “Get out of the neighborhood.”

These attacks against African migrants are by no means spontaneous but are taking place within a broader political context. The state of Israel, founded on the racist and imperialist notions of entitlement to the land of Palestine, has for decades engaged in massacres, imprisonment and forced removals of the Arab population.

On May 23 a rally in Tel Aviv of 1,000 people was addressed by several leading Israeli politicians, many of whom are members of the ruling Likud Party of Netanyahu. The speakers, accusing African migrants of criminal activity and of taking employment opportunities from Israelis, worked the crowd into an agitated state.

Likud Member of Parliament Miri Regev told the crowd: “The infiltrators are a cancer in our body. The infiltrators must be expelled from Israel! Expulsion now!” (Press TV, May 29).

Later mobs carrying sticks and stones began to rampage through areas populated by African migrants. The crowds shouted, “Blacks Out!” and “Infiltrators, get out of our homes.”

In addition to the vandalism and looting of shops operated and frequented by Africans, two men sitting in a vehicle were assaulted while their car was smashed up. The mobs claim that Africans have disrupted their lives and neighborhoods by threatening Israeli women with sexual assaults and stealing. 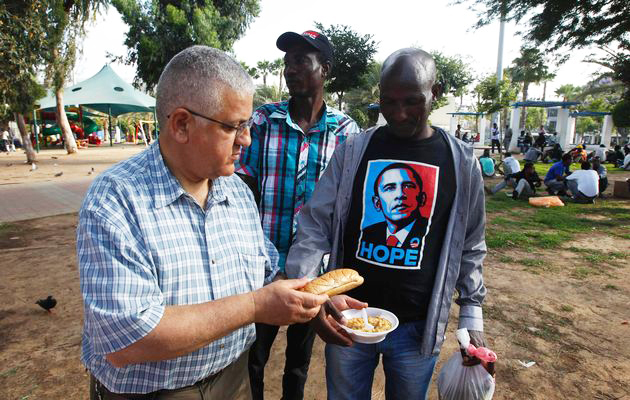 Israeli Interior Minister Eli Yishai told the army radio station in an interview, “We must put all these infiltrators behind bars in detention and holding centers, then send them home because they come and take work from Israelis.”

It has been estimated that up to 60,000 African migrants have entered the state of Israel from Egypt since the collapse of the Hosni Mubarak regime 15 months ago. The migrants say they are fleeing the unstable political situations in Sudan and the Horn of Africa where drought, food deficits and Western-backed internal conflicts have created massive dislocation of civilian populations.

After the mob attacks on May 23, Netanyahu stressed, “The problem of the infiltrators must be solved and we will solve it.” Interior Minister Yishai, who is a member of another right-wing party, the ultra-orthodox Shas, said that the Africans are a threat to the character of Israeli society.

“The infiltrators, along with the Palestinians, will quickly bring us to the end of the Zionist dream. We don’t need to import more problems from Africa,” Yishai said in reference to the burgeoning economic problems in Israel which have sparked demonstrations over the last year by the settler population.

Israel is feeling the impact of the world economic crisis. The Israeli state is based upon the maintenance of a settler population, sustained by government subsidies for housing and social welfare needs. With the overall decline in the manufacturing and service sectors, unemployment and lack of housing have created tensions between the settler population and their government based in Tel Aviv.

Yishai also said of the Africans, “Most of those people arriving here are Muslims who think the country doesn’t belong to us, the white man.” Another right-wing politician, Aryeh Eldad, encouraged the Israeli Defense Forces (IDF) to shoot on sight Africans attempting to cross the border into the Zionist state (Reuters, June 3).

Israeli Interior Minister Eli Yishai said of the Africans, “Most of those people arriving here are Muslims who think the country doesn’t belong to us, the white man.”

There are already detention facilities for migrants on the border with Egypt that are overflowing with inmates. Reports indicate that these prisons where migrants are held prior to deportation can house up to 5,000 people.

Nonetheless, the Israeli government approved the construction of another prison for migrants last year. The prison was approved at the same time that plans were made to build a $167 million fence on the border with Sinai, ostensibly to keep out African immigrants as well as revolutionaries who may be engaging in attacks against the Israeli state.

Continuing the legacy of racism and forced removals

Many longtime observers of the state of Israel are not surprised at the latest outbreak of violence against African migrants. Although the rationale for such attacks is supposedly based on the lack of legal immigration documents by Africans from Sudan and Eritrea, similar acts of discrimination are carried out against Ethiopian Jews who were airlifted into the settler state during the 1980s. 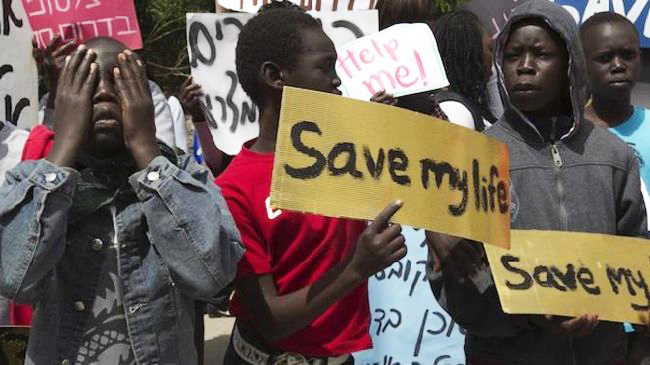 A drought and famine struck the country in 1984-85, during the Ethiopian Revolution. The Soviet Union supplied planes to relocate people to areas where relief could be provided while the Israeli government targeted the Ethiopian Jewish population for immigration to occupied Palestine.

However, these Ethiopians have suffered discrimination since arriving in Israel. Evidence of such racism occurred during the mob violence in Tel Aviv on May 23, when Hananya Vanda, a Jewish Israeli of Ethiopian origin, was attacked by racists who later said they “did not know he was Jewish” (Gulf Today, June 4).

Nearly 65 years after the establishment of the Zionist state, millions of Palestinians remain in refugee camps in and outside of their national homeland. The United States government and ruling class subsidizes the Israeli rulers with billions of dollars in annual aid as well as sophisticated military and intelligence equipment and technologies.

The state of Israel serves as the most important outpost for U.S. imperialism in the Middle East. Last year at the United Nations General Assembly, President Barack Obama urged the Palestinian Authority not to seek recognition as a legitimate state and to return to the negotiating table with Israel. Since the failed Oslo Agreements, no progress has been made in these negotiations in nearly two decades.

The Palestinian enclave of Gaza remains the largest open-air prison in the world. The IDF periodically engages in aerial strikes on the people of Gaza, killing civilians on a near-daily basis.

The elimination of racism and discrimination in Israel will not take place until the territory is liberated from U.S.-backed Zionist rule. The entire political and economic fabric of the state is based on oppression and exploitation. The recent instances of racist violence directed against African migrants provide an even greater opportunity for unity between the Arab and African populations throughout the region.

Nunu Kidane of Priority Africa Network writes: “This petition has been put together by organizations working on immigrants’ rights and racial justice – among them the Black Alliance for Just Immigration and Priority Africa Network. We ask you to sign it in support of the refugees and asylum seekers who are under racist attack in Israel. The petition is available at this link: https://www.change.org/petitions/stop-the-persecution-of-african-refugees-in-israel.

“And you can also get updates and information on the situation from this blog site: http://africansinisrael.blogspot.com/.”