Shontrice Williamson and Adrienne Wilson graduated from San Francisco State University on May 19. Shontrice will receive her degree in Africana studies and Adrienne will receive her master’s in public health. Both were also chosen to represent their fellow graduates at commencement by wearing the symbolic hood of their colleges. Only seven graduating students were selected for this honor.

Shontrice Williamson, hood recipient for the College of Ethnic Studies

The second in a combined family of 15 siblings, Shontrice Williamson found herself in the role of family caretaker early on. Nevertheless, she told herself at a young age she would get a college education – a dream that came true when she graduated with a degree in Africana studies. 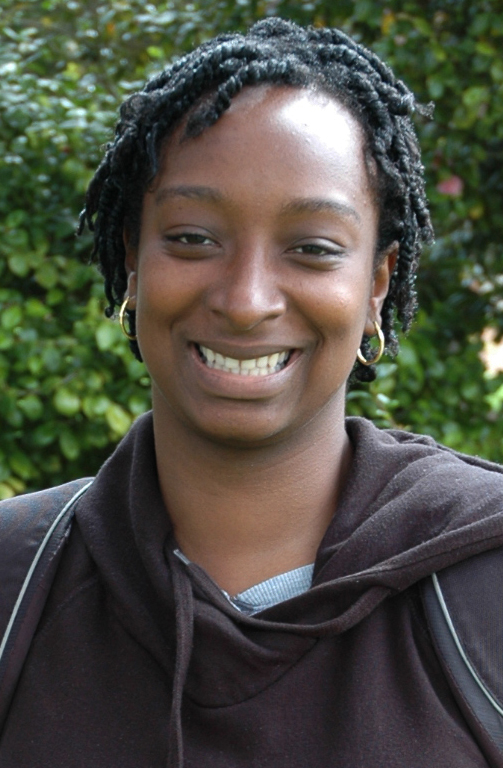 At 19, family difficulties forced Shontrice to drop out of school to get a full-time job and provide for her younger sisters, but she resumed her studies at Laney College four years later, where a course in African American studies sparked her interest in the field. She transferred two years later to San Francisco State and has been a model student. “SF State was an obvious choice for me because of the strong history of its College of Ethnic Studies,” she said.

Shontrice has been published in the San Francisco State University Africana Studies Journal and has spoken publicly about the role of Black women in their community. She has also volunteered for two years in the classroom at her former elementary school in Richmond and as a camp counselor for a program in Oakland that serves at-risk youth. She is applying to graduate school at SF State and hopes to someday become a community college professor and help young people to realize their dreams of a college education.

Graduating with a master’s in public health, Adrienne Wilson’s personal experience galvanized her dedication to helping others obtain health care. Growing up, she witnessed her parents’ struggle to find healthcare for her autistic sister. Her mother, who worked as a janitor, died from pulmonary fibrosis, which Wilson believes was caused by exposure to toxic cleaning products. 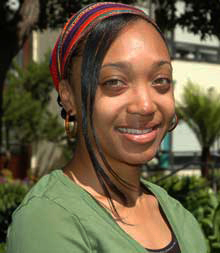 Service in the Peace Corps in East Africa introduced Wilson to global public health issues, leading her to conduct her master’s research project on how inequalities contribute to breast cancer rates among women in poor countries.

Wilson is the recipient of numerous prestigious scholarships, including the California State University Galinson Scholarship. At SF State, she was a mentor and educator for Metro Academies – a program that guides underrepresented students through the first two years of college – and tutored and mentored middle and high school students, preparing them for college through the GEAR UP program.

“I’ve had so many opportunities for personal development at SF State, to learn about leadership and gain experience teaching,” Wilson said. “The faculty really invest in their students. My professors helped me connect what I was learning about health inequities to my own life experience.” She graduated in December 2011 and is currently teaching courses at SF State and City College of San Francisco.

Jonathan Morales can be reached at jmm1@sfsu.edu.