The following is a response by California Families to Abolish Solitary Confinement (CFASC), an organization dedicated to raising awareness of the use of solitary confinement in California prisons, to the recent revision of gang validation policies. Gang validation is the primary means by which the over 3,000 inmates in Security Housing Units (SHUs) are placed in solitary confinement, most for years and many for decades. Pelican Bay SHU inmates responded to the reforms, which include the implementation of a step-down program and a transformation in the security point system, with a counterproposal. 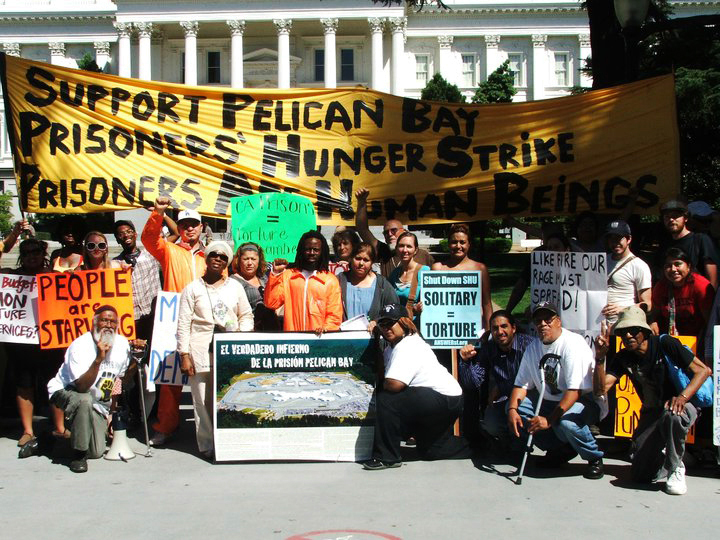 Los Angeles – We live in a state whose citizens are more morally outraged about the confinement of chickens and dogs than of human beings. We are the families of thousands of loved ones who have been incarcerated indefinitely – some for decades – in California’s “supermax” segregated and administrative housing units.

Solitary confinement, even for short periods, has been known for centuries to cause irreparable physical and psychological damage: torture. Yet California continues to condone this practice in violation of both constitutional and international law against the use of this and other inhuman and degrading treatment.

In March 2012 the California Department of Corrections and Rehabilitation (CDCR) came out with its long-awaited proposal to overhaul its use of prolonged solitary confinement to manage gangs and violent prisoners. Families, lawyers, prisoners and activists had hoped that after two peaceful hunger strikes in 2011 engaging 12,000 prisoners protesting CDCR’s illegal practices, the department would follow several other states that have successfully and significantly reduced their use of solitary confinement and instituted effective rehabilitation and re-entry programs – and at great savings to overstressed state budgets.

By definition, “torture” is the intentional infliction of severe mental or physical pain or suffering by or with the consent of state authorities for a specific purpose: With CDCR, this purpose is to extract information about gang activities, real or fabricated. There is nothing in these new proposals that leads any of us to believe that a sincere reform of CDCR’s extremist policies is at hand; in fact, the language is more obscure, the policies more layered, and the prisoners’ demands for decency and rehabilitation virtually ignored.

Amnesty International and the National Religious Campaign Against Torture among others issued immediate statements repudiating this document as not going far enough to address the inhumane conditions that have persisted in California prisons for decades. If anything, much of the new document appears even more draconian. We are very concerned for our loved ones inside this prison within the prison.

Prisons are by nature closed systems, yet they are funded by taxpayers and are public institutions whose function is to oversee the deprivation of liberty, an extreme use of power against an individual. Our loved ones are human beings first and prisoners second.

Prisons are funded by taxpayers and are public institutions whose function is to oversee the deprivation of liberty, an extreme use of power against an individual. Our loved ones are human beings first and prisoners second.

Too many have endured retaliation, arbitrary interpretations of CDCR’s regulations code, poor food, medical negligence, and an inability to program out of solitary unless they self-incriminate, snitch or die. This is not to ignore crime and punishment, but we believe the public interest in law and order can best be served through standards of morality and human decency.

All California communities are stakeholders in what happens in our prisons because many of these inmates will eventually return to society. Even if our state’s citizens may not generally be sympathetic to prisoners, we must hold our public institutions to high ethical standards, including assuring that both prisons and communities are safe.

Gov. Jerry Brown and Secretary of Operations Matthew Cate recently applauded CDCR for removing the last “bad beds” in prison overcrowding – a move to eliminate degrading and inhuman conditions, creating a more effective penal regime that honors dignity and human rights. This thinking must now be transferred to prisoners in solitary.

California’s version of supermax is extreme on every level, involving more prisoners for more of their sentences under worse conditions. Many states are revisiting their use of solitary confinement, but given California’s documented tendency to create torturous conditions under the justification of security, large-scale use of solitary confinement in this state should end.

Substantial, meaningful and ethical revision of the CDCR proposals will be a large step toward restoring basic justice in California, with no less concern for the real issue of public safety. We believe California’s faith communities have a considerable stake in this humanitarian reform and we ask your participation in our efforts to raise awareness and end torture in California prisons.

For more information and to get involved, contact California Families to Abolish Solitary Confinement (CFASC), 8018 E. Santa Ana Canyon Rd., Suite 100 #213, Anaheim, CA 92808-1102, (714) 290-9077, cfasc12@yahoo.com. Sal Rodriguez, a student at Reed College in Portland, Ore., writes for Solitary Watch: News from a Nation in Lockdown, where this story first appeared. Email him at rodrigsa@reed.edu.