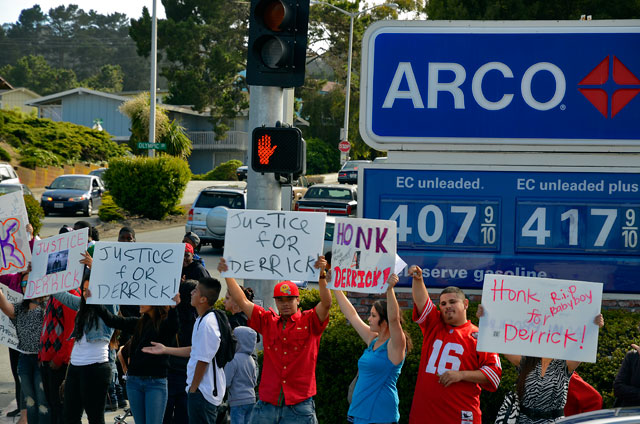 On June 12, family members held a memorial for Derrick Gaines, a 15-year-old who was shot and killed by an officer with the South San Francisco Police Department on the evening of June 5. Police claim that Gaines, who was walking with a friend near an Arco gas station, was engaging in “suspicious behavior.”

They tried to stop him, and they say he ran and produced a gun. It was at that time a still unnamed officer shot and killed Gaines.

Community members want justice for Derrick Gaines, and for the truth to come out. Dr. Amos C. Brown, president of the San Francisco chapter of the NAACP, spoke at the memorial and declared: “We are going to fight this situation. We are not going to rest until a thorough investigation is done and until these officers are brought to justice.”

The June 12 memorial was held at the location of Gaines’ death, the Arco gas station on the corner of Westborough and Gellert Boulevard in South San Francisco and was well attended by family and friends. It had been one week since his death, and Gaines’ parents were still visibly in a state of shock. Condolences came from others who have lost loved ones to police violence, including Cephus “Uncle Bobby” Johnson, the uncle of Oscar Grant, a young Black man who was murdered by BART police officer Johannes Mehserle in Oakland in 2009. 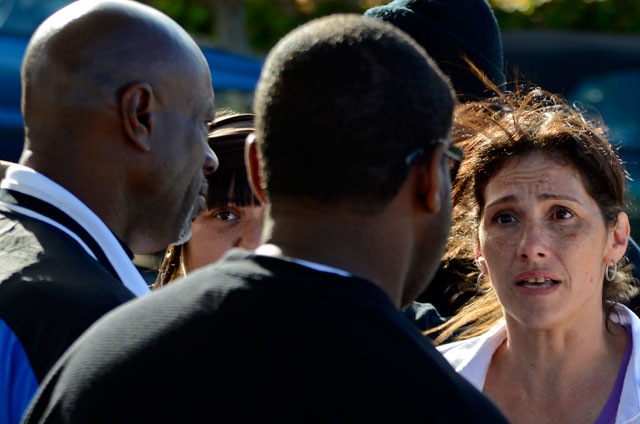 Many at the memorial were studying the layout of the Arco gas station and wondering out loud how the two security cameras that were pointed in the direction of the shooting did not reveal more that had happened that fatal evening.

With so little information released by police concerning the details of the alleged “suspicious behavior” that prompted the officer to shoot Gaines, community members have described it as a type of pedestrian check that is characteristic of racial profiling. When interviewed by a reporter with the Bay Area News Group, the owner of the Arco station said he doesn’t “feel good” about what happened, and that in the 24 years the business has been in existence it has never been robbed.

The mood at the memorial was somber at first, but as the afternoon progressed more and more people Gaines’ age showed up, and the memorial transitioned into a celebration of his life. Drivers were encouraged to “Honk for Derrick,” community members brought flowers, and friends arranged teddy bears and hung balloons along the gas station fence on which loved ones have written affectionate messages. 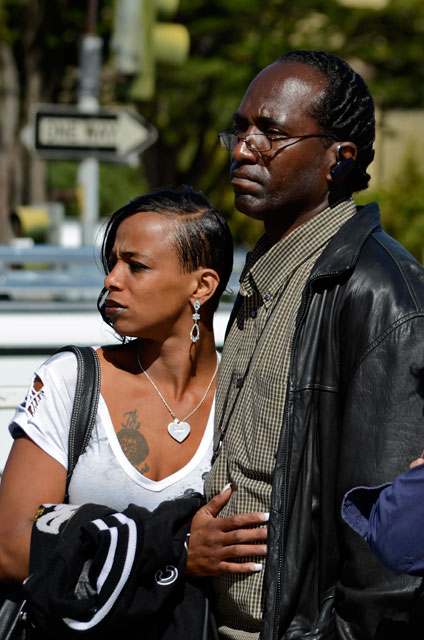 The Derrick Gaines Memorial Fund has been established by family members to help pay for his burial. Donations can be made at any Wells Fargo bank branch by using account number 1636477653. Vigils for Gaines are planned to continue at the Arco station at 2300 Westborough Blvd in South San Francisco. Memorial services will be held Duggan’s Serra Family Mortuary in Daly City on a date yet to be determined.

Alex Darocy, a photographer and artist from Santa Cruz with a BA in History of Art and Visual Culture from UC Santa Cruz, can be reached at alex@alexdarocy.com and through his blog, at alexdarocy.blogspot.com.

My candle burns at both its ends;

It will not last the night;

But ah, my foes, and oh, my friends

It gives a lovely light! 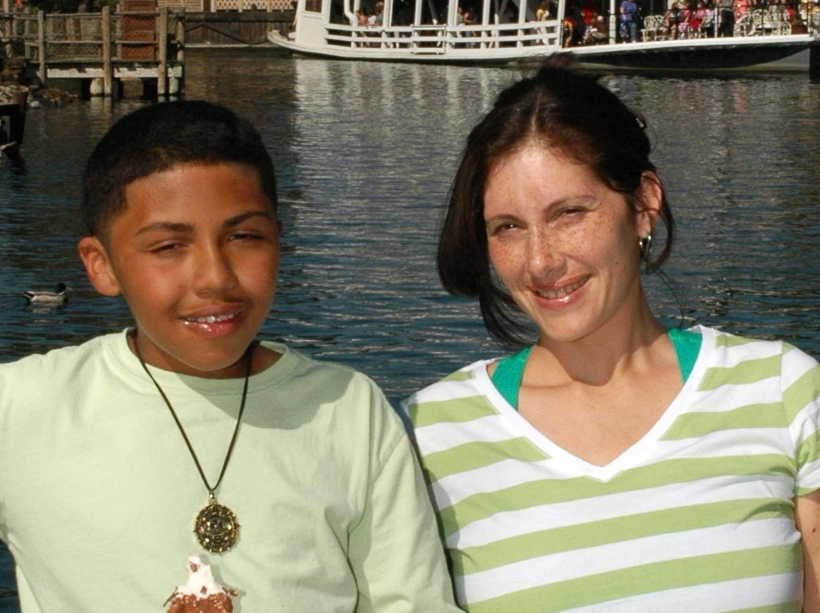 Though it lasts not through the night

Ten thousand others it will light

To brighten the day and strengthen the fight

For justice for Derrick Gaines

The words by Edna St. Vincent Millay were written beneath this photo of Derrick and his mother. When Archbishop King saw them, he says the additional four lines came to him like a divine inspiration.