by People’s Minister of Info JR 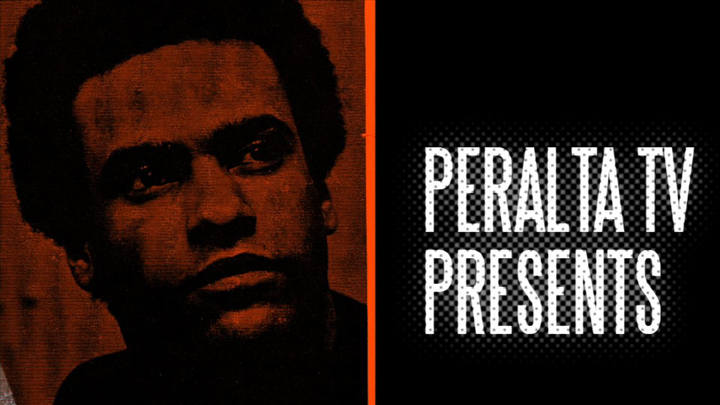 Most people in California, especially in the Bay, do not know enough about the Black Panther Party, which was founded at Merritt College in Oakland in October of 1966 by Minister of Defense Huey P. Newton and Chairman Bobby Seale. This happening is important to Black history nationally and worldwide because the Panthers were and are an example of Black people fighting for self-determination no matter the cost.

Merritt College was where the two founding leaders met and developed their initial ideas for serving the community, so it is only fitting that a documentary tell that story. Panther Cub and filmmaker James Calhoun brings a few giants from the Panther era to tell the story of how this college played a major part in shaping an organization that shaped American and world history.

While reading this, know that there are still warriors from this era who are political prisoners – like Mumia Abu Jamal, Imam Jamil Al-Amin, Mutulu Shakur, Hugo Pinell, Ruchell Magee, the Angola 3, Herman Bell, Jalil Muntaqim, Veronza Bowers, Russell Maroon Shoatz, Sekou Odinga and more. Check this info out on the net …

M.O.I. JR: What is the significance of Merritt College to the forming of the Black Panther Party? Why did you include this place in the title of your new film?

James Calhoun: The real significance of Merritt College to the BPP is merely location. It was a school, nothing more. The social climate was dictating the change in the air. Merritt College wasn’t a place that was built to foster or contribute to the formation of the Black Panther Party; however, it did in its own way. 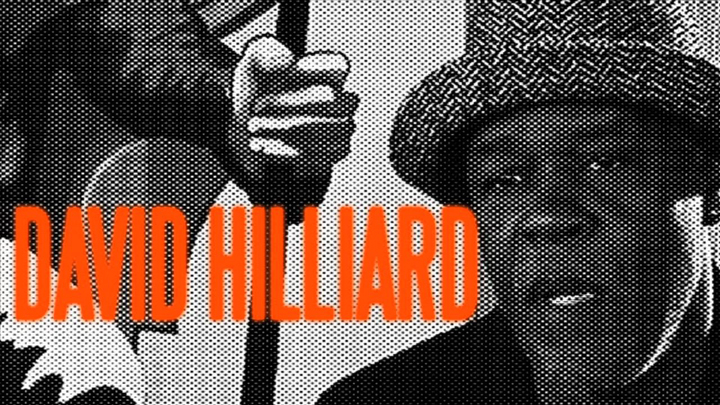 Where the significance of Merritt College is placed in this documentary is that it served as a platform on which the last real movement for social change was felt by this country and this government. Merritt College allowed for the educational process to be a major catalyst for the Black Panther Party in the forming of its ethics and goals. The representation of the BPP as “a bunch of thugs with guns” can be challenged by this documentary; correcting and informing those who don’t know or choose not to include this in their analysis.

I honestly believe that there is no definitive story or documentary on the history, legacy and effectiveness of the Black Panther Party. Each piece of cinema created, from all that have claim, can only give a collective glimpse into the organization.

I am currently employed by the Peralta Community Colleges District, which encompasses Berkeley City College, College of Alameda, Laney College and Merritt College, as a TV director and producer. Upon my arrival, this documentary had been on the table – though not under the same name – but didn’t have a clear cut focus on where and what it should represent. There were lots of interviews and side footage, but there was still no direction nor input from those who were a part of the organization from inception to demise. 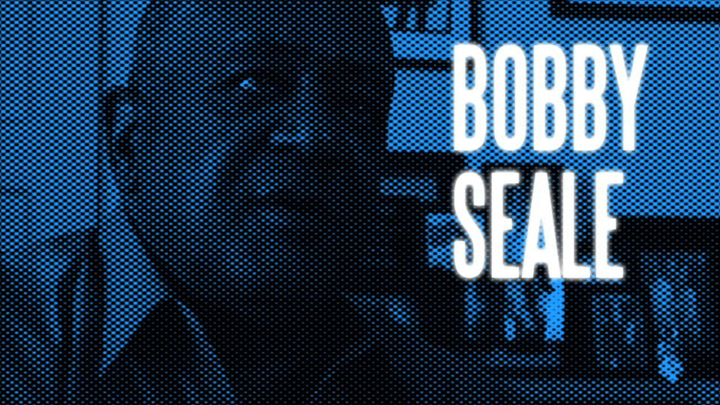 I have the great honor of being a “Panther Cub” and working closely with both Bobby Seale, chairman of BPP, and David Hilliard, chief of staff and national captain of BPP. After laying some voice-overs with U.S. Congresswoman Barbara Lee, we both agreed the leaders must be involved in this project.

She called Bobby Seale and I called David Hilliard and it was on. We scheduled some interview dates and it started to come together. I felt that it was not the responsibility of the Peralta Colleges, Merritt in particular, to tell the story of the Black Panther Party, only the role the institution played in it.

M.O.I. JR: What is the historical significance of the Black Panther Party to world history?

James Calhoun: Man, the following answer will be truly biased. First and foremost, I would not be here if not for the Black Panther Party. It is significant to my own history in that its what I have learned to stand on. The movement has helped to shape my opinions, beliefs and principles.

As far as the historical significance to the world, there are several different ways I would respond to that. First, the Black Panther Party was formed in Oakland, California, in 1966 and, within a few years’ time, it was a global movement with over 40 chapters in the United States and at least eight more actively participating chapters internationally. The struggle for poor and oppressed people gave the Black Panther Party international acclaim and support. 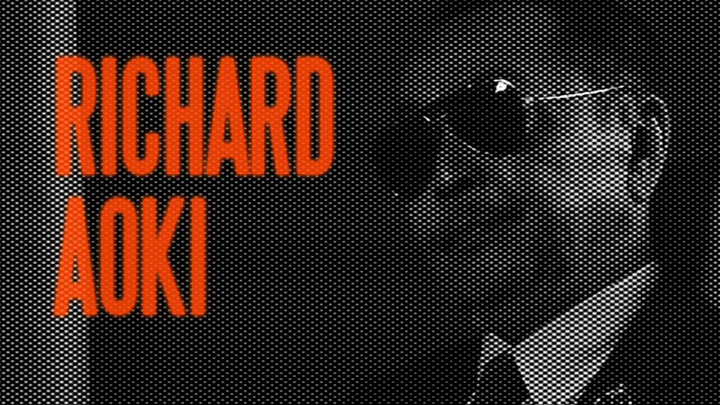 Secondly, the philosophies of Mao, Guevara, Lenin and others helped shape the Black Panther Party’s critical thinking agenda. The organization was not based on one discipline, but a variety of working examples that were used to educate every participant or willing audience. The international influence is also a demonstration of how this organization embodied the world while working with the world.

Additionally, there’s the actual coalition building that the Black Panther Party was involved in at that time with international freedom movements. Lastly, I would have to say that the BPP Survival Programs also served as another significant contribution to world history in more ways than we all know.

M.O.I. JR: How long did it take you to put this film together?

James Calhoun: In totality it took about two and a half years. When I first started working for Peralta, one of the producers had compiled a slew of interviews, but the connection to the city and the college was missing. We began to focus on the college, the community and the origins of the Black Panther Party. One of the first things that had to happen was the interviewing of any of the leadership that was still around, so that the audience would have a real and true account of what, where and how it all started and how Merritt College fit into that. 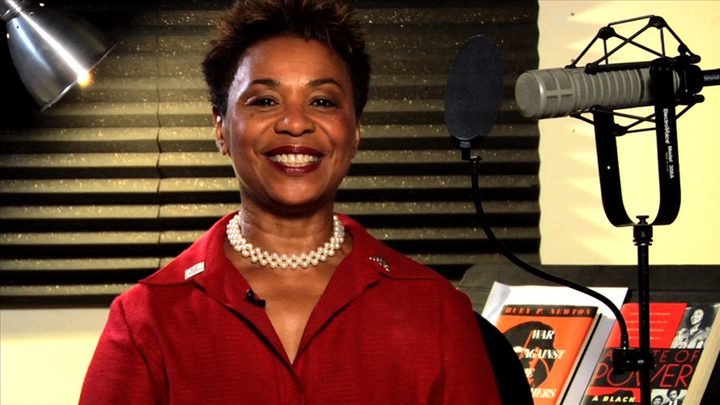 Once we got Bobby Seale and David Hilliard on board, we added Richard Aoki to throw more fuel on the fire, and it began to take form. The last piece was the soundtrack for the documentary. The first soundtrack included a lot of the popular artists from that time sprinkled throughout the flick, but the licensing fees were too expensive.

Since my father wrote music for The Lumpen, the Party’s music ambassadors back then, we thought that we would use his music. After listening to the recordings we had, my father and I went into the studio, refreshed some of the old tunes and created some new ones to complete the soundtrack. It actually gave the documentary much more authenticity and uniqueness.

M.O.I. JR: Where has it been showing thus far?

James Calhoun: So far, we have had the great opportunity of having the documentary screened and featured by the United Nations, the Oakland International Film Festival, and we are Honorable Mention at the San Francisco Black Film Festival. We are just releasing it for public consumption, now that all licensing has been cleared and attained. So to all those festivals, we are here for the screening. Or, maybe we should make it a two for one if they screen “Block Reportin’ 101” too! 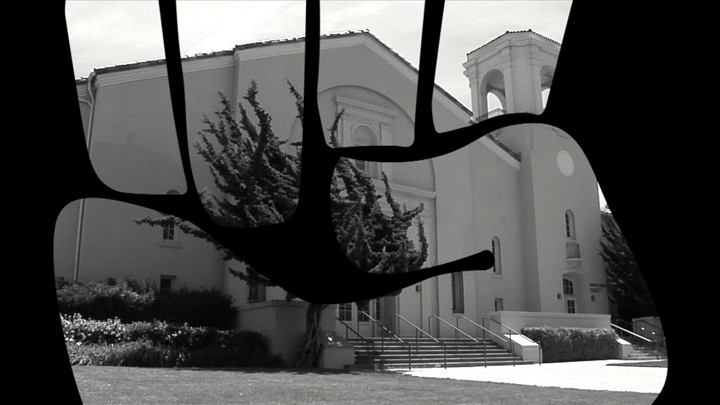 M.O.I. JR: Where can people get in touch with you online?

James Calhoun: The official website for the movie is blackpanthersthemovie.com. It is under construction and reflects our Sundance 12 submission, although we were not selected. And if anyone needs more information, please feel free to email me at jcalhoun@peralta.edu.

I want to thank you, comrade, for your continued support of the rich legacy of the Black Panther Party. You might hear a BP Fugitive track or two in there as well.

James Calhoun heads ElevenFour Productions. The People’s Minister of Information JR is associate editor of the Bay View, author of “Block Reportin’” and filmmaker of “Operation Small Axe” and “Block Reportin’ 101,” available, along with many more interviews, at www.blockreportradio.com. He also hosts two weekly shows on KPFA 94.1 FM and kpfa.org: The Morning Mix every Wednesday, 8-9 a.m., and The Block Report every Friday night-Saturday morning, midnight-2 a.m. He can be reached at blockreportradio@gmail.com.