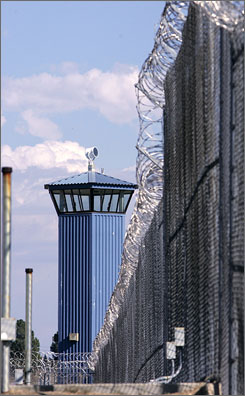 I’m a prisoner at California State Prison, Sacramento, whose mail has been destroyed and delayed from Sept. 15, 2011, through May 8, 2012. [This letter was written May 9, 2012.] I realized this was happening when my letters to the courts, government agencies, family and businesses were not being answered.

I immediately started sending CDCR-22 requests to the prison’s mail room that never got answered. I wanted to have them send me an inventory list to my legal and confidential mail so I could be sure the mail was in fact being mailed by the mail room.

I then filed “602 appeals,” which were rejected, screened out, but the most of them were merely destroyed after I turned them in. Being no newcomer to the game, I tried to communicate with outside agencies such as United States Postal Service, FBI, Secret Service, U.S. Justice Department, Better Business Bureau, but got no replies.

I want you to know I am really suffering anxiety and anguish due to this problem. I lost my right to appeal in a personal injury property damage case. I got burned for over $500 worth of U.S. postage stamps I’d saved up over the years which I trade in for money to buy packages and other things. Legal documents in my federal case were lost so that I can’t file court cases to seek relief in my criminal case.

Here I file 602 appeals, which were never acted upon but instead thrown away. I still have not given up, but I have no law library access and I’m trapped in my cell for over seven months due to being in a SHU status. Then it was suspended, but I’m still in solitary confinement.

Retaliation. Then I started getting these two-line letters from the warden saying there was a delay but my mail is being quickly handled now after several months. I’m aware of what constitutes mail fraud as a federal crime and what constitutes obstruction of access to courts in pending litigation, which is obstruction of justice. I’ve suffered these things and more here!

After having several highly emotional and traumatic attacks I got a letter from the attorneys Rosen, Bien, Galvan telling me they just learned that 4,250 letters intended to be sent out by prisoners at my prison “between 2009 and 2012” were never processed by mail room staff, and both legal mail and personal mail were affected. The CDCR internal affairs and the U.S. Postal Service are investigating the mail problem cover-up.

The CDCR isn’t taking responsibility for this and they refuse to admit anything that might be used to cause them to repay me for the damage they caused here. They only admit mail was delayed! In truth, the number of letters “destroyed” is probably higher than those they say were delayed!

I still have not given up, but I have no law library access and I’m trapped in my cell for over seven months due to being in a SHU status.

As for the U.S. postage stamps they stole out of my letters before discarding my mail, they could have been avoided had they merely granted my 602 appeal demanding that CDCR give all prisoners a receipt whenever any transaction between a prison staff and prisoner takes place. That 602 appeal is still pending but has been denied thus far.

They like to keep it so they can do as they please with our property and mail without giving us any means of proof when our things are victimized. In closing this letter I’d like to say that every correctional officer and staff here kept tight lips about the mail problem and I don’t think they intend to attach blame to anyone or seek any criminal prosecution, although there are at least 20 federal crimes committed against me alone.

For 23 years I’ve watched CDCR get away with serious crimes while we sit in prison. It does not strike me as fair. Where is the FBI? Why don’t they care? I guess a corrupt government is no big deal to them. Well, I have my evidence and proof if any of them ever want to see it, but I doubt it since I’ve seen these people get away with murders and endless heinous crimes for 23 years already. This is no big deal – in America?

Struggling inch by inch to prove my innocence