Throughout the early part of the 20th century, African-American activists fought to thwart the systemic scourge of lynching. Faced with a silent and complicit populace, particularly the media and political establishment, African Americans forced the nation to bear witness to the depravity of American racism. 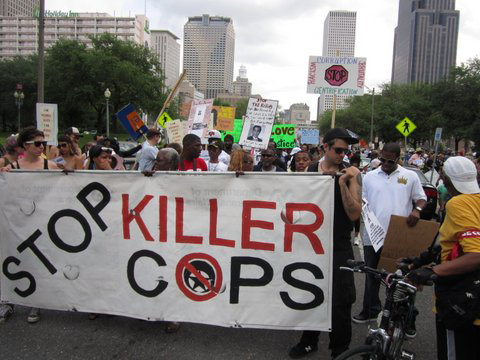 Between 1882 and 1968, close to 5,000 lynchings – 73 percent of the victims were Black – took place on American soil, and that is of course an estimate that does not account for the countless unknown souls who lost their lives at the hands of white supremacy. According to Richard Perloff, racial lynchings had become commonplace in part of because of the media’s failures to bring the injustice into light.

He quotes a white resident of Emelle, Alabama, who questioned a reporter’s inquiry into the killing of an African American: “A few white residents who had been on hand when the men were killed refused to talk about the events to reporters from The Tuscaloosa News. ‘What the hell are you newspaper men doing here?’ asked a white man who had been part of the vigilante group. ‘We’re just killing a few Negroes that we’ve waited too damn long about leaving for the buzzards. That’s not news’” (Raper, 1933, p. 67). The silence from the mainstream media about Black victims burned to death, hanged and dismembered embodied the normalization of white supremacist violence. 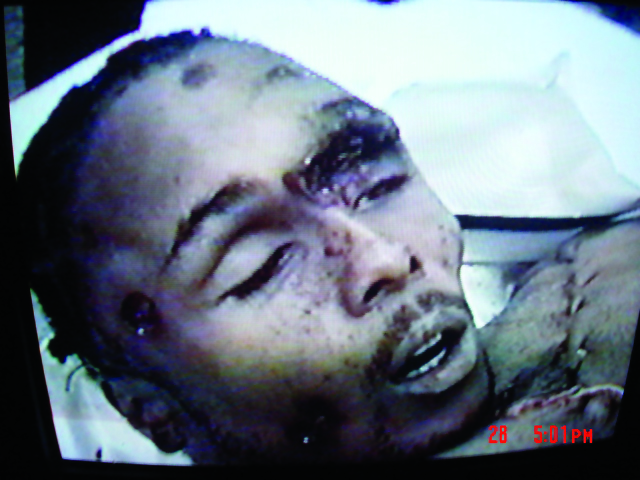 Activists and Black journalists responded to American media that often downplayed the practice of white-on-Black violence and/or named African Americans as deserving of torment and murder. According to Perloff, writing in The Journal of Black Studies: “It is next to impossible to locate a newspaper article that does not identify the victim as a Negro or that refrains from suggesting that the accused was guilty of the crime and therefore deserving of punishment. For example, The New Orleans Picayune described an African-American who was lynched in Hammond, Louisiana, for robbery as a ‘big, burly Negro’ and a ‘Black wretch.’” 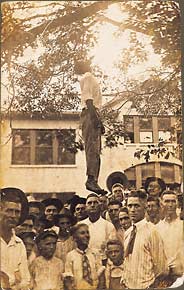 Amid this silence and sanctioning of white-on-Black violence, Ida B. Wells-Barnett and others within the Black press not only documented each and every lynching, but in providing the graphic details, they challenged the very fabric of American racism. From displaying signs announcing “A Lynching Happened Today” to the publication of various pamphlets, activists worked to force America to come to grips with the contradiction between its purported creed and the ongoing violence perpetuated within its boundaries.

The history of racist violence, of lynchings, of state violence, or a complicit media and systemic injustice, all of which define the era of Jim Crow, remain a reality despite our purportedly post-racial moment. A recent report from the Malcolm X Grassroots Movement (MXGM) entitled “Report on Extrajudicial Killings of 110 Black People” elucidates the contemporary struggle against lynchings. 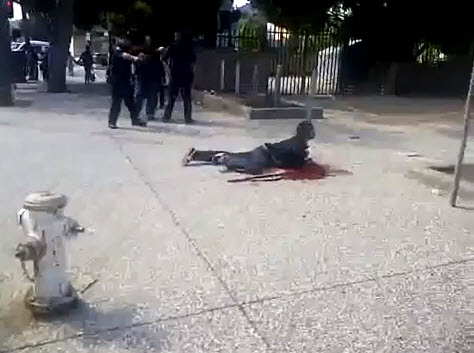 In the first six months of 2012, the police, security guards and self-appointed agents of “justice” have killed 110 African-American men, women, and children. Since the report’s publication, 10 additional killings have been confirmed, which means that from Jan. 1 through June 30, 2012, there was one killing every 36 hours.

Of those who lost their lives at the hands of a police or security officer, 47 did not have a weapon at the time of their killing. Another 40 were said to have a weapon – including a cane, a BB gun and a toy gun – although witnesses have disputed these purported facts. A small number of those killed, 21 people, were armed at the time they were sentenced to death. None were afforded the presumed right of innocence until proven guilty. 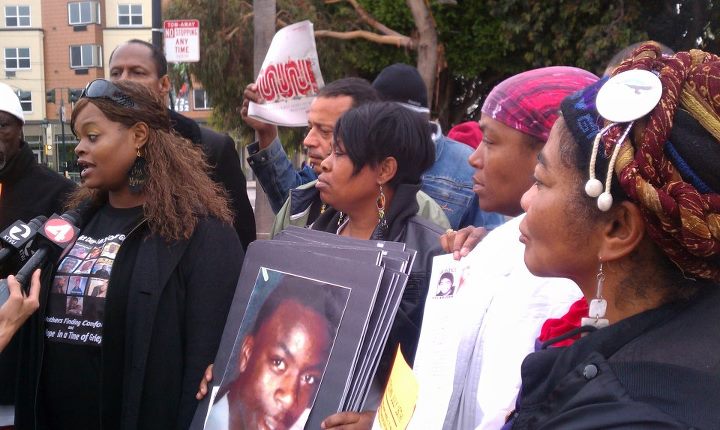 Many of these deaths are the consequences of stop and frisk policies, racial profiling and a culture of white racist stereotyping of African Americans as criminals and suspects. According to Rosa Clemente, a member of Malcolm X Grassroots Movement and former vice presidential candidate of the Green Party, “Nowhere is a Black woman or man safe from racial profiling, invasive policing, constant surveillance and overriding suspicion.” In the press release, she notes, “All Black people – regardless of education, class, occupation, behavior or dress – are subject to the whims of the police in this epidemic of state initiated or condoned violence.”

The study showed that 43 percent of those killed on these streets, prior to any legal proceedings, were stopped because of “suspicious behavior or appearance” or because of traffic violations. Another 10 percent were not involved in criminal behavior at all, with another 18 percent resulting from 911 calls, including several from family members seeking assistance with individuals suffering from mental illness, only to see them killed in the streets.

With only 33 percent of the killings resulting from an actual investigation, we must begin to ask: Police are protecting and serving whom?

Among its victims are Rekia Boyd, an innocent bystander shot and killed in Chicago; Dante Price, who was shot 22 times while trying to pick up his children; and Travis Henderson, a “a suicidal man sitting in a church parking lot with a gun. When he got out of the car, he allegedly pointed the gun at an officer and was shot.”

An Orange County sheriff killed Manuel Loggins, a former marine and father of two daughters, in front of his children. The “sheriff initially said he feared for his own safety and later revised his story to say he feared for the girls’ safety.” 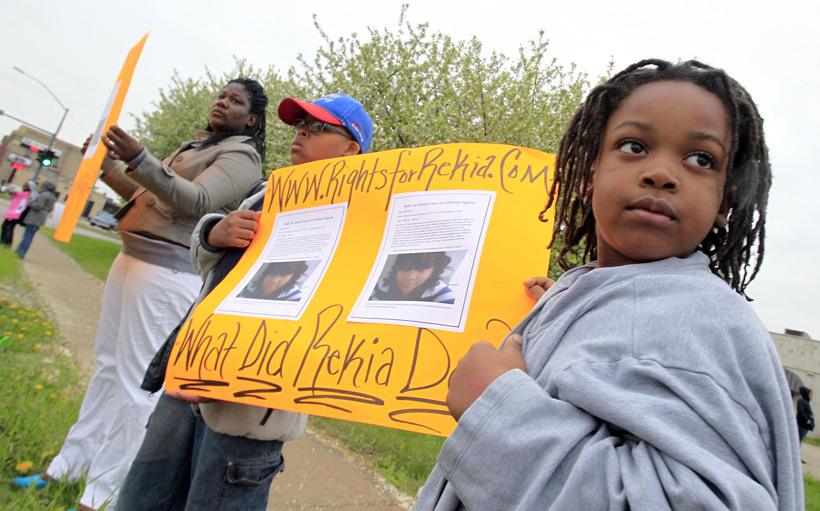 And there is Anton Barrett, “who was allegedly driving without headlights and running stop signs when a DUI Saturation Patrol signaled him to stop. According to the report, “he led the officers on a high speed chase; when his tires went flat, he fled on foot. One officer confronted him in a darkened alley and shot him multiple times, claiming he thought he saw him pull a ‘metallic object’ from his sweatshirt pocket. After Barrett was shot, he attempted to rise and a second officer tasered him. He was cuffed and died at hospital. Police admit they mistook wallet for gun.”

The history of state violence, of the consequences of systemic racism, a story often imagined as a concluded chapter in American history, remains a grave problem of the 21st century. 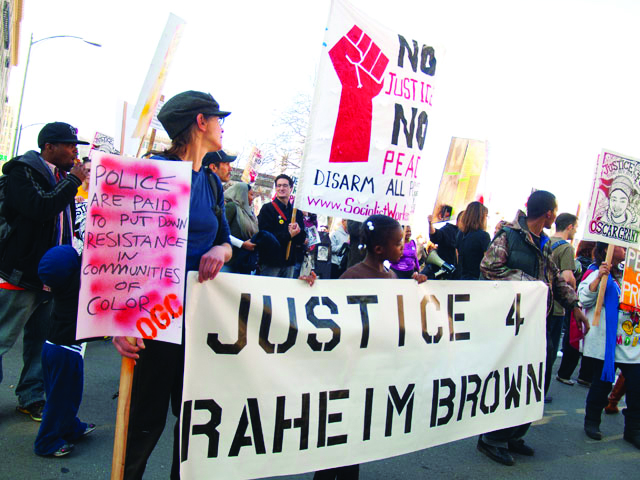 In the spirit of Ida B. Wells and other freedom fighters, this report continues the tradition of bearing witness to the atrocities of state violence. Under a cloud of silence, denial and denied accountability, the death toll rises.

While the media, political “leaders” and citizens alike ignore and justify these killings by blaming the victims, MXGM and this report make clear that African Americans continue to live “without sanctuary” in America, demanding that we not only “bear witness” to these ongoing atrocities but join them “in demanding that the Obama administration implement a National Plan of Action for Racial Justice to stop these killings and other human rights violations being committed by the government.”

A lynching happened today. One happens every 36 hours. Will another happen tomorrow?

As Ida B. Wells-Barnett powerfully reminds us, “The way to right wrongs is to turn the light of truth upon them.”

To read the report, visit http://mxgm.org/wp-content/uploads/2012/07/MXGM-Report-on-Black-People-Executed-without-Trial-by-Police.pdf. For information on the petition, visit http://www.ushrnetwork.org/content/webform/trayvon-martin-petition.

David J. Leonard is associate professor in the Department of Critical Culture, Gender and Race Studies at Washington State University, Pullman. He is the author of the just released “After Artest: Race and the War on Hoop” (SUNY Press), a regular contributor to New Black Man, layupline, Feminist Wire and Urban Cusp and a frequent contributor to Ebony, Slam and Racialicious as well as a past contributor to Loop21, The Nation and The Starting Five. He blogs at No Tsuris. Follow him on Twitter: drdavidjleonard. This story first appeared on the Huffington Post.