San Francisco – Like most kids who grew up in Bayview Hunters Point in the 1980s, Vanessa Banks spent virtually all her free time in Youngblood Coleman Park. 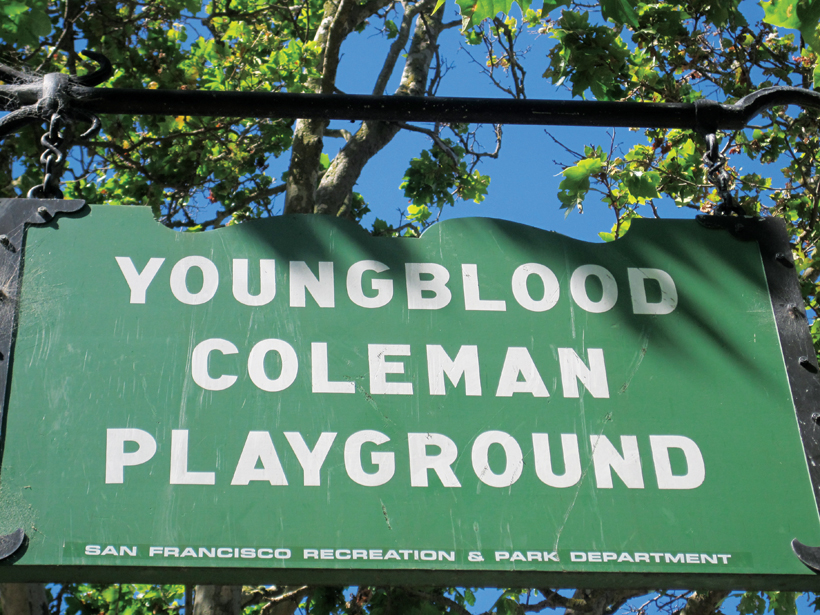 Though it still boasts sports fields, shady trees and sweeping views of the Bay, Youngblood Coleman is a different place today. Its once-bustling clubhouse has become a city storage facility. Its amphitheater sits empty and families have all but abandoned the neglected park over concerns about crime and drug use.

On June 26, a group of committed residents kicked off a campaign to restore the tarnished gem to its former glory. On the first of what will be many planned service days, residents toured the park, brainstormed ideas for public art and children’s activities and learned about the area’s history.

“Our goal is to bring families back to Youngblood Coleman,” said Banks, who is spearheading the effort, called “We 4 Youngblood Coleman Park Initiative.” Banks has partnered with B-MAGIC (Bayview Mobilization for Adolescent Growth in our Communities), which was funded in 2004 by the San Francisco Public Defender’s Office to help San Francisco families overcome poverty and violence through a supportive network of youth and family agencies and juvenile justice stakeholders.

“We want to have the city and community reinvest in this wonderful park and provide a much-needed makeover,” said BMAGIC Director Lyslynn Lacoste. “The result will be a safe space for children to play and be active.” 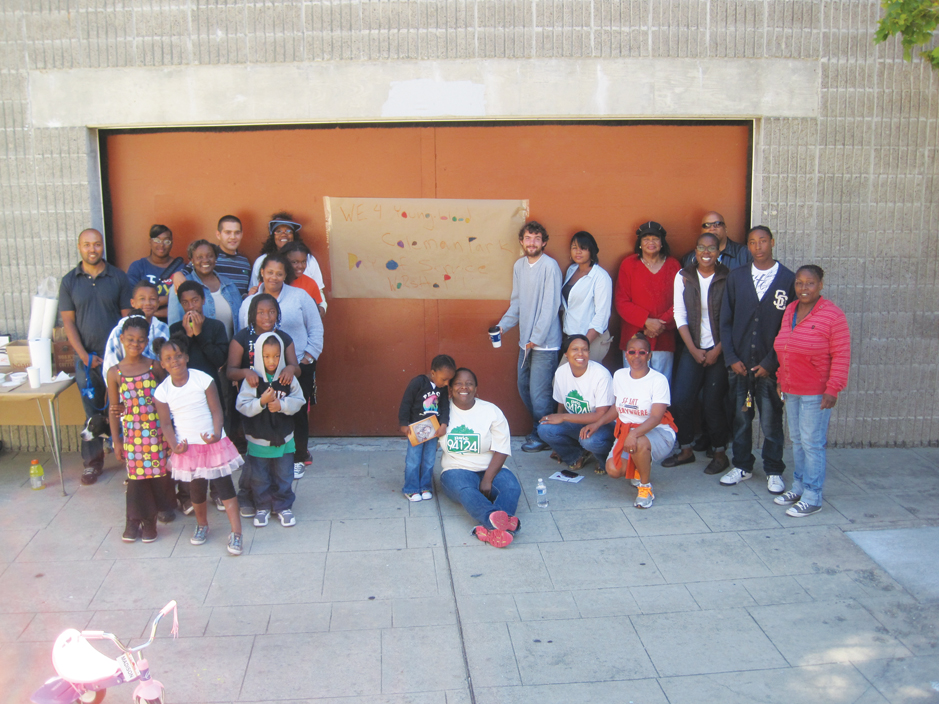 Antoinette Mobley of SF Art Everywhere said she envisions a community space invigorated by public art made by Bayview Hunters Point residents, including children and seniors.

“I see art as a tool to unify and beautify our neighborhood park and create a safe space for our children to return,” Mobley said. Also planned are outdoor movie nights featuring up-and-coming filmmakers from the neighborhood. Habitat for Humanity has offered to build a shed so families can once again borrow recreation equipment.

The park became a community treasure after being born of tragedy. In 1974, two 10-year-old boys, Rubin Youngblood and Wardell Coleman Jr., were killed at the site – then a construction area – after a dirt wall caved in on them while they played. The city scrapped its plans to build housing on the lot. It dedicated the park to the boys’ families in 1979.

A mural honoring the boys is included in the planned renovation.

To get involved in the effort, email: we4youngbloodcolemanpark@gmail.com.

Tamara Barak Aparton, communications and policy assistant in the San Francisco Public Defender’s Office, can be reached at Tamara.Aparton@sfgov.org or (415) 575-4390.