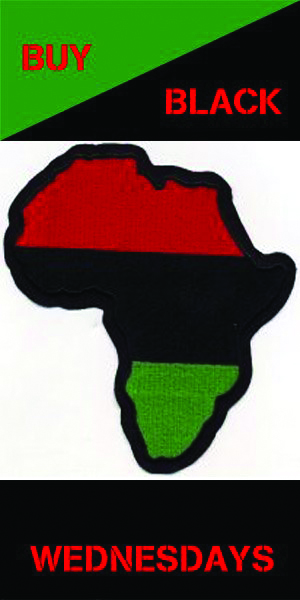 Someday Buy Black Wednesdays will reach critical mass and will be celebrated worldwide and become as popularly known as Kwanzaa, Juneteenth and Black History Month are today. This is not a question of “if” but “when” and how soon do we as a people want to stop the violence in our communities and see peace and prosperity and Black on Black love instead of Black on Black crime.

Because when we, Black America’s trillion dollar nation, start circulating our dollars within the community more, more of us will have more dollars in our pockets and purses, and as a result there will be less crime in our communities and streets, fewer mothers crying on the news about murdered sons and less violence and, finally, a dwindling homicide rate.

When we, Black America’s trillion dollar nation, start circulating our dollars within the community more, more of us will have more dollars in our pockets and purses, and as a result there will be less crime, less violence and a dwindling homicide rate. Happy, prosperous people don’t commit crimes, steal and kill.

So please join our Buy Black Wednesday campaign. We need headquarters and campaign leaders and organizers, volunteers, computers, prayers and donations locally and internationally. We want our members to own, operate, be about and support Black business.

Everybody can participate in this exciting new campaign. It doesn’t matter if you’re Black or white, young or old, male or female. Even my good brothers, sisters and comrades behind bars can be of great service to and invaluable parts of this liberation movement. If you have a voice or a pen, if you can reach an ear or lend a helping hand, you can be one of the Afrikan All Stars, titans and heroic leading men and women who will help manifest this Marcus Garvey-flavored masterplan.

Student groups are especially encouraged. We need robust energy and enthusiasm. The same way we campaigned for a Black president we need to campaign for this ujima-ujamaa Black achievement … to let people know they can vote continuously and successfully for a better Black America and world with every dollar.

However, this campaign is not just about Black business and money; it is a homecoming. It’s about revisiting Black culture, Black history month, Kwanzaa, Juneteenth and each other again at least on a weekly basis and restoring our vision, purpose and glory as Black people and Afrikans.

This campaign is not just about Black business and money; it is a homecoming. It’s about revisiting Black culture, Black history month, Kwanzaa, Juneteenth and each other again.

Dr. King had a dream. I got a plan. If you miss the Black Panther Party, the Black Power Movement or the Civil Rights Movement or you were looking for a more soulful version of the Occupy Movement, this is it. This is the campaign you’ve been waiting for. A bloodless revolution. All those yester-movements have morphed into this one, the biggest, the best and the most exciting of them all.

Where there is vision, the people prosper. Can you see the healing, wealth and glory this campaign will bring to our communities? Can you pheal it?

The American Way vs. the Afrikan Way

Recently we had another Inner City Council meeting, where a group of friends and community members get together to discuss community issues, politics, life, solutions and support. A part of this function is a potluck; this particular one reminded me of the difference between the American Way and the Afrikan Way. The American Way is “mine, mine, mine.” This is my land, my oil, my slaves. I’m taking what I want. Mine.

The Afrikan Way is more community orientated, “ours.” I learned about this concept first from a Cuban ex-girlfriend. We would debate over the smallest things because of our opposing socialist and capitalist background. She said Americans were arrogant for using a capital “I” to designate self. Hahahaha. She also asked me why I thought of everything as “mine” rather than, because we were a couple, “ours”? I gave it some thought and decided I would try this new concept and, as it turns out, I liked it.

The American Way is “mine, mine, mine.” This is my land, my oil, my slaves. The Afrikan Way is more community orientated, “ours.”

Well, for our potluck, one person brought some chips, another brought dip, another chicken, brown rice, salad, spinach, carrot juice, wine and lemon pie for dessert. Now we could have all been selfish and declared that we were all going to keep what we brought because it was “MINE.” And one would have had chips but no dip, wine but no food, and dessert but no dinner etc. But because we decided to share and come together as a community we had a feast!

In the same way, we can claim “our” dollars to be “mine” and spend on selfish wants and desires: Italian shoes, Asian beauty parlors and hair, Mexican food, Arab liquor stores and so on and so forth, adhering to the American Way. Or we can try the Afrikan Way, look at “our” money as “ours” and something that should be used responsibly (ujima) and cooperatively (ujamaa) and we as a people will have a feast!

This is the purpose of Buy Black Wednesday. We do not have to be a poor trillion dollar nation. We can all be what we as a people truly are: RICH.

Black Business of the Month: Olufé Restaurant and Bar

Our Black Business of the Month is Olufé. Olufé is a restaurant located at 2022 Telegraph Ave. in Oakland that serves Caribbean cuisine. They have this cool venue that really speaks to my vision of the purpose and effect of Buy Black Wednesdays. 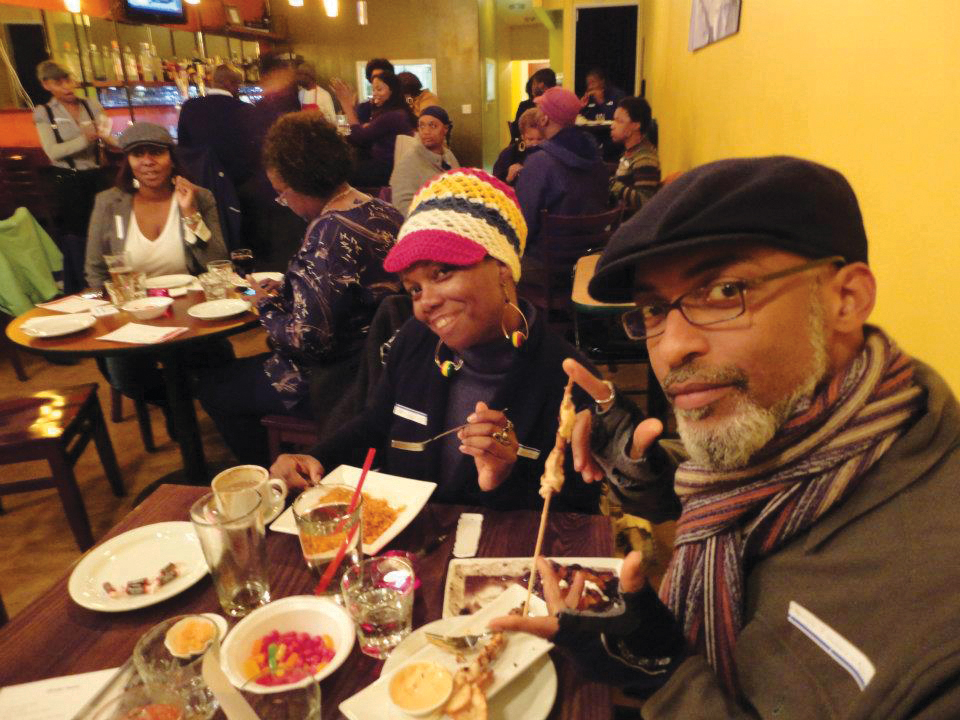 A group called Kinship meets there and hosts a Black Trivia Nite. Their inspiration was to create a venue where Black people could meet and greet and embrace our culture and each other outside the church or the club environment.

When I attended, I had a blast because they encouraged and made it easy for us to meet others and they rewarded us for knowing our history with great prizes, including one sister who won prizes because it was “Bring a Brother Nite”; she brought a brother and her name was pulled out of a hat. Each group competes as a team of four per table.

If you would like to join us as we return to defend our championship, Kinship will be hosting another Black Trivia Nite at Olufé in the middle of August. Email me at pdise@yahoo.com for more information.

Paradise is president of the International Black Writers & Artists Local 5 in Oakland and was recently honored by the City of Oakland with “Paradise Day,” on Oct. 6. He may be reached at oaklandworldsfair@yahoo.com. Paradise also facilitates the Buy Black Wednesdays Facebook page and group, hosts the Black Wednesday Show every Wednesday at 6 p.m. on www.harambeeradio.com and blogs at www.blackwednesdays.blogspot.com. 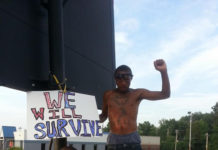