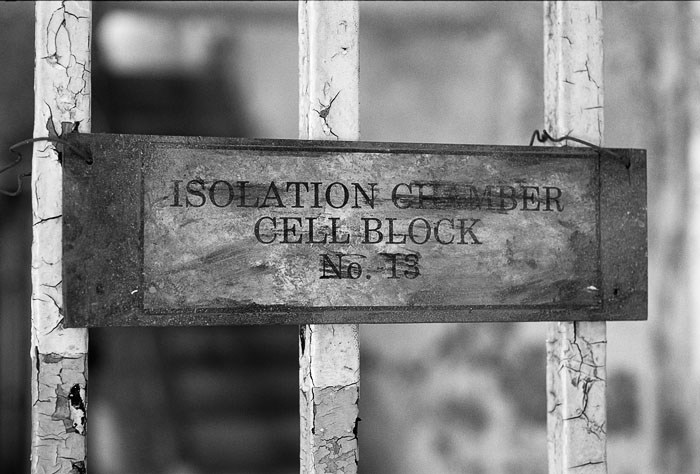 On Monday, July 16, prisoners began hunger strikes at Bertie Correctional Institution (CI) in Windsor, N.C., Scotland CI in Laurinburg and Central Prison in Raleigh, where 100 prisoners were reported to be on strike July 19. Targeting a wide range of conditions related but not exclusive to solitary confinement, the prisoners have vowed not to eat until their demands are met.

“We just received news from one of the strikers on Unit 1 at Central Prison in Raleigh,” wrote a commenter at PrisonBooksCollective on July 23. “After the fourth day, doctors were finally sent in to assess the condition of the prisoners. One of them had lost six pounds, and the doctors threatened to IV him. Otherwise, it sounds like spirits are fairly high with the strike, and hope remains that it will spread. Referring to the administration of Central, ‘They are trying to downplay it but they are scrambling.’”

Prisoners have encouraged supporters to call or fax the administrations of these facilities as well as Director Robert Lewis (see information below), to “march or protest in front of Central Prison and others,” “boycott all products being sold in these prisons,” and to “contact media outlets and let them know what we are doing.”

The prisoners have listed the following demands (listed below), though they are also encouraging others to include any other grievances specific to their conditions. It is still unclear how many prisoners are currently participating, but correspondence with those on the inside has made it clear that the strike has spread to at least three different facilities.

Constant attention and pressure on administrations can help make this strike a success and protect those who are putting their lives on the line. Prisoners have asked folks on the outside to call every day to check on fasting prisoners and pressure administration. Contact these officials:

by the Internationalist Prison Books Collective of Chapel Hill, N.C.

We are encouraging people to make calls to support North Carolina prison hunger strikers. You can find phone and fax numbers above. Because the strike may have spread to facilities we don’t yet know about, folks are especially encouraged to call the Division of Prisons headquarters in Raleigh.

Second, the Asheville Prison Book Program has set up a petition for the strikers which supporters can sign here.

Third, a poster made for public distribution can be found here; feel free to put this up everywhere in your town as a general reminder that prison struggles are happening.

Fourth, please write to prisonbooks@gmail.com if your group would like to be mentioned as supporting the strike. Feel free to also write your own statement of support like these folks. As soon as that list starts to come together we will post it.

Fifth, prisoners have called for solidarity actions and boycotts – the latter largely intended for other prisoners – against companies that exploit prisoners and their families via the canteen. A list of companies involved can be found here.

A weekly anarchist radio show out of Asheville, N.C., called the Final Straw, recently did an hour long interview regarding this hunger strike. You can hear the interview here:

This story first appeared at PrisonBooks.info.