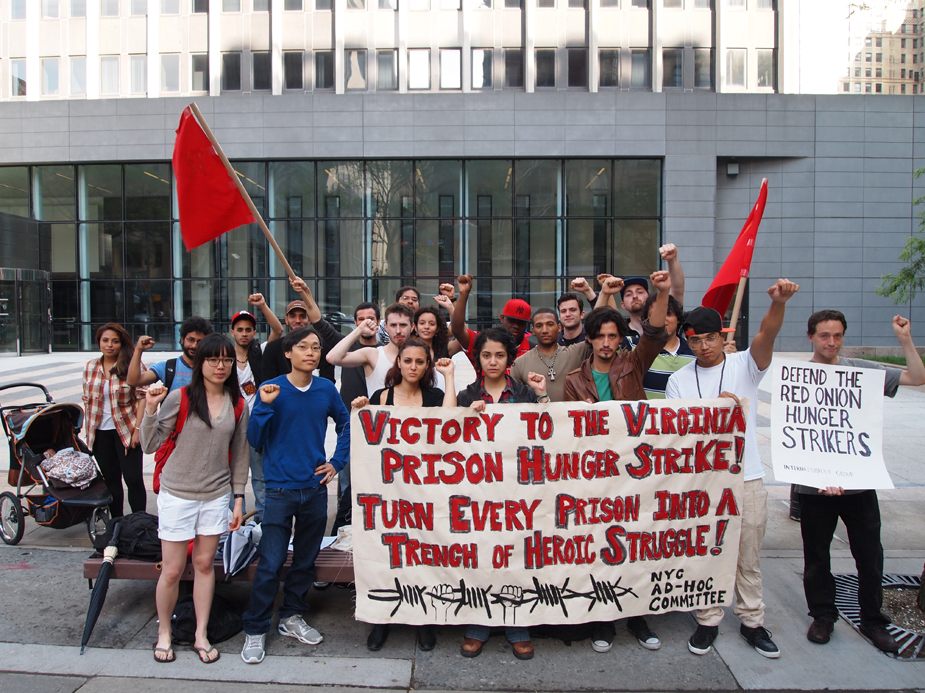 In protest against the ongoing foul and inhumane conditions at Virginia’s Red Onion State Prison – one of America’s most notoriously abusive and racist prisons – dozens of inmates went on a hunger strike. The strike began on May 22, 2012, and lasted several weeks.

I was imprisoned at Red Onion for over a decade. Much of that time I spent in political growth, writing and circulating reports and articles to expose prison abuses and helping to build a support structure on the outside.

I struggled to impart to my peers the truism that while oppression does breed resistance, resistance without unity and public support is futile. Understanding this truism, our captors promote division and individualism among prisoners – a “mind your own business” and “don’t concern yourself with others” mentality – and manipulate us to misdirect our frustrations against ourselves. They maneuver at every turn to alienate us from the general public with fear and hatred – the old Willie Lynch game.

To repress my efforts, officials often kept me in solitary confinement. They routinely censored, destroyed and “lost” my correspondence; imposed increased repression and abuses on me; and finally, on Feb. 11, 2012, transferred me cross-country without notice or explanation to the Oregon prison system.

I’d like to believe that, despite their attempts to undermine and frustrate this work, my efforts, in collaboration with others of like mind, took root and bore fruit.

Many of the hunger strikers are men whom I had the honor of serving as both student and teacher. Many are members of street tribes (so-called gangs) whose traditional rivalries kept them divided against and at odds with each other. Red Onion officials acted at every turn to fuel and perpetuate these divisions and conflicts. However, as one of the representatives of the hunger strike stated:

“We’re tired of being treated like animals. There are only two classes in this prison: the oppressor and the oppressed. We, the oppressed, despite divisions of sexual preference, gang affiliation, race and religion, are coming together. We are rival gang members, but now are united as revolutionaries.”

The prisoners now have an outside voice and support structure through which to publicly air their grievances and demands for basic human rights.

Our oppressors have the power to oppress us only because they have unity and control public opinion. We are learning that not only does oppression breed resistance, but political consciousness breeds unity, and unity begets power.

Our oppressors have the power to oppress us only because they have unity and control public opinion. As I often point out to my peers, we outnumber our oppressors at least 10 to one, and many of us are in prime physical condition. Still they keep us divided and the public alienated against us. It is the politics of oppression, a tool just as effective today as it was on Southern slave plantations and in campaigns to exterminate Native peoples and subjugate Mexicans to turn profits and steal land.

From Georgia’s 2010 prisoner strike to California’s 2011 prisoner hunger strike to this latest hunger strike at Red Onion, however, the prison movement is learning. We are learning that not only does oppression breed resistance, but political consciousness breeds unity, and unity begets power. It enables prisoners, long indoctrinated to believe themselves powerless, to see that they can challenge and change oppression by uniting against their common oppressor.

Unity of the oppressed is the greatest fear of any oppressor: The greater our numbers and unity, the greater our power to turn mere resistance into seizure of power. The prison movement has much to teach us. We are conquered only because and insofar as we are divided. 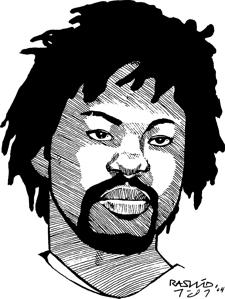 Dare to struggle! Dare to win!
All power to the people!

Rashid Johnson, a prisoner in Virginia who was recently transferred to Oregon, has been held in segregation since 1993. While in prison he founded the New Afrikan Black Panther Party – Prison Chapter. As a writer, Rashid has been compared to George Jackson, and he is also the artist who drew the image that has been used extensively during the California hunger strikes of multi-racial arms linked in unity around a crossed out spoon and fork over a map of California. His book, “Defying the Tomb,” with a foreword by Russell “Maroon” Shoats and afterword by Sundiata Acoli, has been banned as “gang literature” by Pelican Bay State Prison. It can be ordered at leftwingbooks.net, by writing to Kersplebedeb, CP 63560, CCCP Van Horne, Montreal, Quebec, Canada H3W 3H8, or by emailing info@kersplebedeb.com. Send our brother some love and light: Kevin “Rashid” Johnson, 19370490, Oregon State Prison, 2605 State St., Salem, OR 97310. 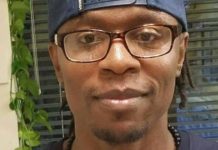