The Pan African Solidarity Hague Committee, led by the December 12th Movement International Secretariat and the International Association Against Torture, delivered a petition to the chief prosecutor of the International Criminal Court, in The Hague, Netherlands, on June 18. The petition demands that the ICC prosecute the U.S., Britain, France, Italy, Canada and NATO for war crimes and crimes against humanity. 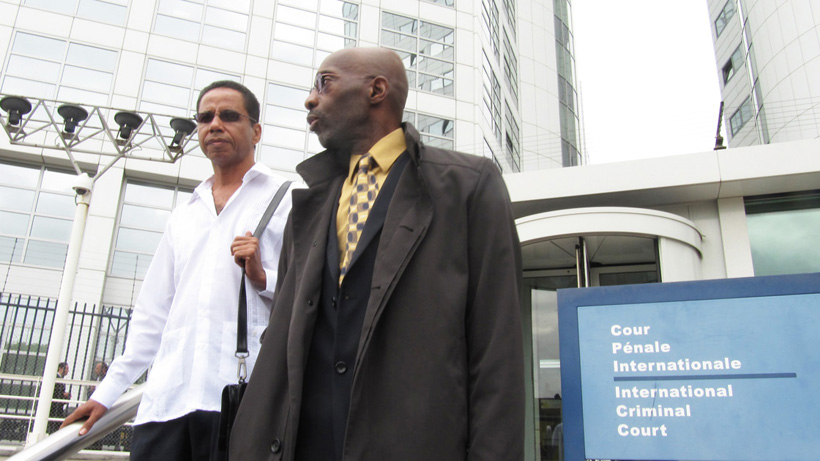 According to human rights attorney Roger Wareham, “The crimes we are charging them with were committed during the NATO invasion of Libya and the overthrow and assassination of Libya’s Col. Muammar Qaddafi; the U.S.-led overthrow of Haiti’s duly elected President Jean Bertrand Aristide in 2004; the French military intervention that resulted in the capture and arrest of President Laurent Gbagbo of the Ivory Coast; the institutional racism the U.S. inflicts upon its Black population, particularly reflected in racial profiling, stop and frisk, and incarceration rates; and the sanctions campaign designed to punish President Robert Mugabe for returning the land stolen by white settlers to the indigenous people of Zimbabwe.”

The ICC itself has come under scrutiny for prosecuting cases solely on Africans – 26 indictees total – and turning a blind eye to crimes perpetrated by Western nations. The committee maintains that the ICC acts as another weapon in the Western countries’ campaign to recolonize Africa and African people.

The PASHC delegation later held a forum on “The ICC and the Task of Ending NATO’s Immunity for War Crimes” at Erasmus University in the Hague. It looked at the institutional racist bias of the ICC – in its 10 years of existence the only cases being prosecuted are against Africans – and how participants can push forward the campaign to prosecute the NATO countries for their international crimes.

Attorney David Comissiong, president of the Clement Payne Movement, said: “During the course of last year, 2011, the people of the world watched in horror and disbelief as the political and military leaders of the major Western powers – USA, Britain, France, Italy and Canada – directed the might of their powerful military arsenals against the people and political leaders of two African countries, Libya and Cote d’Ivoire, and in particular against Brother Leader Muammar Qaddafi and President Laurent Gbagbo.”

The Pan African Solidarity Hague Committee made a report back to the community and discussed the work to be done on this campaign July 13 at the Harlem State Office Building.