News flash: Today both the U.K. followed the lead of the U.S. and the Netherlands by delaying an allocation of $25 million to Rwanda; the Dutch cut $6.2 million in aid. A senior U.N. official told the BBC that defecting Congolese rebels have confirmed that they were recruited in Rwanda.

by Friends of the Congo 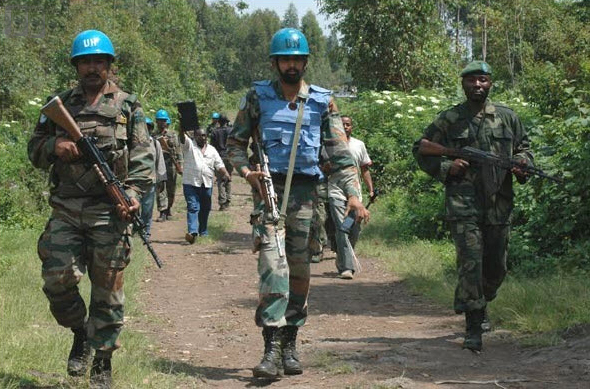 On Saturday, July 21, 2012, the United States officially announced that it was withholding $200,000 in military aid from the Rwandan government. Although a materially insignificant sum, the symbolism has serious implications for Rwanda’s image and reputation in the global community.

In withholding aid from Rwanda, President Obama is following in the footsteps of the Bush administration, which pressured Rwanda to withdraw its soldiers from the Congo in 2002. In addition, the Obama administration has taken a small step in implementing the Democratic Republic of Congo Relief Security and Democracy Promotion Act, PL 109-456, a law that Obama sponsored as a senator and that Secretary of State Hillary Clinton co-sponsored. Section 105 of the law says:

“The Secretary of State is authorized to withhold assistance made available under the Foreign Assistance Act of 1961 (22 U.S.C. 2151 et seq.), other than humanitarian, peacekeeping, and counter terrorism assistance, for a foreign country if the Secretary determines that the government of the foreign country is taking actions to destabilize the Democratic Republic of the Congo.”

Friends of the Congo maintains that Rwanda’s repeated interventions in the Congo since 1996 has been the major obstacle to peace and stability in the region. Rwanda along with its ally Uganda have invaded the Congo twice, 1996 and 1998; occupied the Congo from 1997 through 2002; sponsored proxy rebel groups, mainly the Rally For Congolese Democracy (RCD), National Congress for the Defense of the People (CNDP) and M23; fought a “six-day war” against Uganda on Congolese soil over diamonds in Kisangani in 2000, killing over 1,000 Congolese and injuring scores.

Friends of the Congo maintains that Rwanda’s repeated interventions in the Congo since 1996 has been the major obstacle to peace and stability in the region.

Yet, Rwanda has escaped serious sanctions and has operated with impunity in the Congo, primarily via its support of rebel groups, with devastating consequences for Congolese civilians.

The withholding of aid by the United States government is significant because it:

1. Sends a strong signal to Paul Kagame and the Rwandan government that they no longer have carte blanche to destabilize the Congo.

3. Communicates a clear message to Rwanda that although its people are victims of genocide, it does not entitle the government to sponsor mayhem and atrocities in the Congo.

5. Announces to the global community that it will no longer provide diplomatic cover for Rwanda’s aggression against the Congo.

6. Sets in motion a process that will increasingly hold Rwanda to account for destabilizing the Congo. See Stephen Rapp’s statements about the possibility of Paul Kagame facing prosecution at the international criminal court for arming groups responsible for atrocities in the Democratic Republic of Congo.

7. Says to Rwanda that good management of aid dollars does not give it license to flagrantly violate international law and destabilize a neighbor.

8. Establishes standards or parameters for accountability at the international level. 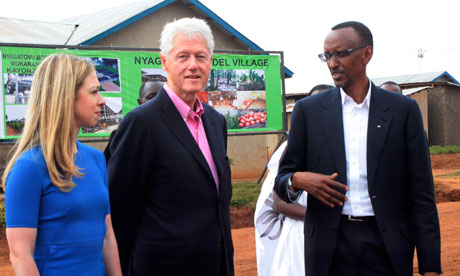 9. Hits Rwanda with the reality that it is not beyond reproach even if it has friends in high places. President Clinton, a staunch supporter of President Paul Kagame had just left Rwanda when the State Department announced the cutting of aid.

10. Injects a critical variable into the equation when Rwanda contemplates the implications for destabilizing the Congo in particular and the region in general.

The Congolese people are yearning for some measure of accountability, justice and an end to the impunity, not only locally but also regionally and internationally. The United States has the tools at its disposal to play a key constructive role in advancing peace and stability in the region.

As the United States continues “to assess whether other steps should be taken,” the government ought to be encouraged and pressured to do more until the political, military and economic stranglehold that Rwanda has on eastern Congo via its proxies is broken. Peace and stability in the region can be advanced significantly should Rwanda cease its support of rebel groups, initiate an inter-Rwandan dialogue and scale back its ambitions to control the Kivus for its economic benefit.

• The U.S. government statement on withholding aid from Rwanda: http://congofriends.blogspot.com/2012/07/us-statement-on-withholding-aid-from.html

• Friends of the Congo petition calling on the U.S. to enforce Public Law 109-456: http://www.change.org/petitions/secretary-of-state-hillary-clinton-help-end-the-conflict-in-the-congo

• “Crisis in the Congo: Uncovering the Truth”: http://congojustice.org

Visit Friends of the Congo at http://www.friendsofthecongo.org/ and get involved.