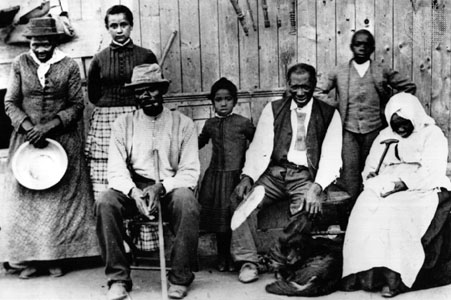 That’s the problem with today’s generation. We are simply inputting the wrong type of information into our precious brains. We need the Bay View like a fish needs water. I can’t over emphasize the importance of having knowledge.

The revolution is happening, now. However it’s not being televised. So many of us have eyes yet fail to see the war that is being waged against us. We must not look to the Constitution for freedom but take a deep look into our hearts and emancipate ourselves from slavery.

We must not give the enemy a pretext to do what they already want to do. This is easier said than done, considering the environment they designed and forced upon us. What is needed is a movement that will challenge the current system and address the plight of mass incarceration.

We must not look to the Constitution for freedom but take a deep look into our hearts and emancipate ourselves from slavery.

First and foremost we must start with educating ourselves on the reality of what’s happening. Minus education there’s no room for liberation. The first thing the enemy did before releasing the chains physically was put shackles on our minds.

That’s why the late Harriet Tubman said, “I freed a thousand slaves. I could have freed a thousand more if only they knew they were slaves.” That’s still true to this day. Your brain is the most powerful weapon that you have. The more you train your brain and set it on what you visualize, you will witness a world of opportunity at your feet.

I challenge each and every one of you to start making plans before you become part of someone else’s plans. The world is constantly changing.

So we must not make outdated plans. We must learn to adapt and change with the world so we can bring change to the world. So let’s set goals for our lives, mobilize and organize as a people to become better people.

In conclusion, I used to sell and abuse drugs. I also was raised in a game infested environment. Criminal thinking was a way of life.

I’m living proof that anyone who has a strong desire to change and believes in some form of higher power, it’s not only possible but a metamorphosis is inevitable. The use of drugs is a slow form of suicide. Anything that makes you not yourself and you exchange it for yourself is equivalent to selling your soul.

Anything that makes you not yourself and you exchange it for yourself is equivalent to selling your soul.

Let me make it plain. Any substance that alters your judgment, clouds your mind or prevents you from functioning at your highest potential is extremely unhealthy and inappropriate. For those who are awake, stay awake; for those who are sleeping, wake up! For this thing that we call life is not a game!