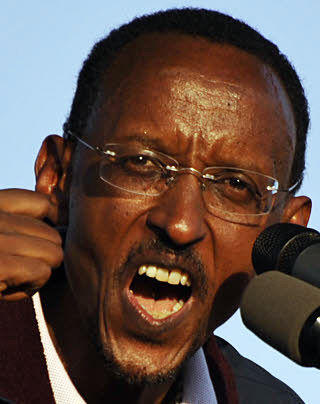 On Aug. 17, 2012, Rwandans, Congolese and international criminal attorney Christopher Black gathered in The Hague to deliver a complaint and documentary evidence to Fatou Bensouda, chief prosecutor of the International Criminal Court, calling upon her to investigate Rwandan President Paul Kagame for war crimes in the Democratic Republic of the Congo. On the same day, members of opposition parties walked to Kigali’s 1930 maximum security prison, where their leaders are incarcerated, in solidarity. KPFA spoke to Alice Muhirwa, treasurer of the United Democratic Forces or FDU-Inking opposition party in Rwanda.

KPFA Evening News Anchor David Landau: In international legal news, Rwandans and Congolese gathered in The Hague on Friday to deliver a letter and complaint to the new chief prosecutor, Fatou Bensouda, calling on her to investigate Rwandan President Paul Kagame for war crimes. KPFA’s Ann Garrison has the story.

KPFA/Ann Garrison: Rwandans and Congolese celebrated outside the International Criminal Court in The Hague in the Netherlands on Friday while international criminal attorney Christopher Black explained the letter and complaint they had just delivered to its chief prosecutor, Fatou Bensouda. Bensouda, who succeeds Luis Moreno Ocampo, is both the first African and the first woman to serve as the court’s chief prosecutor. 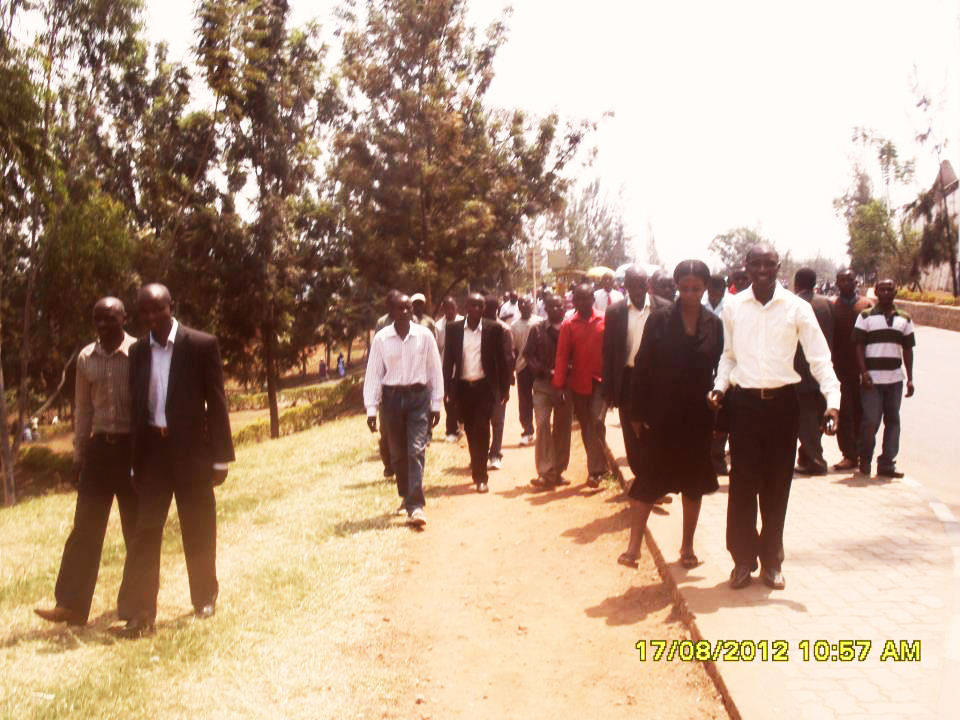 Christopher Black explained why they had included documentation of crimes both within and without the jurisdiction of the court in their complaint.

Christopher Black: We filed information with the prosecutor’s office indicating that Paul Kagame should be charged for two specific war crimes, which are revealed in the latest – what they call the addendum report – released in June. And that is, like Lubanga, using child soldiers and forcing ex-FDLR combatants to serve in the Rwandan Defense Forces.

Those are the only two crimes within the jurisdiction of the ICC contained in that report. The information we supplied also contains the Mapping Report, which proves that Paul Kagame and his forces, along with others, committed war crimes in 1993 in Rwanda and Zaire-Congo up to 2003 and after.

We filed the Gersony Report, which was filed with the UNHCR in October 1994, in which he told the UNHCR that the RPF was committing systematic massacres against Hutu civilians in April to July in 1994. And we filed the other U.N. report, the Hourigan Report, where Michael Hourigan, the investigator for Louise Arbour, on orders from her to find out who shot down the plane, found out that it was Paul Kagame’s Zero Network that did that. And that report was suppressed but we filed that with them as well because it’s now in evidence at the ICTR trials.

So we gave them all that information, even though those crimes are not within the jurisdiction of the ICC, but they give background and the history that Paul Kagame is a criminal of longstanding.

KPFA: At the same time, in Kigali, Rwanda, members of two opposition parties walked in solidarity with the action in the Hague to the prison where their leaders have been incarcerated. Victoire Ingabire, leader of the United Democratic Forces, and Bernard Ntaganda, leader of the Social Party, have been incarcerated since 2010, when both attempted to run for president against “incumbent” President Paul Kagame. Many members of the opposition diaspora now identify Rwanda’s president as “General Kagame” to more accurately characterize the country’s military dictatorship. 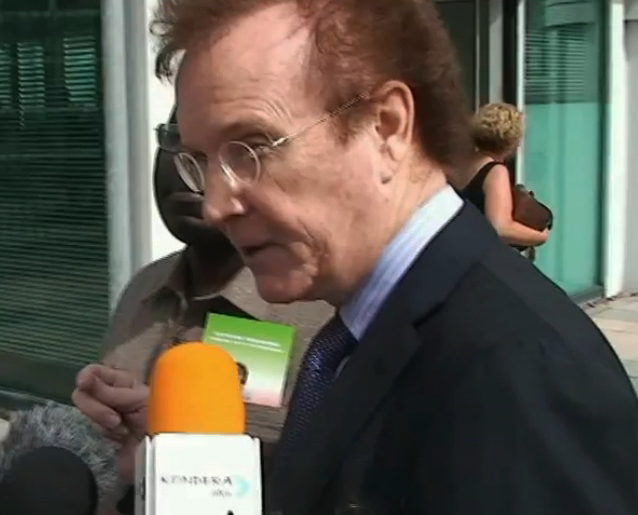 The opposition walked to the prison quietly and nonviolently and carried no signs, but 13 who stayed behind to discuss issues when the rest had left for home were taken into custody by police. Four were taken inside the prison and interrogated before all 13 were released without charges. Alice Muhirwa, treasurer of the United Democratic Forces, told KPFA that openly opposing the Kagame regime, in Rwanda, is a very serious decision.

Alice Muhirwa: It’s not a matter of getting worried in a cause like this. You do not have to feel fear; the confidence may overpass fear. We know that we are engaging ourselves in a very strong cause which initially needs very strong decision. We do not feel any fear.