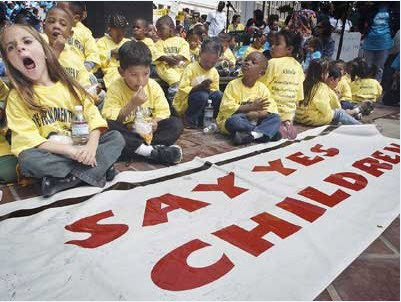 Gov. Jerry Brown and the Democrats have once again sold out to corporate interests in the latest state budget deal in California by grabbing another billion dollars from the safety net for the poor. The deal nearly destroys the safety net, making permanent changes to life-saving programs.

In an effort to save the Healthy Families program for the poor, a huge coalition of some 64 organizations, including the California Medical Association and the Children’s Health Coverage Coalition, rallied unsuccessfully to stop the termination of the health system program that was eliminated in the budget deal.

Budget cuts throughout California during recent years are devastating to the lives of millions as Gov. Brown, the Democrats and the corporate dictatorship running the state continue to plunder and steal the precious resources needed for our schools, housing programs, public hospitals, prisons, health programs, programs for children and the elderly and disabled, public libraries, public housing and food programs that have been serving the needs of the poor and the middle class.

In contrast to the on-going devastating budget cuts, Gov. Brown and his administration are pushing for the controversial multi-mega-billion-dollar corporate projects known as the high speed rail system, estimated to cost $100 billion, and the twin tunnel system to divert massive amounts of fresh water from the Sacramento-San Joaquin River to Southern California costing $23-50 billion, while the Democrats’ catastrophic budget cuts are shredding the state’s schools and poverty programs, tossing millions of people into a life of uncertainty, desperation, homelessness and poverty.

According to the census of 2011, poverty in California grew for the fourth year in a row during 2010 with around 6 million citizens across the state earning incomes below the federal poverty level. The budget cuts will push the poverty rate even higher.

Gov. Brown, the Democrats and the corporate dictatorship running the state continue to plunder and steal the precious resources needed for our schools, housing programs, public hospitals, prisons, health programs, programs for children and the elderly and disabled, public libraries, public housing and food programs that have been serving the needs of the poor and the middle class.

Among the recent catastrophic budget cuts, the welfare-to-work recipients in CalWORKs will be limited to two years of assistance instead of four years, in addition to the elimination of the Healthy Families program that results in dumping 880,000 children into the MediCal program.

Also in the latest budget cutting deal, in addition to grabbing $225 million from the In-Home Supportive Services program, Gov. Brown and the Democrats have also cut child care spending by 8.7 percent, resulting in an $80 million reduction in funding that eliminates day care for around 10,600 children and freezes cost of living adjustments through 2015.

Billions of dollars more in budget cuts are scheduled to take place if Gov. Brown’s plan to raise taxes on the wealthy, including an additional quarter-cent hike in the state sales tax, is not agreed upon by the voters in November.

Gov. Brown and the Democrats hope that by attacking state programs that serve low-income residents, they will somehow win voter support for raising taxes. However, the changes being made to the life-saving safety-net programs are permanent, and it is a no win situation for the low-income residents of California and the poor who are being abused by those in power.

Using the poor as sacrificial lambs to win voter approval for higher taxes, Gov. Brown and the Democrats have permanently and intentionally shredded the state government safety-net programs serving the poor and downtrodden, placing them at great risk of starvation and homelessness in the very near future as a way to convince voters that there will be an additional $6 billion in budget cuts to schools and universities if the governor’s tax measure is rejected by the voters in November. 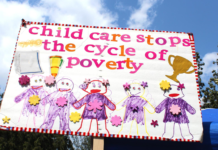 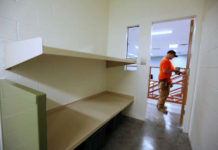 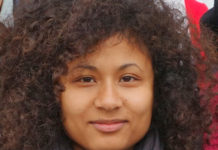 Repealing the lifetime ban on CalFresh and CalWORKs for people with drug felony convictions – Where do we go from here? 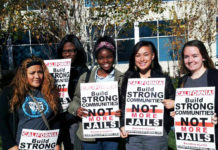 The story behind the 2015 California Budget Act