Contrary to propaganda fabricated by the California Department of Corrections via the Office of Correctional Safety (OCS) and the Institutional Gang Investigations Unit (IGI), Black August Memorial (BAM) is not about senseless acts of violence or gang activity. In the last five years many of us have filed civil complaints challenging the CDC criminalization of Black August Memorial (BAM) and Black August Resistance (BAR), and in every instance the CDC has failed to provide any credible evidence to support their fabricated allegations and, as a result, some judges made rulings favorable to us. 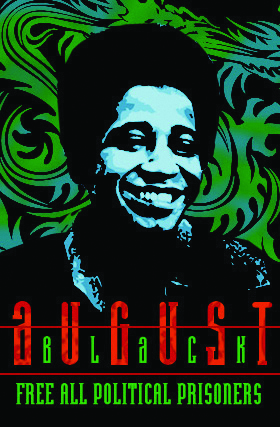 Brotha Adbul Olugbala Shakur will be in the Bay Area next year some time. He is presently awaiting a trial date. Black August will be on trial and we will prove once and for all that Black August is not a prison gang activity, believe it or not. OCS and IGI point blank allege that the only people in society that are participating in Black August Memorial are ex-cons. The CDC, via OCS and IGI, have no problem criminalizing our people and community, and this is why it is imperative that our people show up at Brotha Abdul’s trial so OCS and IGI can see the real faces of Black August – and I dare them to call you thugs in your faces.

Many people have inquired about how they can participate in BAM. The following is only a brief blueprint that we had developed for the North Carolina, Indiana, Baltimore and Chicago BAMCC. You can take this blueprint and build your program as long as you stay within the basic principles of Black August Memorial (BAM).

It is true at the very inception of BAM in 1979 that it only commemorated those who died in the California prison system at the hands of racial oppression, e.g., Jeffrey Khatari Gaulden, known as the Black dragon, Comrade George Jackson’s successor. He died in 1978 on Aug. 1 due to deliberate medical neglect.

Contrary to propaganda fabricated by the California Department of Corrections via the Office of Correctional Safety (OCS) and the Institutional Gang Investigations Unit (IGI), Black August Memorial (BAM) is not about senseless acts of violence or gang activity.

Black August was inspired by the death of our fallen Black dragons Jonathan Jackson, William Christmas and James McClain, murdered by guards and so-called law enforcement on Aug. 7, 1970; W.L. Nolan, Cleveland Edwards and Alvin “Jug” Miller, murdered by a racist prison guard as they defended themselves against an officially-orchestrated racist attack on Jan. 13, 1970 – W.L. Nolan was the leader of the New Afrikan Revolutionary Prison Movement, and Comrade George Jackson was his successor – and then the assassination of George Jackson on Aug. 21, 1971.

Now, contrary to CDC propaganda, by 1982 we began to include other New Afrikan freedom fighters who gave their lives to our struggle for freedom, who made that ultimate and unselfish sacrifice in the service of our revolutionary struggle. This doesn’t include natural causes, and this by no means diminishes the sacrifices made by sistas and brothas like Harriett Tubman or Marcus Garvey, but Black August Memorial only commemorates those who actually were killed in the service of our people. It commemorates our New Afrikan war veterans, from Martin Delaney to Bunchy Carter.

But Black August Resistance is the socio-cultural and political component of BAM. It reflects both the living and the dead from Harriett Tubman to Assata Shakur. Even Brotha Martin Luther King represented an aspect of our culture of resistance. Though he did not believe in armed self-defense, he was far from being a coward, and though he was murdered in the service of our people, he still falls under the principles of Black August Resistance, for he was not an armed combatant, which Black August Memorial was created for.

By 1985 via the Black August Organizing Committee (BAOC), New Afrikan prisoners in at least 60 percent of the U.S. prison system were participating in BAM and there were annual BAM events in Oakland, San Francisco, Los Angeles, Berkeley and Richmond, California, and New York. As we celebrate the 33-year anniversary of BAM, New Afrikan prisoners in every prison system across the country participate in BAM, and there are BAM events in at least 30 different cities across the country, as well as Canada, Mexico, Cuba, Haiti (before the tragic earthquake), just to name a few. These are facts which we intend to present in our upcoming civil trials.

Every local BAMCC can make the necessary adjustments to their programs and events based on the conditions in their jurisdiction, finance in particular, as long as those adjustments stay within the guiding principles of BAM. In the last 20 years, BAMCC coordinators have taken liberty to alter the basic tenets of BAM and as a result weakened the very pillar which fortified the intent and purpose for BAM and BAR.

Many coordinators started arbitrarily adding names to our New Afrikan War Memorial, names of individuals who are still alive. Protocol is clear in this matter. First of all, no local BAMCC can just add names to the Black August Memorial without collective consensus and NO living revolutionary activist is eligible to be commemorated during BAM. Both Kwanzaa and Black History Month have been commercialized and bastardized because they lacked structural enforcement. BAM will not fall prey to subjective and arbitrary emotional reasoning.

There exist two official committees: Black August Commemoration Committee and Black August Organizing Committee (i.e., their national offices) that are responsible for securing the legacy of BAM. Without this oversight, our people 20 years from now can end up commemorating Barack Obama for being the first Negro puppet to perform at the White House. My people, BAM will not become a disfigured pastime. We have strict protocols designed to preserve the integrity of BAM and BAR. Both Black History Month and Kwanzaa have been hijacked and economically exploited by people and institutions who don’t give a damn about us or our history. BAM will NEVER become a hijacked plane being influenced by kapitalist terrorists or Negro bandits with intent only to transform BAM into a commercialized venture for the purpose of financial gain!

The following additional protocols are mandatory, every local BAMCC is required to incorporate these protocols within their local jurisdictions:

These protocols are designed to secure the integrity of BAM and BAR so it won’t be hijacked or co-opted like Kwanzaa and Black History Month. It is each and every one’s responsibility to defend the legacy of BAM and not allow our subjective thought process to influence our interpretation of BAM and BAR.

The following brief draft would facilitate the local BAMCC to organize their BAM programs and events within the established guidelines promulgated by the National BAMCC: 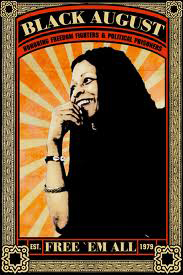 My people, in conclusion, let me reiterate the point illustrated in Brotha Sitawa Nantambu Jamaa’s article in the August issue of the Bay View. Contrary to popular myth, you don’t have to be a member of the New Afrikan Independence Movement to identify yourself as New Afrikan. Our historical reality has qualified us as New Afrikans.

We are not the same Afrikans that came from the Motherland. We are in fact descendants from a New Afrikan that has evolved within the construct of our historical reality. As New Afrikans, we represent all that is Afrikan, from Afrika to Cuba. We embody the Ibo, the Wolof and the Ewe, jut to name a few.

On many of the slave plantations, there were slaves from different tribes and nations forced by circumstances to amalgamate into a New Afrikan. What was meant to destroy us gave birth to a new people, a new culture, a new nation. Thus, the New Afrikan!

We live in a society that spends every waking minute trying to completely acculturate our identity as a people. We are who they say we are. Well, I have news for them, we are who WE say we are and we are New Afrikans in spirit, blood and culture.