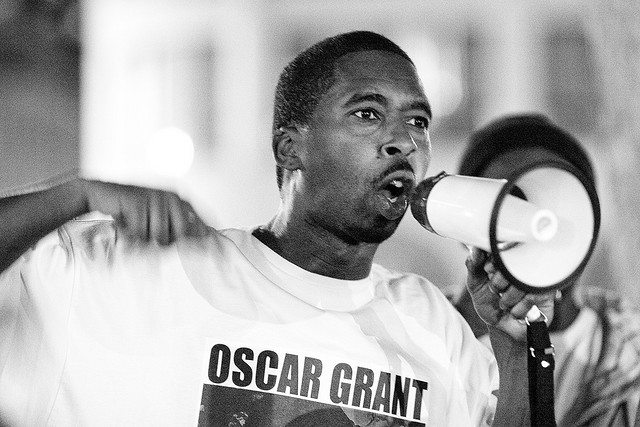 The New York Times published a piece called “Oakland, the Last Refuge of Radical America” that pretty much had everyone in Oakland, including some of the folks they interviewed, scratching their heads and mouthing a collective WTF? Reporter Jonathan Mahler seemed more interested in crafting a fictional piece to rival famed writer Jack London, whom he referenced, rather than telling the truth and putting the subject matter he highlighted in its proper context.

His article basically paints Oakland as a seedy, dangerous, impoverished Wild West where anarchy abounds, crime is rampant and where folks (mostly white) are flocking to exercise and keep “radical” politics alive. Keep in mind this is all coming from the same New York Times that earlier this year declared “Oakland as the 5th Best Place in the World to Visit,” where they penned glowing reviews citing all the new restaurants, cultural activities, abundant nightlife etc.

I don’t know how much longer Occupy Oakland will survive. But I do know this: Its disappearance wouldn’t end radical politics in Oakland. That’s because there’s something The New York Times forgot to mention. Oakland has a large community of astute, determined political activists who pre-date Occupy. And I’m not just talking about people who were active in the 1960s. This is a city where folks are simply not content to sit back and wait for a messianic leader to come along and make things happen.

“Radical politics” – in Mahler’s world – are practiced by those who like to throw rocks at windows, fight the police for the notoriety and recapture the heydays of the Black Panthers and the rowdy rebellious spirit of the Hells Angels, who have a chapter here. That in no way describes what people are all about here in Oakland. It diminishes the true grind that organizers put in day in and day out to improve their community and better this city.

Those who take direct action in the face of oppression do so because they have little or no choice. It’s not something to be romanticized; it’s not a game, even if this writer came across a few individuals who thought it was.

Oakland has a large community of astute, determined political activists who pre-date Occupy. And I’m not just talking about people who were active in the 1960s. This is a city where folks are simply not content to sit back and wait for a messianic leader to come along and make things happen.

So let’s put a couple of things on the table that The New York Times and Mahler omitted, starting with the movement to win justice for Oscar Grant. For those who don’t know, Grant was an unarmed 22-year-old man who was shot point-blank by a BART police officer on New Year’s morning 2009, while he lay face down, restrained on the Fruitvale station platform in Oakland. His killer was convicted of involuntary manslaughter and sentenced in November 2010 to two years in prison.

To not mention the intense organizing efforts that took place for more than two years around Grant and how it was a direct precursor to the Occupy Movement in Oakland that enabled it to flourish is akin to someone doing a piece on police brutality incidents in New York City and not mentioning Sean Bell or Amadou Diallo. 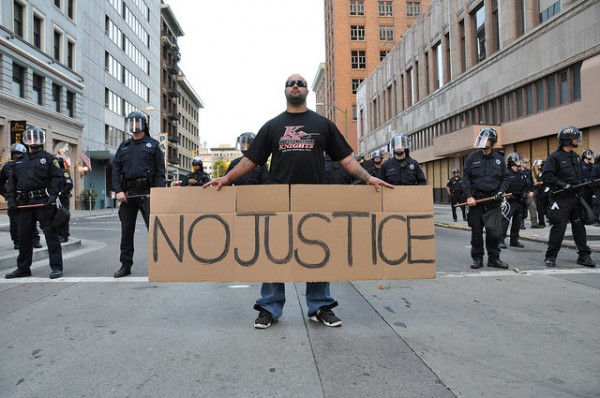 Occupy had a nice way of framing things, 99 percent vs. 1 percent. But economic disparities, the prison industrial system, school spending relative to money spent on prisons and the dominance of corporations and their influence on legislation and politicians were all issues that were unavoidable and vigorously tackled as folks struggled to get justice for Grant.

To be completely honest, many of those aforementioned issues were being addressed by various organizations even before Grant. If we did a complete history of the Oakland and Bay Area social movements, we could write a book as some already have, like San Francisco State Professor Andreanna Clay’s “The Hip-Hop Generation Fights Back: Youth, Activism and Post-Civil Rights Politics,” where an in-depth rundown of political battles in Oakland post-civil rights is accurately chronicled.

If you look at the history, you would have to name check everything from the Free Speech Movement, Anti-War Movement and the Black Panthers to the Anti-Apartheid Divestment Movement, which was recognized by Nelson Mandela, to the Chicano Moratorium, to the fights around Prop 187 (anti-immigration), Prop 209 (anti-affirmative action) and later Prop 21 (juvenile crime), which were all assaultive pieces of legislation that politicized the last few generations.

To read this New York Times piece and see how the writer leapfrogs from the heyday of the Black Panthers and activism in the late ‘60s and ‘70s to Occupy, overlooking the few movements I mentioned above and the many more I haven’t, is to erase history and paint a false narrative. He makes it sound like there was nothing cracking off in Oakland before Occupy. He makes it sound like all the organizations putting in work just folded up and went home.

In the past 10 years, most of it under former Mayor Jerry Brown, we’ve seen the city of Oakland be forced to spend a whopping $58 million in police brutality settlement claims. All this money has been spent while the city claims to be broke, resulting in all sorts of school closures.

We’ve seen record numbers of foreclosures in Black and Brown communities, resulting in the city losing almost 25 percent of its African-American population. We’ve also seen a substantial number of ICE raids targeting Brown and Southeast Asian communities even as Oakland has declared itself a sanctuary city. The Oscar Grant murder was the straw that broke the camel’s back and brought everyone together. 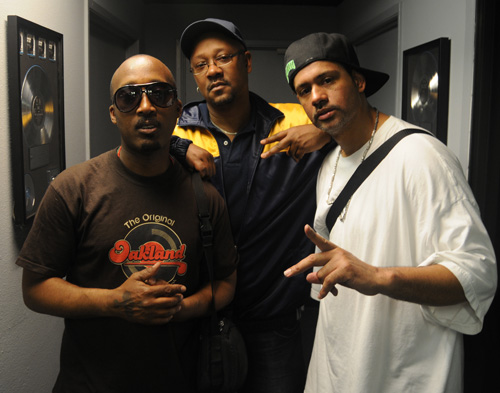 This is extremely important to note, because for two years leading up to the Occupy Movement, folks from various ethnic backgrounds and political persuasions and stripes found ways to work together and at the very least co-exist, as everyone pushed hard to get justice for Oscar Grant. It was unprecedented.

You had everyone involved from suit and tie church-goers to blue-collar labor folks to longtime grassroots youth activists to traditional civil rights leaders to white t-shirt wearing cats off the block to longtime police reform advocates to students both in college and high school. You had revolutionary and anarchist types working alongside folks from the Nation of Islam working alongside immigration reform folks working alongside teachers and professors.

It wasn’t always easy to organize and there were more than a few days in which folks butted heads when deciding on tactics. Some wanted direct action while others wanted to give things a chance to work their way through the system.

Many of the debates that came up under the Grant Movement and even movements prior to Grant are the same debates we saw eventually emerge about Occupy: diversity of tactics, reforming the system versus overturning the system, people of color and white privilege, the role of women etc. Such topics are decades old and have long been debated in movements above and beyond Occupy. They will continue to be debated – and that’s not bad. At the end of the day, it makes your movement stronger.

In Oakland, because of the Oscar Grant Movement, everyone came away knowing each other. Even if you didn’t agree with folks’ politics, you were very aware who was who and what they stood for and what was their political “get down.” The Occupy Movement was the beneficiary of those hard-fought battles and lessons learned, giving them a running start to build upon and take the fight for social justice to other levels, including getting tens of thousands of folks out for November’s General Strike, shutting down ports along the West Coast and feeding folks up to a thousand meals a day.

Many of the debates that came up under the Grant Movement and even movements prior to Grant are the same debates we saw eventually emerge about Occupy: diversity of tactics, reforming the system versus overturning the system, people of color and white privilege, the role of women etc. Such topics are decades old and have long been debated in movements above and beyond Occupy.

It was a big miss and journalistic dishonesty by The New York Times not to mention any of these radicals. With or without Occupy, the issues will continue to be aggressively addressed.

Is Oakland the last refuge for radicalism where outsiders are invading the city? No, Oakland is a city where people are not shy about fighting for and demanding justice. The real outside agitators are the police; 75 percent of its members don’t live in Oakland, yet their insidious activities of brutality have cost the city tens of millions of dollars.

We’ve been lucky to have a strong media justice movement with a lot of independent media to tell our story regardless of what outlets like The New York Times say or don’t say. There are scores of other places around the country where folks fight hard for similar things – from Detroit to Pittsburgh, Pennsylvania, to Jackson, Mississippi, to Tuscon, Arizona, to name a few. This article didn’t illustrate Oakland; instead, it highlighted just how out of touch and desperate traditional news outlets are to drum up traffic and keep themselves relevant using half-truths and controversial statements as fodder.