by Comrade Bobby M. Dixon, Minister of Justice of the NABPP-PC 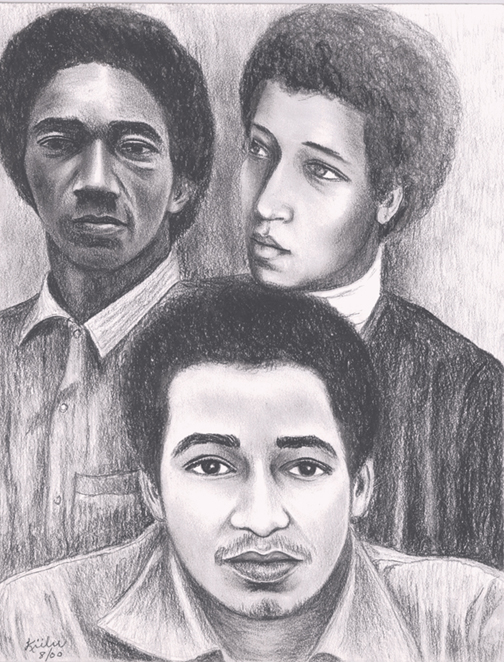 From behind the enemy lines of the California state prison system, from within the belly of the beast – that is the Amerikan injustice system – I greet you all and call your attention to the annual commemoration of Black August. I invite you, fellow prisoners and families throughout Amerika, to join us in honoring our beloved martyrs with fasting, study, sharing Panther love and knowledge in the spirit of our fallen comrades and Trayvon Martin, killed by a racist vigilante in Sanford, Fla., in February and Kendrec McDade, killed by racist cops in Pasadena, Calif., in March.

We’ll honor Troy Davis, executed on Sept. 21, 2011, in a Georgia state prison, and also Sean Bell and Gus Rugley, Hasan Shakur and all who have laid down their lives in the struggle to give humanity a brighter future. Comrade George Jackson, field marshal of the original Black Panther Party Prison Chapter, was gunned down in the yard by guards at San Quentin, and Hasan Shakur, the original minister of human rights of the New African Black Panther Party Prison Chapter (NABPP-PC), was executed by state of Texas for a crime he did not commit.

We also remember Oscar Grant, a 22-year-old Black man who the Oakland police handcuffed behind his back as they forced him to lie face down on a BART platform and then shot him in the back. This cold-blooded murder was caught on cell phone videos that millions have seen on TV and the internet. People in Oakland immediately took to the streets in righteous protest, and protests continue.

These murders have become a symbol of the continuing national oppression in “post-racist” Amerika. This must stop! And we must move beyond protest to make revolution and advance society to communism.

I invite you, fellow prisoners and families throughout Amerika, to join us in honoring our beloved martyrs with fasting, study, sharing Panther love and knowledge in the spirit of our fallen comrades.

We shed tears for our fallen comrades and for the masses brutally victimized by the racist, fascist, murdering police. We have a right to cry over our dead, for every life is precious beyond measure. The loss of each who has been killed by the oppressor in this land of our exile and enslavement is intolerable. We consecrate this month to those who have been taken from us but who will never be forgotten – for the love of freedom which their lives were dedicated to.

Our grief is real, and so is our determination to continue the struggle until all are free and the oppression of our people is no more. Our grief and our pain makes us more human – and stronger because it is based upon love. Our love and determination helps the people to struggle on and brings us closer to liberation. We must stand up as one – a united people, determined to win our liberation in this century. 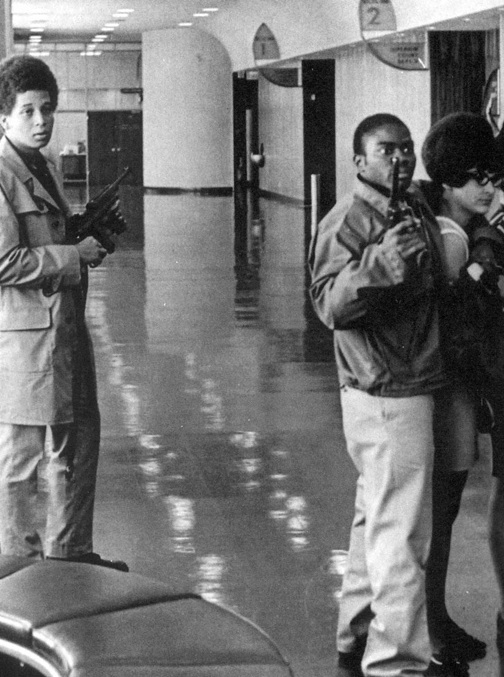 Black August is a month of great significance for Africans throughout the Diaspora but particularly here in the U.S. where it originated. “August,” as Mumia Abu-Jamal noted, is “a month of injustice and divine justice, of repression and righteous rebellion, of individual and collective efforts to free the slaves and break the chains that bind us.”

The concept of Black August grew out of the need to expose to the light of day the glorious and heroic deeds of those Afrikan women and men who recognized and fought against the injustices heaped upon people of color on a daily basis in America.

To clear our minds, I propose that we eat but one meal a day throughout the month of August and fast completely on Aug. 7 in honor of Jonathan Jackson and on Aug. 21 in honor of George Jackson and again on Aug. 31 in honor of Hasan Shakur. On these three fast days, we should be quiet and contemplative and throughout August we should study and abstain from watching TV and listening to the radio.

“August,” as Mumia Abu-Jamal noted, is “a month of injustice and divine justice, of repression and righteous rebellion, of individual and collective efforts to free the slaves and break the chains that bind us.”

During this month, the veterans of the struggle and elders among us should make a special effort to reach out to and teach the youth our history and the lessons of our people’s struggle. We should strengthen our commitment to practicing Panther love and throw away old grudges and resentments and initiate new friendships. We draw those around us closer and build the bonds of brotherhood and sisterhood between us.

Besides fasting, comrades should work out and get a little physical exercise and strive to put mind, body and spirit in balance. Some texts I recommend for study are:

1. “Revolutionary Notes” by Julius Lester
2. “Read Like Your Life Depends on It” by Art Lewin
3. “Bad: The Autobiography of James Carr”
4. “No Justice No Peace: From Emmett Till to Rodney King” by Terry Morris
5. “Race Matters” by Cornel West
6. “Race in 21st Century America,” Curtis Stokes, Theresa Melendez and Gernice Rhodes-Reed, editors; foreword by Darlene Clark Hine