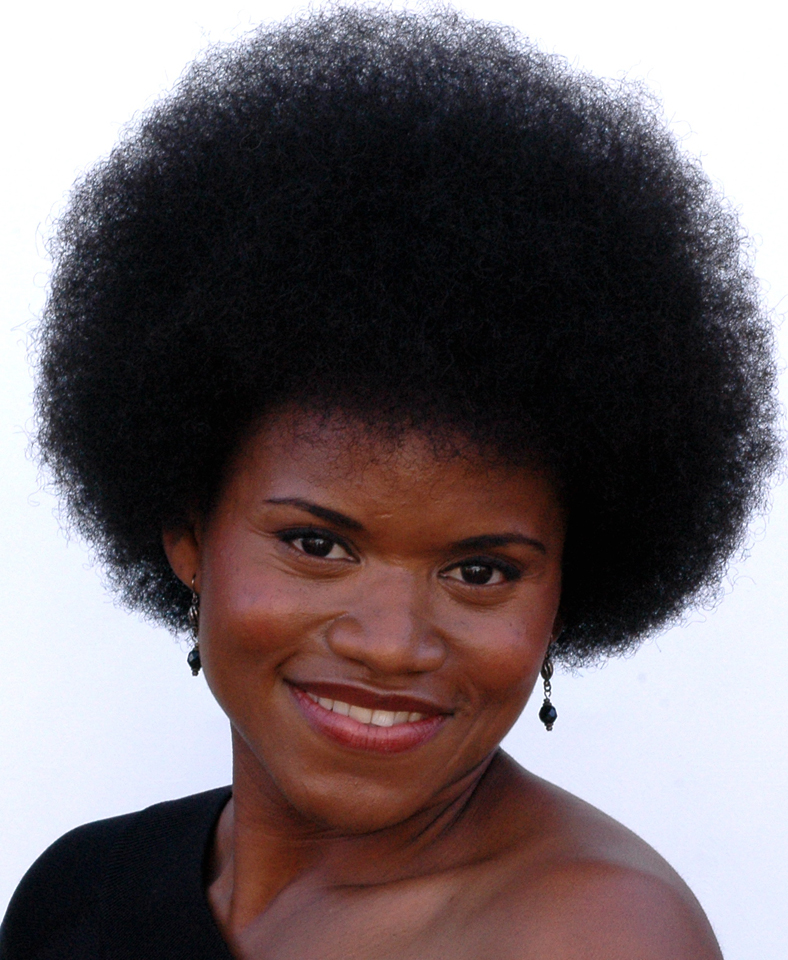 Anita Woodley is one of the hidden treasures of Oakland’s drama community. Though she no longer lives in Oakland, Oakland very much lives in her. She has recently jumped onto the international scene with her two popular one woman plays, “Mama Juggs” and “The Men in Me.” Anita Woodley is on her way to Oakland to perform. Check her out in her own words …

M.O.I. JR: Anita, can you tell the people how you became a thespian? And how did you start to write and perform in your own plays?

Anita Woodley: It all started in the living room of our East Oakland, California, housing apartment project on 13th Avenue and East 17th Streets in an area called “Funk Town.” My mama would wake me in the middle of the night to entertain her friends while they played spades and drank Hennessy in the living room.

I loved to pretend I was my mama hiding the colored television moments before the housing authority’s annual inspection. I also liked to pretend I was Whoopi Goldberg in “The Color Purple,” in the scene where she tried to stab Mister (Danny Glover). My mama and her friends would belly laugh at my portrayals and then my mama would say, “All right, now. Take yo’ ass back to bed. You got school tomorrow!”

I lived to bring laughter to people who were otherwise crying about living in poverty. I learned to tell their stories and we all laughed about how insane life was in our community. I began living vicariously through their street-life experiences and embraced it as an opportunity to bypass many of the realities life in the projects presented.

I got into performing on stage accidentally. My late great-grandma Suga Babe would make up original a cappella songs about everything-I-was-doing-wrong while breastfeeding. It used to drive me crazy, but my husband encouraged me to write the songs down.

A few years later, I sang the song she called “Titty Milk, Titty Juggs” at the Poetic Grove at the Eastmont Mall and it was a hit. When I sang the song again at an artist gathering in North Carolina, one of the artists suggested I turn it into a play.

I lived to bring laughter to people who were otherwise crying about living in poverty. I learned to tell their stories and we all laughed about how insane life was in our community.

The next day, I wrote the entire play in four hours. I then practiced it for six months to prepare for performances in Durham, North Carolina, and Oakland, California. And here it is three years later and I am still performing in addition to being a full-time public radio journalist. 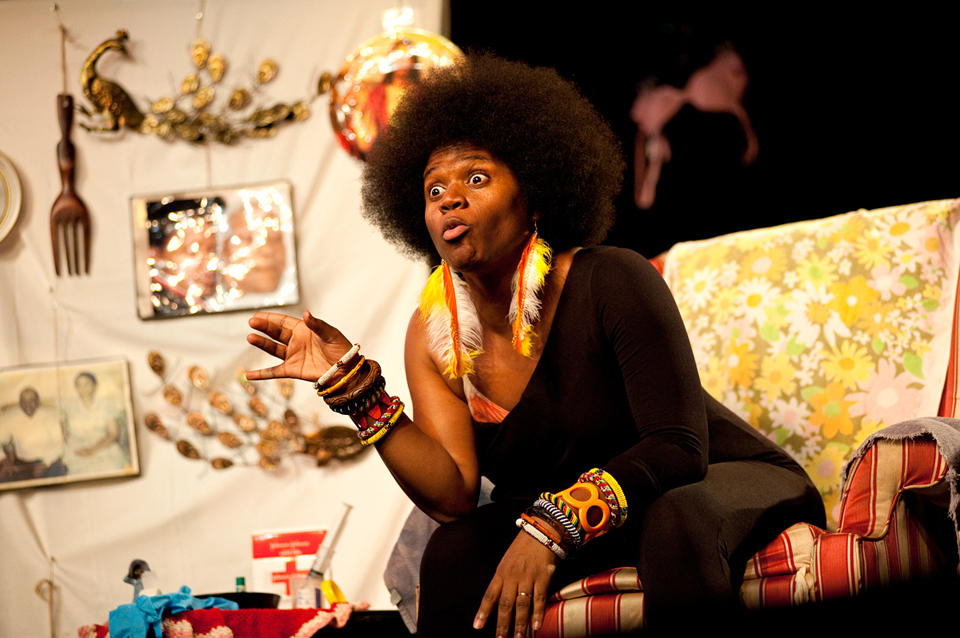 M.O.I. JR: For the people who do not know, tell us a little bit about what inspired your play, “Mama Juggs”?

Anita Woodley: The women in my family who raised me inspired this show. Mama Juggs channels the voices of three generations of Black women within my family as they struggle with bra stuffing, breastfeeding and last stage breast cancer – all in the context of the social and economic adversity of the Oakland projects.

I wrote it as a promise to my mother – who died of breast cancer before 50. It seeks to challenge cultural taboos and stereotypes surrounding breast health and body image. I wrestle with these issues through a diversity of theatrical styles, including a cappella negro spirituals, comedy, straight talk, improvisation and audience interaction.

Special guest Augusta Lee Collins, a West Coast Blues Hall of Famer, will infuse “Mama Juggs” with live guitar. Augusta and I vibe very well as artists that are hungry to continue expanding. Now I am further inspired by all the people I’ve met who are touched by breast cancer and those who have their first breast exam by a doctor because of my mama’s story.

Mama Juggs channels the voices of three generations of Black women within my family as they struggle with bra stuffing, breastfeeding and last stage breast cancer – all in the context of the social and economic adversity of the Oakland projects.

Now folks from all over the country, who have heard about the show, order the High-Def DVD and other Mama Juggs merchandise, so they can enjoy the show with their family and friends. It’s amazing how much the show has grown in popularity in such a short amount of time.

M.O.I. JR: Can you tell us a little about your new play, “The Men in Me”? What inspired it?

Anita Woodley: Where I grew up in Oakland, the men in my neighborhood were often scrutinized by the police and by their own peers. Many of them were murdered and others are barely hanging on, but they still live in my heart. They all inspire me equally.

“The Men in Me” tells the stories of Black males – young and old, straight and gay, liberated and incarcerated – who hunger to grow beyond bleak circumstances and dismal statistics. Their chosen roads, whether dead-ending or circling back or opening up, helped shape me into the woman I am today.

In this show I will play live bass guitar, dance and perform original social justice poetry that I’ve penned over the years. It was inspired by the men in my family and other males I’ve met throughout my life. It is a way to pay homage to their courage to keep trying to succeed at their chosen paths and also being able to give them up.

Some are the same men that many wrote off as menaces to society, yet they helped me out of the projects by keeping me out of harm’s way. I was awarded my first grant by the Durham Arts Council to produce “The Men in Me” here in Oakland, Hollywood and Durham, North Carolina, as the 2012 Drama grantee among the Ella Fountain Pratt Emerging Artists, so seeing my dream to portray the men in my life realized is a blessing.

“The Men in Me” tells the stories of Black males – young and old, straight and gay, liberated and incarcerated – who hunger to grow beyond bleak circumstances and dismal statistics.

I also will release a cd called “The Men in Me: Volume 1” as a soundtrack to the show featuring social justice poetry, some of which I will deliver on stage. I will also reveal a rap I wrote from my teenage years to give the audience a taste of when I thought I wanted to be like a a hardcore female rapper. Back then I was inspired by rappers like Mr. Scarface, Too Short, NWA, E-40 and Tupac Shakur. They were great storytellers that chronicled what I was seeing happen in my neighborhood, so I appreciated them. The album and a t-shirt featuring my artwork will be available at the show.

M.O.I. JR: When are you coming to Oakland?

Anita Woodley: Friday, Aug. 24, at 8 p.m. I will be performing two-plays-for-the-price-of-one at the Humanist Hall, 390 27th St., Oakland, between Broadway and Telegraph.

This is a double feature – “The Men in Me” and “Mama Juggs” – infused with the sounds of live music by the West Coast Blues Hall of Fame guitarist Augusta Lee Collins. Tickets are sliding scale, $20-$25 general and reserved seating $40-$50. To buy tickets, call Brown Paper Tickets at their 24/7 hotline, 1 (800) 838-3006, or buy online at www.brownpapertickets.com and search: Mama Juggs.

M.O.I. JR: How have people responded to your work? Where are some of the places where you have profiled it?

Anita Woodley: Men and woman, young and old, love the “Mama Juggs” show and how it reminds them of the women in their families. People of all races overall respond to my work with excitement and wonderment from the moment I step out onto the stage. And I enjoy it right along with them because I’m transported to another place where my ancestors are alive and thriving. With that experience, out goes residual grief, especially around the months of their births or holidays.

I experienced one instance when a group of African-American women dismissed my show because of my mama’s character’s use of adult language. My mama cursed like a sailor and never apologized for it. Since my one-woman show is about real women in my family who persevered in poverty, I had to keep it real. However, doing so can bring up some issues for folks who have refused to explore.

Men and woman, young and old, love the “Mama Juggs” show and how it reminds them of the women in their families. People of all races overall respond to my work with excitement and wonderment from the moment I step out onto the stage. 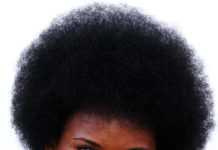 ‘Mama Juggs’ is back