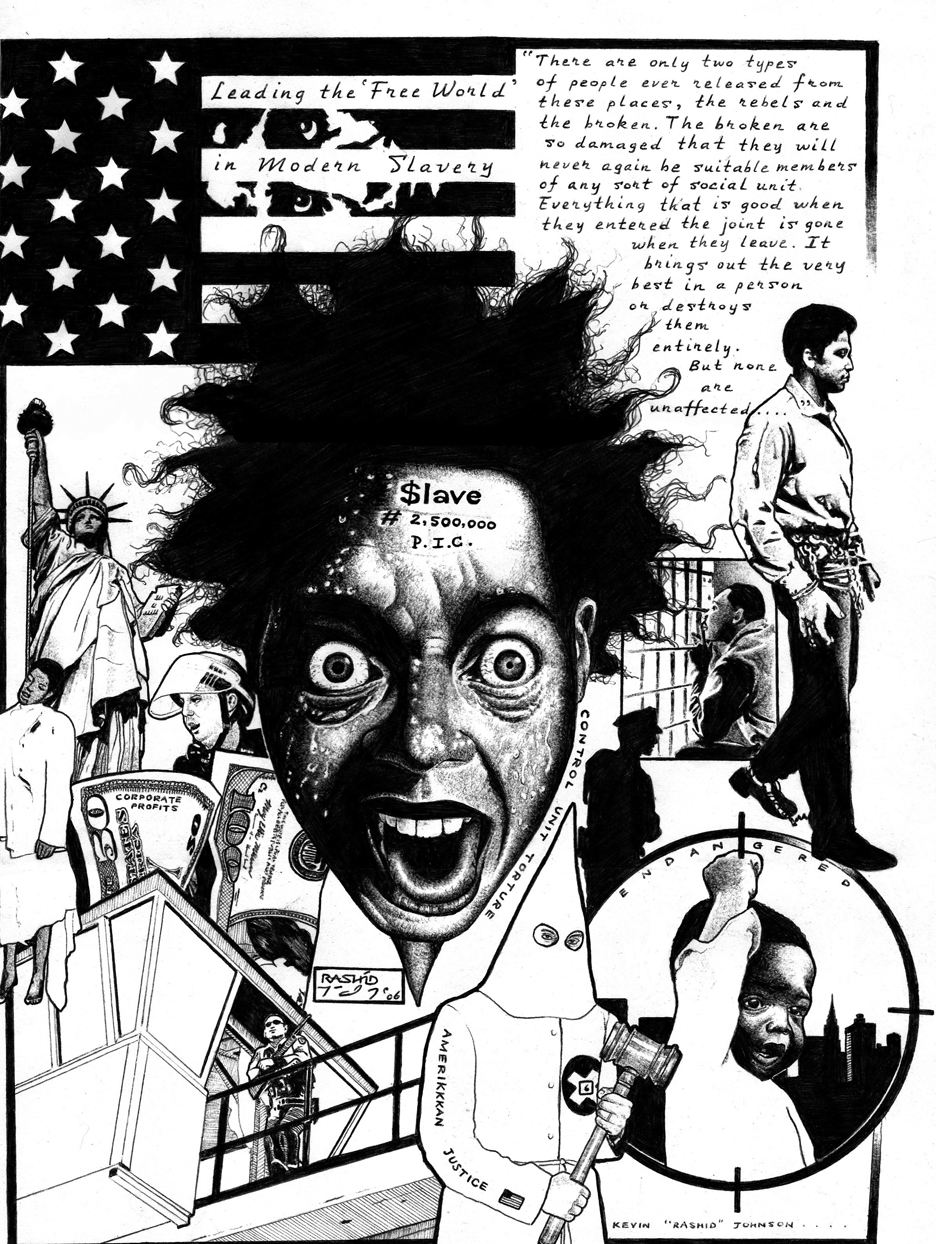 Many of the government’s “experts” claim that long-term isolation is not harmful to an individual’s psyche. Yet, when I look at my hands I see blood.

Like a monkey at the zoo who beats on the bars of his cage, I beat on the bars of the cage I am trapped inside. Violently I beat these bars in anger and frustration until my hands swell and my knuckles split open spraying my blood onto cold steel.

Due to the same anger and frustration, I scream until my throat is raw and it hurts to swallow. This is caused by the isolation of myself from others for years on end. I have forgotten what it is like to experience physical interaction with other humans and because of that, I fear for how I may react when angered or provoked by another at a time when I am not isolated. Isolation has turned me into a menace to society. A barbaric animal that is anti-social.

It’s ironic. When I was sentenced to these death camps, the judge called me a “menace to society” for committing a social crime, and these camps have made me exactly that by keeping me isolated for years. I had thought when I was younger that the purpose of incarceration was to rehabilitate people, but now I know it is really only meant to destroy you.

The damage inflicted upon a prisoner’s mind and soul by isolation is irreconcilable. To make it worse, there are no rehabilitative or productive resources available to prisoners within segregation. Prisoners are left to stagnate in their own depressive dark thoughts while they are shut off from the rest of humanity. No matter how much they fight or resist, they suffer from the cruel reality of these conditions. For it is our experiences and habitats that influence our psyche, spirit, character and individuality.

It’s ironic. When I was sentenced to these death camps, the judge called me a “menace to society” for committing a social crime, and these camps have made me exactly that by keeping me isolated for years.

If someone is treated like an animal for years on end, then it is inevitable that they begin to act animalistic. How anyone could possibly believe or think otherwise baffles me. These conditions turn people into savages that everyone condemns, but very few condemn these conditions. Instead, they build more prisons and segregation units and when more barbarians appear they create even more of these oppressive facilities. It is nothing more than a repetitive cycle that is utterly destructive to prisoners and society, since most prisoners return to society with their warped mentalities.

The reality is that the capitalist system has deliberately constructed these conditions in order to psychologically dominate and subjugate those who resist its authority over them. There is nothing productive about these torture units. The only thing that comes from isolating people from each other is the abnegation of those who could not resist any longer. And this is why I fear.

The conditions of isolation are psychologically traumatizing and oppressive. Isolation dehumanizes you and turns you into a violent anti-social being.

Although I still resist, I fear that these conditions are making me more angry, aggressive and anti-social. I am afraid that when I’m released to society, I will not be able to function properly nor productively due to the conditions I suffer through during these years of segregation. I am not sure that I could interact with other people normally and safely.

Some would say that I need to be kept inside prison then, but these are the same people that ignore the cause of my oppression. These are the same individuals who created the dungeons known as segregation or isolation units and employ the psychological tactics that demoralize and dehumanize us. The people who say this are the ones who oppress us.

The damage inflicted upon a prisoner’s mind and soul by isolation is irreconcilable.

Solidarity amongst the people – be they incarcerated or free – is the only way we will ever successfully oppose these conditions. It is time that we stand up and say, “Enough is enough!” Now the time is ripe for resistance – but only if we unite and fight together against oppression.

End the oppression of isolation and liberate those being victimized by segregation right now. Put an end to the psychological warfare that is being waged against humanity by the capitalist regime.

Through solidarity and struggle we will overcome.