by Tiny, aka Lisa Gray-Garcia

My 15-month-old son and I were down to our last piece of WIC cheese. I was tired and depressed from multiple poverty struggles and impending houselessness as the sole caregiver of my mama, who was very sick, with no job and no child care for my son. 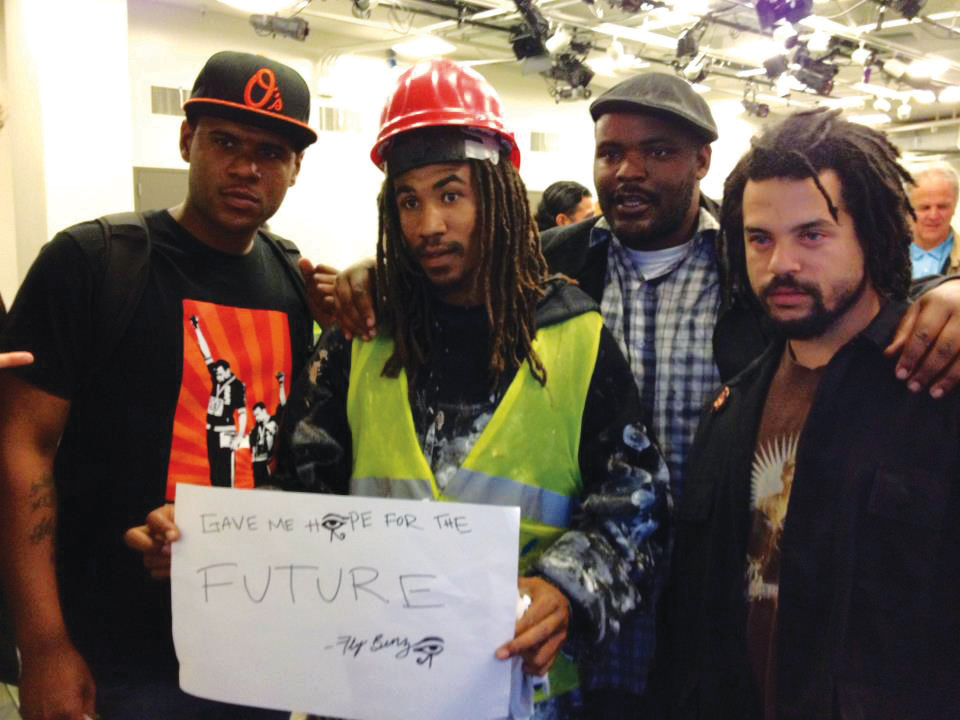 With very little hope left, I pushed my son’s stroller on to the campus of my local community college. Within a month I had free child care from the revolutionary Family Resource Center at City College of San Francisco, a small federal grant which covered my books and tuition and was enrolled in two general education classes. This poor people college access is exactly why I believe that corporate interests are trying to squash the last hope for educational access across the country.

The community college system educates thousands of working-class and poor people across the state of California without saddling us with massive debt. And City College of San Francisco alone educates over 90,000 students.

Last month a “report” was released stating that CCSF was “riddled” with a “slow-moving style of governance” and “paltry financial reserves” and something else about leadership – translation: Corporations could make a lot of money on the 90,000 students at CCSF, so let’s come up with a series of false attacks to destroy this public institution.

So who created this “report”? According to Kathleen Carroll, a lawyer and whistleblower, the corporations and the non-profit corporations (or philanthro-pimps as I affectionately call them) are in fact trying to kill the community colleges. “Free market fundamentalists, are trying to eradicate public education,” she said, explaining that so-called non-profit funders like the Lumina Foundation, the James and Flora Hewitt and the James Irvine Foundations who claim to “fund” education are in fact behind many of the appointees to the very Accrediting Commission for Community and Junior Colleges (ACCCJC) that released the report threatening City College with revocation of their accreditation. And in the case of the Lumina Foundation, it used to be a for-profit corporation that was one of the largest loan guarantors for student loans.

Mmmm, let me see, wouldn’t a loan guarantor make a lot more interest on a higher loan premium that a working-class or poor student would have to take out to go to a DeVry or Heald College or even a four-year state college or university than on the smaller loan or no loan at all you would need to go to City College?

With very little hope left, I pushed my son’s stroller on to the campus of my local community college. Within a month I had free child care from the revolutionary Family Resource Center at City College of San Francisco, a small federal grant which covered my books and tuition and was enrolled in two general education classes.

In the state of California, they have already successfully closed Compton College, and Cuesta College and College of the Redwoods are also on the chopping block.

And it’s no accident that corporate media like the LA Times and the SF Chronicle, which released stories on this “shocking report” and who benefit from multi-million dollar ad campaigns from the University of Phoenix and other private corporate “schools,” have made no mention of this connection. All this while four-year universities raise their tuitions so high that most working families can no longer dream of a college education for their children.

There is a myth about education funding that it is “good debt,” but I’m the child of a poor wombyn of color who fought and struggled to get a degree by any means necessary, including charging up thousands of dollars of debt that her poor body of color could never repay. Corporate thugs like Lumina were harassing my mama after she passed, threatening me and my family, stealing every bit of blood-stained Amerikan money she was ever able to attain.

And for what, so she could have a piece of paper from an institution that never really materialized into a living wage job, because she didn’t have the “connections” and wasn’t political enough to swallow her indigenous spirit and go along with corporate non-profit protocol?

That moment at City College changed my life, letting me think, expanding my mind and opening me up to other possibilities and, without it, I am sure I wouldn’t have had the energy to keep on the journey of struggle, resistance and revolution.

Six years later, I work with fellow poverty, migrant, disability, elder, indigenous and youth skolaz at POOR Magazine to create a poor people-led skool we call PeopleSkool/Escuela de la Gente started by me and my mama as a resistance to the death-like grip held on education by endowments, philanthro-pimps and corporate interests.

I personally could not afford the tuition of a four-year college and I will NEVER buy into the idea that institutional “learned” education is somehow better than people-attained, “lived” education. But that said, that moment at City College changed my life, letting me think, expanding my mind and opening me up to other possibilities and, without it, I am sure I wouldn’t have had the energy to keep on the journey of struggle, resistance and revolution. 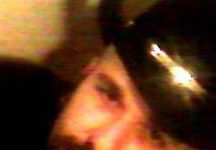 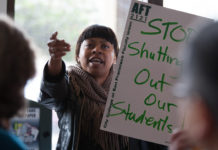 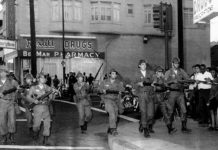