by Bruce Allison with Lola Bean 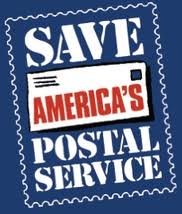 Post offices were formed before the Constitution was written. They were made for the average person and were supposed to be run by the government – not by Walmart or any private entity.

Some members of Congress want to bankrupt the post office. They want the government to secure 70 years’ worth of pension funding for each postal employee immediately. In other words, in order to comply with the new law, the post office would have to come up with about $5 billion. This is as ridiculous as it sounds.

In order to do this, the post office says it has to close rural and small town post offices. The government is planning to close offices in poor areas of major cities as well. In San Francisco, the home base of this reporter, I heard that three post offices will be closing – two in poor areas and one in a working class area.

Don’t think you’re safe, working class people! Glen Park post office is also scheduled to be closed. They are also selling the Berkeley post office. Not closing it – selling it. This is a landmark post office and Feinstein’s husband is looking to buy it. The details are still being negotiated.

The North Beach office is also going to be sold. This will lead to the privatization of your post office. Get ready to go to Walmart for your postal needs.

Please explain to me why Dianne Feinstein cannot be charged with a conflict of interest?

How you can help save the people’s post office

The movement to stop threats of eliminating 220,000 living-wage jobs and closing 3,700 post offices, including four in San Francisco, is growing across the country. The majority of post offices threatened are in poor neighborhoods and rural areas. Help to form new plans of action to follow the successful march and occupation of the Civic Center Post Office.

Come to the meeting of SF Community/Labor Coalition to Save Postal Jobs and Services, Tuesday, Sept. 4, 6:30-8:30 p.m., at the Redstone Building, 2940 16th St., between Mission and South Van Ness, Third Floor, San Francisco.

Bruce Allison can be reached at bruce94103@gmail.com.