“It is Martin King who taught that a real moral struggle seeks to win partners, not to leave victims.” – Maulana Karenga 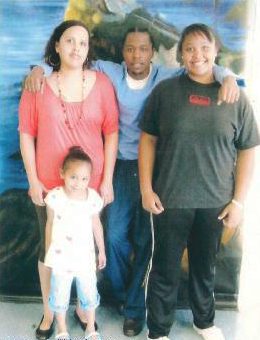 Juan Jaimes’ broken back came to me as breaking news, not only to myself but also to my other Kage Brothers, Pyung Hwa Ryoo (aka Clipper) and Emo and the others in solidarity with Corcoran ASU hunger strike petitioners. [Editor’s note: These prisoners – Jaimes, Ryoo and Brown – then housed in the ASU (Administrative Segregation Unit) in Corcoran State Prison – submitted a petition stating their demands to CDCR and Corcoran officials last December. The July and September statewide hunger strikes had been suspended, but prisoners in Corcoran declared another hunger strike when their demands were not met. Their strike was brutally put down; one of the strikers, Christian Gomez, died while on strike; and the petitioners have been targeted ever since.]

The ripples continue to affect our cause. Although the Kage still hasn’t softened, some people still have a hard time envisioning the repression of the state because they have illusions that they live in a democracy with civil liberties.

This statement isn’t just pinpointing the non-incarcerated masses ‘cause you have more on the outside fighting straight at the beast than those within. So yeah, it’s Convict Code v. Inmate Morals. Some of these mac reps or inmate executive bodies have either never experienced revolutionary politics or they fake kick it ‘cause they are blind to what happens all around them.

Ever since the reprisals started against those who revolted in the ‘60s, ‘70s and late ‘80s movements, it’s been war on me and you! From the crack laws to three strikes to these fake-ass gang laws to the Patriot Act and stop and frisk – it’s all to stop Black and Brown progress. Those Blacks and Browns who have become yes men become avengers themselves ‘cause of the roots of concerted acts enforced by false nationalism, false internationalism and agents of repression. Remember, we UKB are not a gang nor a continuing criminal enterprise. 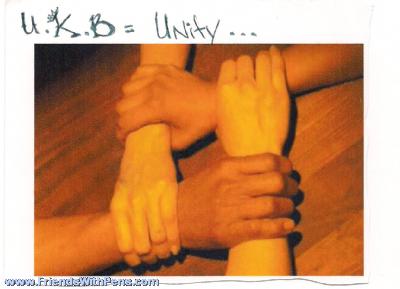 We are always about Black and Brown Umoja. As you, the conscious minds, know, Umoja is the Swahili term for Unity. We have chosen to operate our collective under the name UKB – Umoja K.A.G.E. Brothers, a union of artists, writers, activists, litigants and more, in order to reflect the emphasis we place on the need for united actions from a united front as we begin to address the problems facing our communities. We believe that any successful remedy will be a product of united effort. We also believe that everyone has something to contribute and our focus is encouraging people to use the power of collective action to solve common challenges.

We have no dues, just “do’s,” and we are always looking for fresh ideas and constructive criticism. Even still the state – and when I say the state, I’m unsure if it was the person-to-person phone call made by Matthew Cate to CSP Corcoran’s Warden G. Gipson and/or Gov. Jerry Brown just saying shut this band of brothers down ‘cause they may just be the revenge of the Soledad Brothers! – these state agents who are acting under color of state law, are violating our rights because they’re afraid real Nikkas come back to life?

These so-called inmates with ambition of a Ryder, they’re not really hip to those same federal and state agents of ill repression: the FBI’s secret wars against the Black Panther Party, the Brown Berets and the American Indian Movement. People who read Bay View, anti-racist or any other of a number of “sectarian” papers will be aware of things like COINTELPRO and infiltration campaigns: Tea Party vs. Occupy Everywhere. 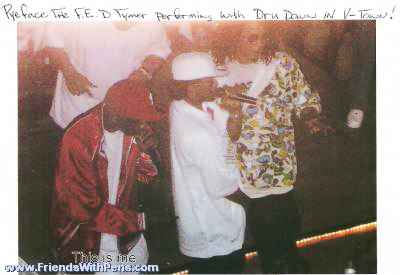 It’s the same state officials who are agents that conduct complicated, expensive and paranoid shut-‘em-down operations. My personal gold tooth and nail fight is here within the bottom of the beast gut. I am enclosing as part of this story of destruction a copy of the ongoing retaliation in a citizen complaint [which will be posted online at sfbayview.com – ed.]. On Aug. 29, 2012, the state agents commanded the state mental health officials to force me to medical court in hopes to force involuntary medication upon my person.

So yes, it’s true: They’re allowing us all to die in a hunger strike for our rights. Then they’ll break our backs when those concerted acts of the green wall fall down on us. Then they’ll next hit us with fabricated Rule Violation Report (RVR) 115 charges to impose a false SHU assignment, only to get you up under the step down program or to become validated as a possible avenger or threat.

Then they’ll shoot you up with pyrolysis, then say to people that Pye’s out of it [William Brown’s nickname is Pyeface – ed.], that Mr. Brown is obtaining psychotherapy now because his mental health treatment is suffering at the hands of agents who are operating under color of state law. That is detailed in my declaration and citizen complaint. 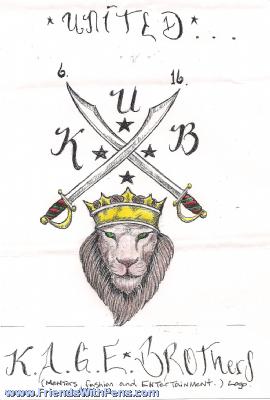 These are the same state agents who are lying on reports against others as well. For example, my KAGE Brother Mike Carter, aka Big Taco, OG from Grape Street, Watts, who has been down for over 32 years, was on his way to board when the same CSP Corcoran state agents set him up on a IEX case, although there were a number of discourtesies in dealing with a large number of out-of-pocket brothers who expose themselves in this evil way.

There are lots of cases in which the state uses indecent exposure in hopes to throw one in a hat of names with stigmas to stereotype a culture of people into another perspective, when in contrast most Black men labled sex symbols to many colorful women. Instead, as a part of the war on me and you, we have those percentage of Black-n-Brown men who are guilty! Then comes a cast-them-out net; then the honest man becomes 911’s collateral damage. So word to the judge: Be real cautious.

Judge not the KAGE Brother. There are secrets in his heart that you might weep to see. When we consider what has happened and continues to happen to us in this country, it’s not easy to quell the rage inside. Every time we take a step forward, it seems there is a systemic push to force us two steps back. As we gain power, there are times we might be tempted to take revenge.

Yet if we are bent on retribution, we are not using our energy efficiently. We need to be forging alliances and building something new for ourselves. This holds true on a personal level as well. If someone hurts us, we can’t allow them to become the focus of all our thoughts. 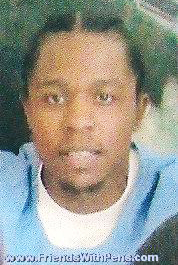 Desmond Tutu said, “A person is a person because he recognizes others as persons.”

Yes, even we who should know better are sometimes guilty of dehumanizing others because they do not conform to our code of ethics, because they don’t belong to our hood, our gender, our socio-economic group or our sexual preference. We start to see others less as persons and reach into our roster of brands: sell-outs, bitches, fags, marks or losers.

We especially, Black and Brown Americans, know what it feels like to be dehumanized. We view those who do this to us as less than human. But real spit: Let’s make sure we apply this judgment to ourselves as well, whether we are looking at our more successful or less fortunate KAGE Brothers and Sisters or at those who’ve made choices we tend not to understand.

My hope is simple: that you the reader of this article act fast, get involved, do what you feel you can to advocate for those here and there and among these ill conditions. Here are phone numbers to call: