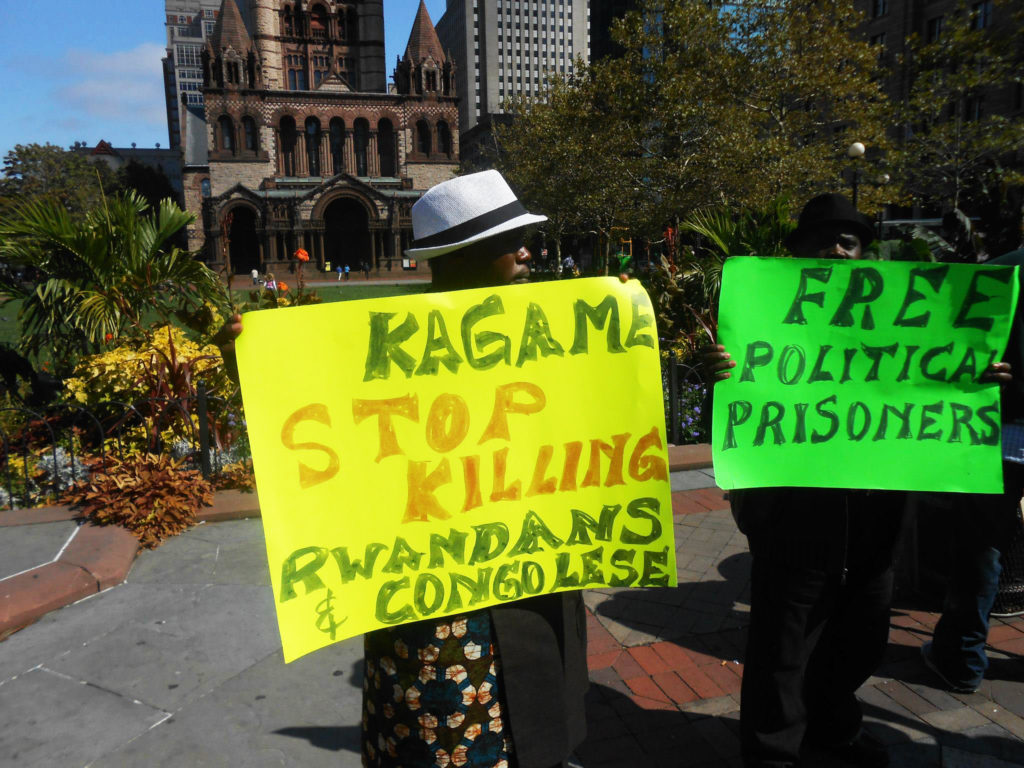 As African people and neighbors who are still struggling to recover from the ravages of colonialism, Rwandans and Congolese should be allies in lifting all of their people from poverty to decent living standards, literacy and dignity. It’s time for dialogue between Rwandan and Congolese people of like mind to finally end the 16-year war between our two armies and their various ancillary or surrogate militias. The vast majority of both of our people need democracy, political space, economic opportunity and a common share in their countries’ resource wealth.

This year’s Rwanda Day, a public relations fest for the repressive, criminal regime of Gen. Paul Kagame, was thrown in Boston, Massachusetts, at the Westin Copley Place Hotel, from Sept. 21 to 22, 2012. When Gen. Kagame appeared at 3 p.m. to make his usual speech about economic growth and development, protestors from Rwanda, Congo and Burundi awaited him on the streets outside the hotel to remind him that his economic “development” has not benefited the majority of Rwandans – or the Congolese affected by his invasions of the Democratic Republic of Congo.

I attended the demonstration and was pleased to meet not only Congolese but also Rwandan and Burundian people who all want to see Gen. Kagame’s military dictatorship come to an end and see peace in the region.

Kagame’s regime is all about image and perception by his Western friends. While he travels the world in private jets, lives in luxury at the finest hotels, and draws a salary more than twice that of the Russian president and more than that of the UK prime minister, 70 percent of the Rwandan population live in extreme poverty.

Kagame assassinates or imprisons any real critics or challengers to his regime. On Sept. 12, three of the country’s imprisoned opposition leaders, Victoire Ingabire, Déogratias Mushayidi and Bernard Ntaganda, were nominated for the European Parliament’s Sakharov Prize, which was created in 1988 to honor individuals or organizations who have dedicated their lives to the defense of human rights and freedom of thought.

People inside Rwanda are continuously harassed by government, and prominent Kagame opponents have been assassinated in Kenya, South Africa, Congo and Tanzania. In May 2011, the London Metropolitan Police warned Rwandan citizens that they believed Rwandan nationals had entered the country intending to kill them. 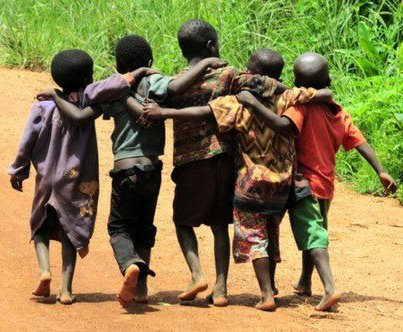 Fourteen years of U.N. reports have documented Gen. Kagame and his army and allies’ invasions and plunder of Rwanda’s neighbor, the Democratic Republic of the Congo. The most recently pubished U.N. report accused Rwanda of being the power behind the M23 rebel group that this year renewed the war in Congo’s eastern provinces, which has already cost over 6 million lives.

Can Gen. Kagame sustain the so-called “development” that he so endlessly drones on about without making war in Congo and plundering its resources?

I don’t believe so. But I do believe that Rwandans and Congolese can unite, as neighbors and as African people, to end the war and the repressive regimes waging it.

Eric Kamba is an activist and a social worker with the Boston-based Congolese Development Center. He says he cannot safely return to his home in the Democratic Republic of Congo so long as Joseph Kabila remains in power. Eric can be reached at ekamba@aol.com.