The Giants have more in common with the Bay than McCovey Cove as America’s Cup Oracle Team USA’s Jimmy Spithill throws out the first pitch at the Giants vs. Atlanta Braves game.

For the first time since San Francisco was awarded host of the 34th America’s Cup, racing boats were on the Bay as the dog days of August were fading. Teams from around the globe – France, Italy, Korea, New Zealand, U.K., USA, China and Sweden – were all competing.

There are super views of the race from our Marina Green shoreline and specially built grandstands.

Grandstanding for the America’s Cup: Jacquie Taliaferro with San Francisco Mayor Ed Lee and MC Hammer! And you “can touch this”!

An event like this takes major sponsorship and requires partners and collaborators that cut across numerous private, public and nonprofit organizations. America’s Cup will bring thousands of spectators from around the world to San Francisco.

This will help improve and repair our waterfront that is in very bad shape. Some are projecting that the 34th America’s Cup will create more than 8,000 new jobs and $1 billion in economic impact spread throughout the City.

Some are projecting that the 34th America’s Cup will create more than 8,000 new jobs and $1 billion in economic impact spread throughout the City.

Jacquie Taliaferro for San Francisco Bay View newspaper with contributions from Wright Enterprises, www.wrightnow.biz. Taliaferro, filmmaker and director of LaHitz Media, can be reached at lahitznews@yahoo.com or (415) 821-1111.

Encourage the young people in your community to enter the “My Favorite 49er” contest. Write about your favorite 49er in 50 words or less. Email LaHitznews@yahoo.com with the subject line: My Favorite 49er. Good luck! 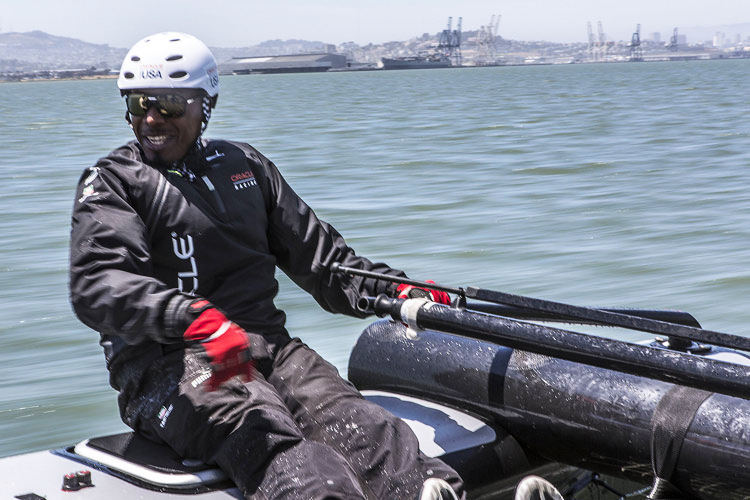