Recommendations on ballot propositions and candidates for office, including San Francisco Board of Supervisors, School Board, College Board and BART Board – Vote 100% Nov. 6!

Most people who read the Bay View are already freedom fighters. You’re willing to do almost anything to bring peace and prosperity to your community. My plea to all young people – most of all our young folks of color – is to recognize that voting is the most powerful right we have. Voting empowers our communities to get what we want.

If we don’t vote, we’re invisible; we get run over. If we turn out in large numbers for this election, Nov. 6, the way we did when we first won our voting rights, we’ll get respect from the people who make the laws that either expand or restrict our freedom and opportunities – from City Hall to the White House. People who can put politicians in office and take them out can’t be ignored.

Voting is the most powerful right we have. People who can put politicians in office and take them out can’t be ignored.

Here are the Bay View’s recommendations for Nov. 6. You may take this paper with you into the voting booth. 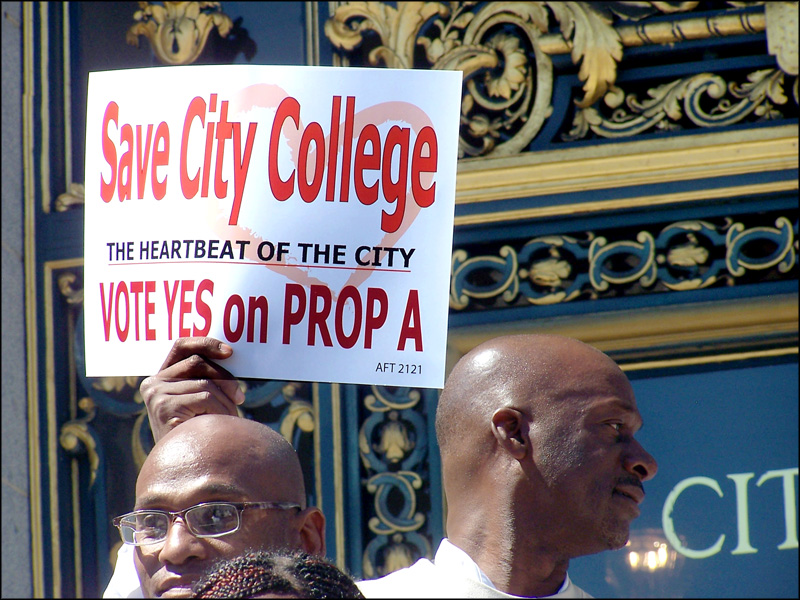 We must save City College by saying Yes to this eight-year parcel tax of only $79 per year. Unless we put it on a strong financial foundation, City College, the largest public school in California and the largest community college in the U.S. and the college that welcomes and is affordable to our people, could have its accreditation snatched and be forced into bankruptcy. Stop the corporate power grab to privatize City College! Vote Yes on A.

Neighborhood parks bring health and happiness to us all and joy to our children – but too many, especially in lower income areas, have been allowed to deteriorate, and that’s a disgrace in San Francisco, the richest city in the world. Youngblood Coleman Park in Hunters Point had to be saved by BMAGIC, the coalition sponsored by Public Defender Jeff Adachi. All San Franciscans need to step to the plate and vote Yes on B.

We’d have preferred a tax-the-rich-only tax and to skip the sales tax increase, but Prop 30 is the best available way to pay for public education and stimulate job retention and growth. It will save $6 billion in additional cuts to schools and limit college tuition hikes. It sunsets in eight years.

All commentators agree that Prop 31 is extremely complex and difficult to understand. On closer look, I’m voting NO. To quote California’s Official Voter Information Guide: Prop 31 “allows local politicians to override or alter laws they don’t like, undermining protections for air quality, public health, worker safety without a vote of the people. Proposition 31 will make it almost impossible to cut taxes or increase funding for eduction. It … will prevent the state from increasing funding for education unless it raises taxes or cuts other programs – even if the money is available.”

Say No to union busting and denying the right of unions to support political campaigns. However, we continue to appeal to the labor movement to rid itself of racism and stop the lockout of Black workers from much of the economy.

Prop 33 would give too much power to auto insurance companies to raise the price of insurance for people who stopped driving to use other means of transportation, such as bicycle and Muni, and for young people who are buying it for the first time.

I’ve always opposed the death penalty, but nearly all the death row prisoners we know urge you to vote No on 34 – and it’s their lives at stake. To them, the sentence Prop 34 would substitute for the current death penalty by lethal injection is simply another death penalty: the slow, agonizing death of a sentence of life without the possibility of parole – and without legal representation. Prop 34 also allocates more funds for police, the richest gang in the hood.

Prop 35 is too broad, failing to distinguish between actual trafficking and our young people whose families have been locked out of the economy. Don’t criminalize and hang the damning “sex offender” label on our youngsters.

California’s Three Strikes Law is often called the worst criminal law in the nation, and it’s devastated our communities. More than 70 percent of Three Strikes prisoners are Black or Brown, and Prop 36 will bring many of them home sooner and reduce the population in our still overstuffed prisons. Prop 36 will save $100 million that can be much better spent on jobs and education.

We demand and deserve to know what’s in our food. Prop 37 will help us take charge of our own health. While 50 other countries require labeling of foods containing GMOs, Monsanto and DuPont have stopped labeling laws in 19 states so far, and California can lead the nation to freedom from corporate poisoning. In the first-ever independent health study, just released, many of the lab rats raised on GMO corn developed huge tumors.

Education and child care are in desperate need of funds, and though I prefer Prop 30 as a better way to fund them, I’m now persuaded that “the only way to reasonably ensure that funding education succeeds is to vote for both propositions,” both Props 30 and 38. Read my friend journalist Peter Byrne’s argument* at the end of this Voters Guide that convinced me to change my position and recommend you vote Yes on Prop 38.

Prop 39 would require multistate businesses to pay income taxes based on the percentage of their sales in California, dedicating revenues for five years to energy efficiency and alternative energy projects. We should be taxing fossil fuels at the wellhead as my home state of Texas does. Taxing hasn’t driven away production there; 46 percent of all wells drilled in the U.S. are in Texas.

Yes on Prop 40 approves the new state Senate districts drawn by the Citizens Redistricting Commission. Let’s keep political parties out of redistricting and support the power of ordinary people. The major parties are to blame for the budget gridlock and austerity measures that oppress and impoverish our communities.

San Francisco Board of Supervisors 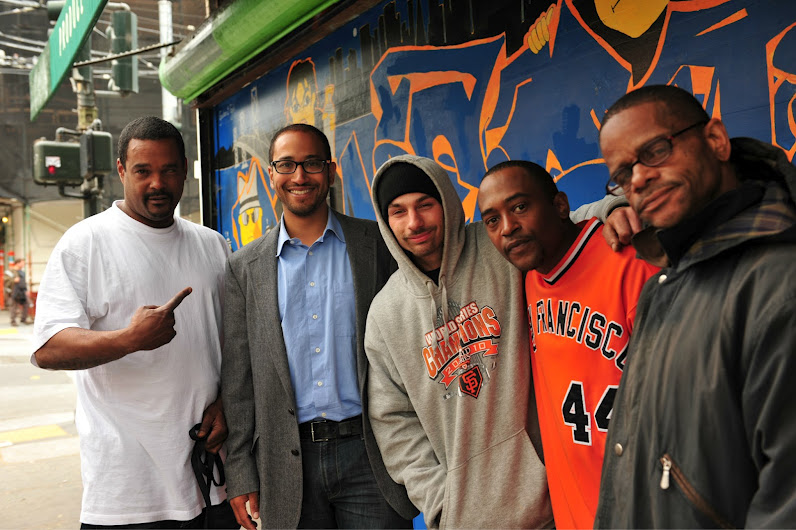 Sandra Fewer – Sandra Fewer understands the causes and effects of the unacceptable dropout rate of students of color in our schools. Students will believe in a bright future for themselves when they see people from their own communities working to improve their schools, especially doing construction work. To keep our children achieving in school, the School Board needs to enact strong, mandatory local hire and local contracting policies to bring the jobs home – to employ and empower our school children’s families. Sandra Fewer agrees that for our children to stay and succeed in school, the Black community and other communities of color must receive our fair share of the $531 million in bond funds to build and improve our schools.

Lynette Sweet – Lynette Sweet knows how BART works and promises to make it work for people of color, not only in transportation but in economic opportunities. She is committed to working with us to end the decades-long lockout of Blacks from BART projects, both as workers and contractors.

Bay View publisher Willie Ratcliff can be reached at publisher@sfbayview.com or (415) 671-0789. This story was updated Oct. 16.

*Letter to the editor: Voters beware – Vote YES on both Props 30 and 38

Many people are (justifiably) confused about which one of the dueling education tax revenue propositions to support at the polls. One measure relies mainly upon increasing sales taxes to fund the sorely strapped educational system. The other measure relies upon increasing income taxes to do the same. There are other, relatively minor, differences. But here is the rub: Each proposition needs a majority vote to win, and if each one gets more than 50 percent, the one with the most votes triumphs.

Conventional wisdom says vote “yes” for the one you “like” and “no” for its competition. But VOTERS BEWARE: voting “yes” for one measure and “no” for the other measure vastly increases the probability that both measures will lose!

If education supporters split the pro-education vote, both measures are almost certain to lose! The only way to reasonably ensure that funding education succeeds is to vote for both propositions. Then, assuming that most people support education, one proposition will win majority approval by a small number of votes: which is vastly superior to both propositions losing. Get it?