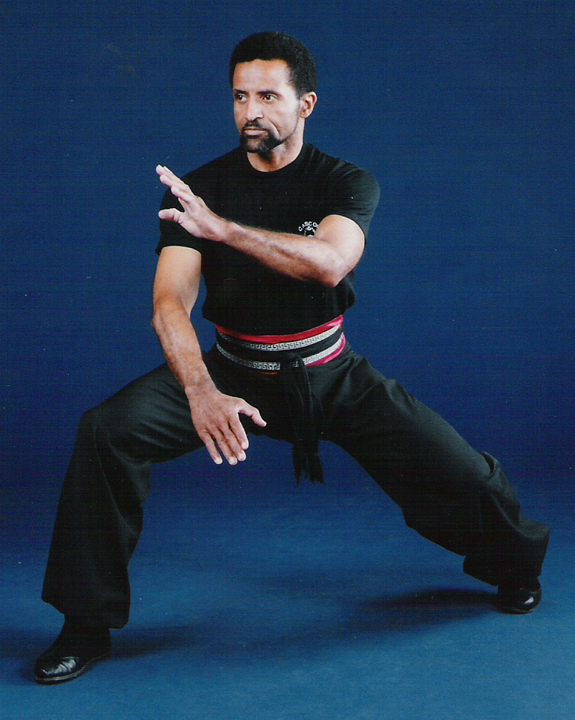 I first became aware of Sifu Bill Owens when I was in single digits. I used to look at pictures in the family photo album from the late ‘70s and early ‘80s of my grandfather, father, uncles and aunt practicing martial arts techniques that they had learned at Cascos Martial Arts Academy under the tutelage of the legendary Sifu Bill Owens.

Since Lovelle Mixon murdered two police officers within sight of the school in 2009, enrollment has been down. The Black community needs to come together to save this four-decades-old institution and the ability it gives us to learn from a Black martial arts instructor who has stood the test of time.

If you are thinking about getting involved with a martial arts school and are regularly in the proximity, this should be the school for you. Or if you go to a martial arts school that is not taught by a Black instructor, you might want to transfer. Check out Sifu Bill Owens in his own words.

M.O.I. JR: Can you tell us when you started your martial arts school? What inspired it?

Sifu Bill Owens: I opened my first martial arts school in 1970. My teacher at that time moved to another state. I, being the highest ranked student at that time, was asked to keep the members together. We trained in the park, at recreation centers, and at community halls. We eventually sought a permanent location. We now can say we have the oldest martial arts school in the East Bay, after 40 years.

M.O.I. JR: What have some of your biggest accomplishments been as a martial arts teacher? 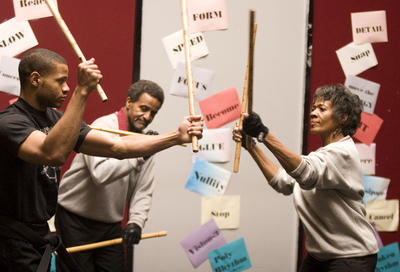 Sifu Bill Owens: I have been so fortunate to have many accomplishments, from holding many championship titles to being asked to be a U.S. representative at the Chinese Martial Arts Championships; from being the founder of the African American art form, Vijiti, The Talking Sticks, to being the author of several martial arts manuscripts. I am also proud to say I have 21 three-generation students – students who have brought their children and their children’s children. However, the accomplishment that I am the most proud of is watching the joy of a child when they conquer a routine that they formerly could not do.

M.O.I. JR: How many black belts would you say you have graduated over the years?

M.O.I. JR: How is martial arts relevant to everyday life? 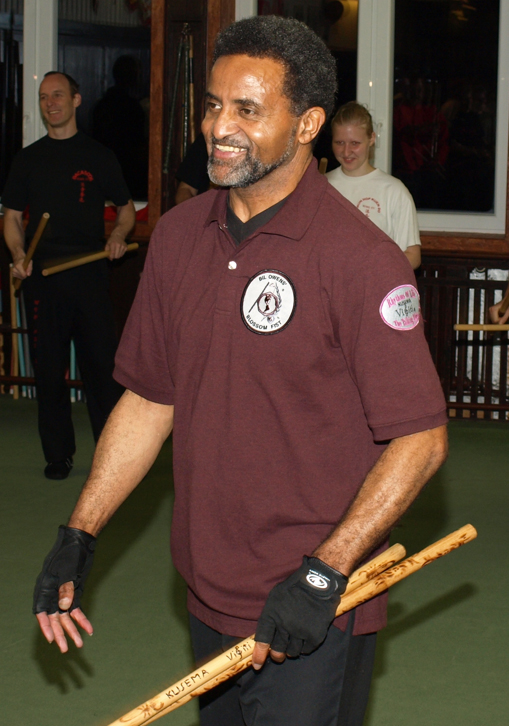 The practice of a true martial arts system requires and develops discipline, self-awareness, self-respect, self-confidence and self-appreciation, to name a few. These qualities you need in all areas of your life.

M.O.I. JR: I understand that the school is in financial trouble and a student drive is underway. Can you tell us about it?

Sifu Bill Owens: There was a severe drop off of students and a constant enrollment decline after the two police officers were killed in front of the martial arts school (the Lovelle Mixon incident). As a result of the low enrollment, we went into foreclosure. The students and the community mobilized and began a Student Sponsorship Enrollment Campaign. If each month we can maintain 60 students above our present number, we can meet the note.

M.O.I. JR: How can people get more information about your school?