If you’re a native San Franciscan, you know the sound. It’s as sweet as the smell of BBQ ribs and cornbread and sweet potato pie when the city had soul food restaurants all over with Black folks cooking in black kitchens on black grills with black pots and pans bubbling music in the background, in the foreground – all over.

Imagine that, Black folks cooking soul food in a soul food restaurant – not like what you see when you walk in the city today. The Black and Brown laughter I grew up with was nourishment; it told me where my mother and father had been, where my ancestors had been; it told me who I was. 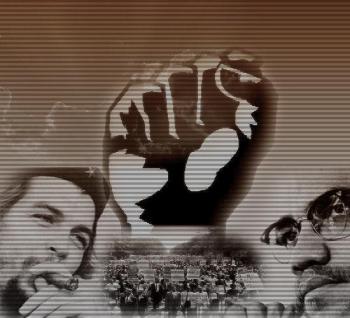 San Francisco, where is the Black and Brown laughter? All I hear is empty chatter, tinny voiced cell phone code, no laughter, no music, no nothing.

But sometimes you hear it. It comes like a friend who knows you, who’s glad to see you. And the beautiful sound came to me a couple days ago.

I was on Muni heading home. I was anticipating a surly driver followed by a bus full of empty faces. The driver was a Filipino guy who grew up in the city – a Filipino who’d grown up in the barrio, the ghetto, the neighborhood. How’d I know? It was his voice and the way he tilted his head to the side.

He said four words: How you doin’, brother? It was the voice of ungentrified Frisco, the voice of my father, my uncles – the voice of my life. I felt relaxed and alive, like I’d walked into my grandma’s old living room. He drove several blocks before coming to a stop. He rose from his seat to make way for the relief driver.

The relief guy got on and the switch took place. It was an African-American brother, from the city too – I could tell by his voice, his laughter. The two drivers talked to each other, laughter of Black and Brown intertwined and beautiful.

How you doin’, brother?

And they laughed, their laughter drawing me in. I felt at home in a city that’s feeling less like home.