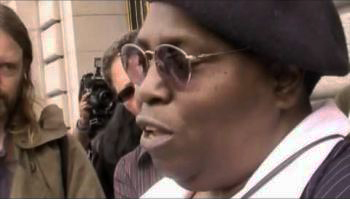 The untold story of foreclosure is the thousands of disabled elders and families who end up homeless when they lose their homes.

Join POOR Magazine for an emergency press conference and rally to hear the stories and support those who are living through this nightmare. Highlighting the story of Kathy Galves, we’ll gather at noon on Tuesday, Oct. 23, at 1164 Church St. at 24th Street in front of Ms. Galves’ former home.

“I have nowhere else to go,” said Kathryn Galves, a disabled African-American elder whose home of 40 years was foreclosed on in July and who now is staying in the Travelodge Motel paying $100-$199 per night from her meager pension and dealing with a bedbug infestation.

Throughout the foreclosure crisis of the last two years, thousands of elders and families have lost their homes to foreclosure and ended up homeless, staying in motels, their cars, shelters and even sometimes the streets. 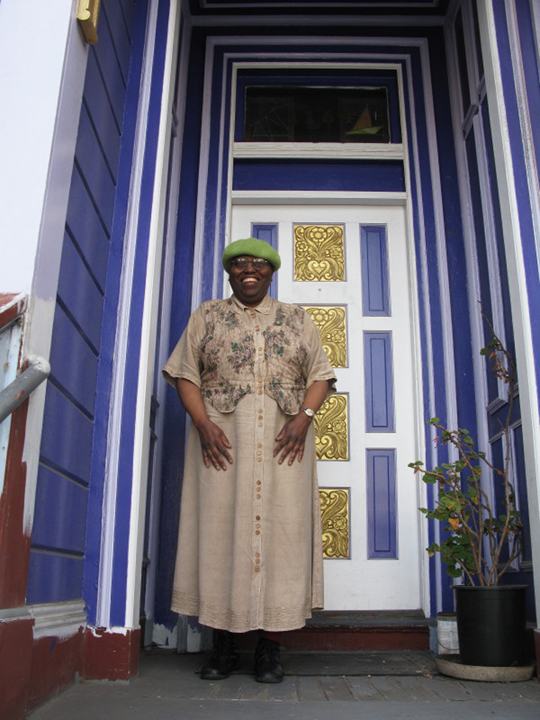 In the Bay Area alone there are hundreds of elders who are very sick now facing dangerously unstable living conditions due to their inability to pay the inflated rates imposed by the banks who hold their mortgages. Most of the foreclosure proceedings occur when the elder or someone in the family becomes ill and medical bills eat up the mortgage payment.

Other elders who POOR Magazine is advocating for include Dr. Lehman Brightman, 82, Native American scholar and educator, who is in the hospital right now while his family’s home teeters on the edge of foreclosure due to the stress on the family income from his illness. Fred Wapihpah, 80, a Native American medicine-giver, whose situation became dire when his wife became ill and could no longer work to pay the mortgage, and now his home will go into foreclosure if he doesn’t receive some financial assistance.

This event is co-sponsored by POOR Magazine/Prensa POBRE, the Manilatown Heritage Foundation, the Idriss Stelley Foundation and the San Francisco Bay View newspaper. POOR Magazine is a grassroots arts organization dedicated to providing revolutionary media access, education and advocacy to youth, adults and elders in poverty locally and globally. The Bay View is a well-respected Black newspaper serving the African-American community in San Francisco and across the globe. Manilatown Heritage Foundation is a living history and arts space preserving the history of the International Hotel struggle. The Idriss Stelley Foundation is a non-profit organization dedicated to providing direct services for victims and survivors of law enforcement brutality in the Bay Area and for families and friends of loved ones killed by law enforcement.

I had just seen a news report telling of a catamaran collapsing and sinking into San Francisco Bay. The mast and the sum of parts that made up this vessel seemed to tangle in the rise and fall of water which made it appear as unstable and flimsy as a cheap umbrella in a rainstorm. The reporter indicated that the catamaran was part of Team Oracle, star of the big to-do known as the America’s Cup.

The dramatic images make for good TV, but I couldn’t get emotionally attached like so many millions over this spectacle – the fate of this symbol of rich man’s watersports with accompanying privilege and arrogance. It was something I couldn’t care less about. Shortly after the newscast, I spoke to a friend who summed up my feelings about the sinking catamaran and the America’s Cup: “Please tell me Larry Ellison was on that boat.” Was he? 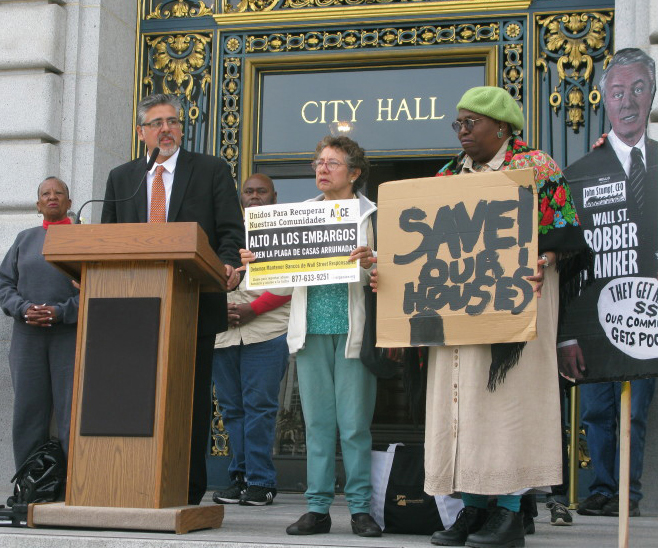 While these folks made it to the 6 o’clock news, flaunting said wealth and privilege, African descended elder and native San Franciscan Kathy Galves tries to maintain a roof over her head. Ms. Galves lost her home of 40 years to foreclosure.

Ms. Galves, a Black woman, a Black elder is trying to stay in the city of her birth. A city whose mandate to erase the Black community was conceived and hatched by the agents of redevelopment and business long ago, a city whose Black exodus is a mark of its shame, an exodus that is killing the heart and soul of the city.

However, you won’t see Ms. Galves’ story on the news. Eviction of Black elders in the city doesn’t seem to be newsworthy to those who own and control media – at least, not as newsworthy as Larry Ellison’s boat.

Ms. Galves now stays in a motel and is a step away from houselessness. The owner of the motel tried to evict her after 30 days residence – the period in which she would establish tenant’s rights in the city of San Francisco. Ms. Galves walks with a dignity that cannot be sunk, her eyes still holding light, unsinkable in the arid landscape of gentrifiers and corporate unaccountability.

Ms. Galves’ story is more important than the sinking catamaran with the Oracle logo. It holds more meaning than all those boats on the Bay and everything they stand for. Their lack of dignity and humility – floating on the Bay – is a blight on our city, an eyesore to those with eyes who see a city losing its spirit, its heart, its soul.

Ms. Galves moves forward, dignity in place, looking for a place to call home in a city that is her home, yet filled with exiles and those displaced in a city that was their birthplace, a birthplace of dreams, an escape from Jim Crow terror to become the blueprint model for gentrification.

Kathy Galves – let her name ring out in every corner, every rooftop, every street, every inch of the city. We are not going to forget. 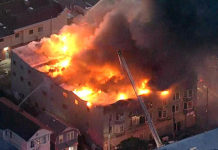 Gentrifying West Oakland: ‘They wanted the building to burn’

The Movement for Black Lives Convening walks the talk, rescues teen from cops: We are the ones we’ve been waiting for 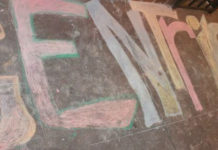 Degentrification Zones, a poor people-led plan to take back this stolen and gentrified land using a twist on ‘the man’s’ killer plans