On March 15, 2002, a mandatory 40 hours of mental health training for SFPD officers to learn verbal de-escalation techniques was unanimously approved by the San Francisco Board of Supervisors and three weeks later ratified by former Mayor Willie Brown. Eventually, 74 officers took the training until it was progressively and completely defunded in 2008.

The March 15, 2002, vote specified that 25 percent of the force would be trained every fiscal year until eventually the entire force was trained. Based on the successful Memphis, Tennessee, model, verbal de-escalation was to be conducted to help people in public mental health crises without the use of weapons.

Observes Irizarry: “In 2011, the Police Commission made it sound as if it was very exciting they were all going to Memphis to learn the Crisis Intervention Team training. We must remind the public that SFPD had already gone to Memphis in 2001; then in 2002 they visited Memphis again to learn CIT at taxpayer expense. So, for the police in 2012 to try to make us believe that CIT is an exciting novelty is a total lie and a waste of taxpayers’ money.”

After SFPD shot and killed mentally ill Pralith Pralourng in July 2012, at the Wednesday, Aug. 1, 2012, San Francisco Police Commission hearing without public notice, SFPD Chief Greg Suhr announced his intention to place Conducted Energy Devices (CEDs), or tasers, in SFPD officers’ hands on the pretext that tasers are “less lethal” than guns. Tasers are a sometimes fatal electrocution device with one quarter the charge of an electric chair.

At that Aug. 1 meeting, on the strong objections of Commissioner Angela Chan, a majority of commissioners voted to table Chief Suhr’s proposal until stipulations and several key criteria in an earlier Feb. 23, 2011, resolution were met.

That Feb. 23, 2011, resolution, approved by a 6 to 1 vote of the San Francisco Police Commission, stated the commission’s charge:

“To authorize the Chief of Police in conjunction with the OCC and two (2) members of the police Commission:

“To investigate and evaluate Conducted Energy Devices and all other less lethal weapons based on independent scientific research and;

“To develop and recommend a proposal for a pilot deployment program with specific proposed policies and guidelines for their use. Further;

“To develop these proposals in consultation with communities of color, mental health professionals, LGBT and other key segments of the community and;

“To set forth proposed costs and funding for the proposed plan;

“Direct the Chief of Police, OCC, and two designated members of the Police Commission to report back to the Commission with their findings and recommendations within 90 days; [The 90 days unaccountably stretched out to 18 months.]

“Also to direct the Chief of Police and OCC, and two (2) members of the Commission to review and make recommendations to the Commission on changes to the police department’s tactical training regarding the use of force within 90 days.

“Deployment of any pilot program is subject to prior approval by the commission.”

Community members present at the Aug. 1, 2012, commission hearing became concerned that tasers in SFPD hands could lead to torture by electrocution, maiming and possible deaths of San Franciscans in crisis. Soon thereafter, they formed a No-Taser Task Force to hold the chief and commission accountable to fulfill the obligations of this resolution. 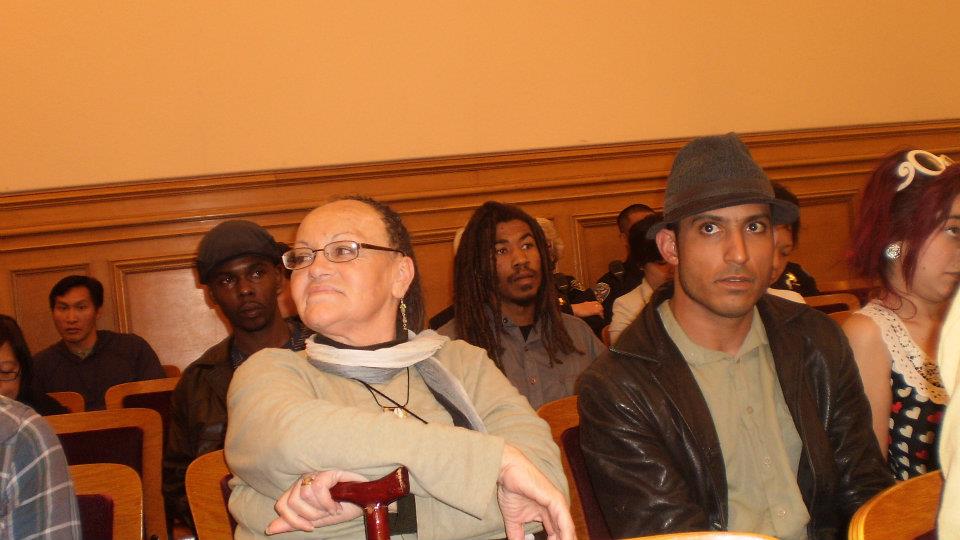 Specifically, No-Taser Task Force members at every commission hearing since have expressed their deep concern to the chief and commission that since tasers have killed over 800 U.S. citizens, including 92 Californians, since 2001, the “non-lethal” label is a deceptive misnomer. Tasers can cause fatalities in at-risk groups like children, elders, pregnant women, low body mass index (thin) individuals, people with heart conditions, diabetics and drug users.

The resolution wording – “changes to the police department’s tactical training regarding the use of force” – includes Crisis Intervention Team training in verbal de-escalation without use of lethal or non-lethal weapons for all SFPD officers. During Acting Capt. Balma’s presentation at the Oct. 17 commission meeting and community forum at the South of Market Recreation Center, he stated that 10 Southern Station officers have completed the CIT training, and five more are scheduled to take the training in November.

Since the Feb. 23, 2011, resolution binds the commission and police chief “(t)o develop these proposals in consultation with communities of color, mental health professionals, LGBT and other key segments of the community,” community forums are best scheduled in districts most likely impacted by taser use. No-Taser Task Force attendees at Police Commission hearings have repeatedly called for community forums in poor, Hispanic or African-American Tenderloin, Mission and Bayview Hunters Point districts, not skirting the edge of Fillmore or Pacific Heights or the primarily upper middle class white and Asian Sunset, or what Mesha Irizarry calls “hippie Potrero Hill,” strangely designated by Commission Secretary Joe Monroe as “Bayview/Mission Districts.” 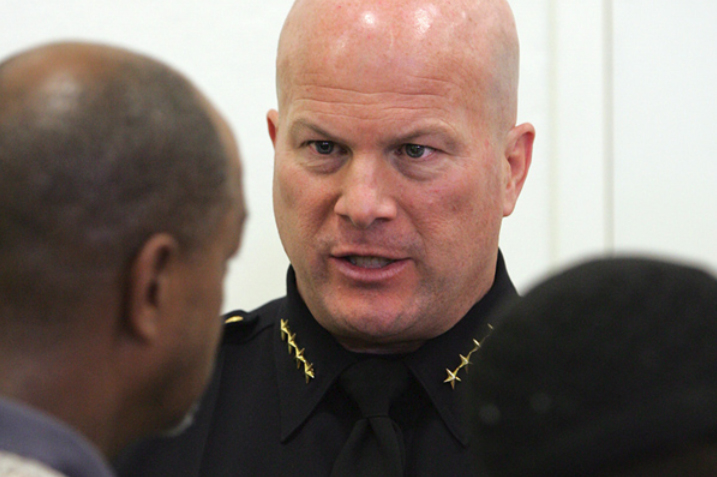 A note in tiny type appeared at the bottom of the Wednesday, Sept. 19, 2012, Police Commission agenda reading:

“PLEASE NOTE: The Police Commission will be holding a Special Meeting next month at a location other than City Hall. The Commission will meet in the Southern District at the South of Market Recreation Center Auditorium, 270 6th Street, San Francisco, on Wednesday, October 17, 2012, at 6 p.m., to hear comments from the public and Southern Station Acting Captain Steven Balma concerning public protections issues in the Southern District.”

At the Wednesday, Sept. 19, commission hearing, Chief Suhr and the commission cancelled a first community forum date, Sept. 24, while a meeting announced only in the Central Station newsletter was set up at the Koret Auditorium for Sept. 24. Commissioner Julius Turman returned Mesha Irizarry’s phone call verifying that this Koret community meeting had been cancelled.

At the Wednesday, Oct. 17, South of Market community forum, neither pre-announced use of force or taser issues were raised. Instead, Acting Capt. Steven Balma gave a sanitized power point presentation about Southern District. At one point in his talk, Capt. Balma stated that officers escorted many peaceful protests without incident. His power point screen image displayed SF Occupy. Simultaneously, Southern Station officers were harassing and confiscating the belongings of 101 Market San Francisco Occupiers.

Dates and locations of the four forums to follow were:

On or shortly after Oct. 22, Chief Suhr and the commissioners cancelled the five other dates and locations entirely.

On Oct. 22, as No-Taser Task Force attendees arrived at the Hamilton Center community forum for their 5:00 p.m. pre-meeting press conference, they found a notice posted on the door stating that the date had been changed to a month later, Nov. 20, 2012.

Shortly thereafter, Nick Kimura, shelter advocate at the Coalition on Homelessness and No-Taser Task Force member, informed the group that all community forums were cancelled.

Why did Chief Suhr cancel the community forums?

Some no-taser activists speculate that, after getting wind of their planned 5:00 p.m. press conference preceding the Monday, Oct. 22 Hamilton Center community forum informing the attending public that tasers are not “non-lethal weapons,” the chief may have called media informing them not to bother coming because there was nothing happening that day.

They think perhaps the chief had seen their list of 20 questions on Crisis Intervention Training and taser use and may have wanted to buy time to consult SFPD attorneys to help him cautiously craft responses to the questions in order to avoid contradictions and legal liabilities.

They suspect the chief cancelled the community forums to gain time to consider pressing concerns task force members consistently and doggedly raised during many commission hearings.

The No-Taser Task Force doesn’t know whether the Nov. 20 meeting at the Hamilton Recreation Center will ever happen. Word, however, has come that, when the chief and commission subcommittee, made up of Angela Chan, Julius Turman and Suzy Loftus, are ready, the community forums will, indeed, be rescheduled. Community members are strongly encouraged to come out and voice their opinions. 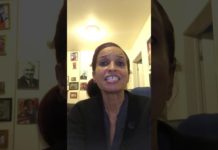