The nature of apartheid was more than racial feel-good for white people. It had the profane stench of class struggle that found its soil in kicking Black people off the land and turning them into a reserve army of labor at the beck and call of white capital.

However, at the height of the anti-Apartheid movement, the ANC never dealt with the land question in a qualitative way. The movement never advocated the seizure of land or the means of production. Its goals were primarily to overturn the legal restrictions of apartheid, as stated in the ANC Freedom Charter adopted June 26, 1955.

Many see the news from South Africa only in terms of the struggle against Apartheid and the institutionalization of white supremacy.

Thus the question of the vast majority of Black workers in relation to South African capital and opening the gates to international capital from abroad was never raised as the ANC assumed power in 1994. The ANC’s vision of freedom or liberation did not involve addressing the question of exploitation.

The approach of the ANC was legal bourgeois equality. But in any class society, it is axiomatic that the classes are never equal. As the ANC became more capitalist and began to acquire the resources of capital, they began in earnest to formulate the protection of capital, because now capital was part “Black.”

This is the undercurrent of the struggle of the Black miners in South Africa, where, under an ANC government, miners were shot by the police to protect the profits of the mine owners and to try to tame the demands of the miners for a living wage.

This was the dynamic that led to a showdown at the Marikana platinum mine that was in essence an ugly confrontation in response to the resistance of labor against capital that has been constantly in motion throughout South African history. 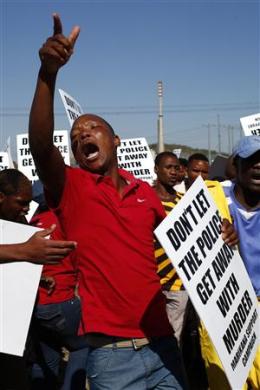 “The strike wave that began at Lonmin’s Marikana platinum mine is now engulfing South Africa’s platinum, gold and coal mining industries and has spread to transport and other sectors,” writes Chris Marsden for WSWS.org.

“In total, there are more than 100,000 workers on strike across South Africa.

“On Aug. 16, police opened fire on striking Marikana workers, killing 34 and wounding 78. The bitter struggle was called off only after the strikers had secured a 22 percent wage increase. Their determined stand has emboldened many more to go into struggle against the employers.

“He added that the contagion of illegal strikes ‘will likely engulf the industry.’

“Anglo American Platinum, or Amplats, the world’s largest producer, has said it has 21,000 employees out on a wildcat strike who have defied threats of dismissal to demand a wage increase equivalent to Marikana. Only 20 percent of the workforce at four mines at Rustenberg had reported in Friday.

“Like the Marikana workers, Amplats miners view the National Union of Mineworkers (NUM) and other unions as stooges for the employers and have rejected them wholesale. They have not turned to the breakaway Association of Mineworkers and Construction Union (AMCU), but have elected a leadership from the rank and file.

“This did not stop AngloGold from claiming that the strikes were ‘obviously coordinated.’

“The strike wave that began at Lonmin’s Marikana platinum mine is now engulfing South Africa’s platinum, gold and coal mining industries and has spread to transport and other sectors,” writes Chris Marsden for WSWS.org.

“NUM spokesperson Lesiba Seshoka said, ‘We do not have anything from them. … Our greatest worry is that if you are going to have sporadic demands throughout the industry, then it will undermine collective bargaining and that’s going to be chaos.’

“Wildcat strike action has broken out at Gold Fields, AngloGold and other company mines. Fully 39 percent of South African gold mines’ capacity has been hit, with workers again demanding a 22 percent wage increase.

“AngloGold Ashanti, the third-largest gold producer, suspended all its South African operations this week. Most of its 35,000 workers throughout the company have joined a wildcat that began at Kopanong on Sept. 20.

“The major fear of management is that workers are bypassing the trade unions, their industrial policemen. ‘The real concern is the apparent breakdown of the collective bargaining system that has operated effectively since the mid-1980s,’ Alan Fine, a spokesman for AngloGold, told the Financial Times. ‘Our challenge is to ensure the system survives.’

“Coal of Africa has also announced that employees at its Mooiplaats colliery have struck in the first industrial action to hit the coal sector since Marikana.

“A number of trucks have been looted and burned, and emergency services have been placed on high alert after fighting ended in the hospitalization of scabs.

“The chief executive of Anglogold Ashanti, Mark Cutifani, warned that demands for higher wages were now ‘a risk for the country.’ 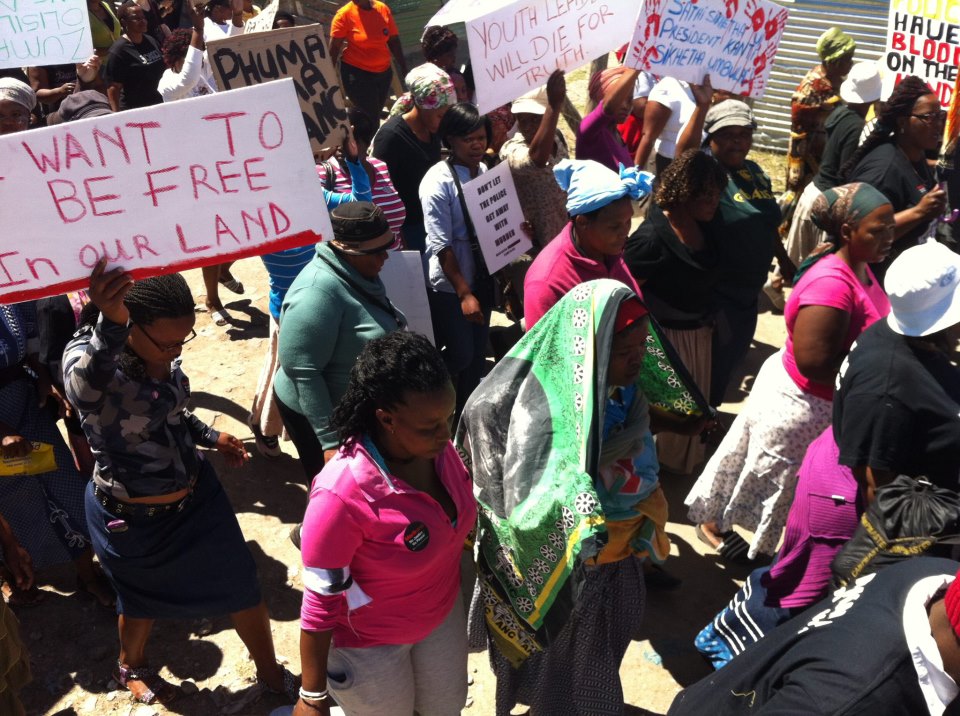 “The employers have made increasingly bellicose threats, with Amplats having initiated disciplinary proceedings Friday and threatening sackings, and Gold Fields obtaining a second interdict against striking workers at its Beatrix mine that meant, ‘Firing the striking workers is an option.’

“But the main threat to the miners and other workers comes from the state and the African National Congress (ANC) government.

“Labor Minister Mildred Oliphant has declared that there is ‘no justification for the recent wave of unprocedural [illegal] strikes’ and ‘no excuse for lawlessness.’

“In New York, President Jacob Zuma told the Associated Press Wednesday that the wave of ‘illegal’ strikes was not due to inequalities but was ‘influenced by this particular [Marikana] strike and it has also been influenced by the manner in which the resolution has been undertaken, whereas the unions that were in the forefront in this case because of the circumstances were not necessarily in the forefront.’

“This had ‘influenced some other miners to go on strike,’ he said.”

“The repudiation of the trade unions poses a major political crisis for the entire bourgeoisie.

“Alexander Joe, writing for AFP, states, ‘The violent crisis that has shaken South Africa’s mines shows workers’ distrust for traditional trade unions, up to now the guardians of social peace despite the country’s deep inequality.’

“He cites analyst Daniel Silke explaining, ‘Marikana holds the potential for an era in South African labor relations where violent strike action forces the hand of weakened management, as opposed to historical collective bargaining promoted by COSATU and its affiliate unions.’

“‘The key issue here is whether the trade union movement, whether COSATU itself, can keep a handle on the more militant workers who have smelled blood with management as a result of Marikana,’ said Silke.

“But the main threat to the miners and other workers comes from the state and the African National Congress (ANC) government. Labor Minister Mildred Oliphant has declared that there is ‘no justification for the recent wave of unprocedural [illegal] strikes’ and ‘no excuse for lawlessness.’”

“The emerging mass political and social movement of the working class and the undermining of its key ally, the Confederation of South African Trade Unions (COSATU), has plunged the ANC into crisis, with the escalating factional conflict between Zuma and his supporters and those of Julius Malema, the expelled former head of the ANC’s youth wing, only the most open expression.”

This empty posturing is a factional fight on the backs of the South African people. None of the factions has prioritized the liberation and development of the African people of South Africa as the rightful owners of the land and whatever is produced from the land.

It is the people who have a right to the profits and abundance of the land by redistributing the wealth they have produced. For the working African masses of South Africa, history is on their side, but not time.

Malik Sekou Osei, whose work has appeared on Black Star News, The African Executive and The Liberator, contributed this story via Black Left Unity. He can be reached at sekouche@yahoo.com.