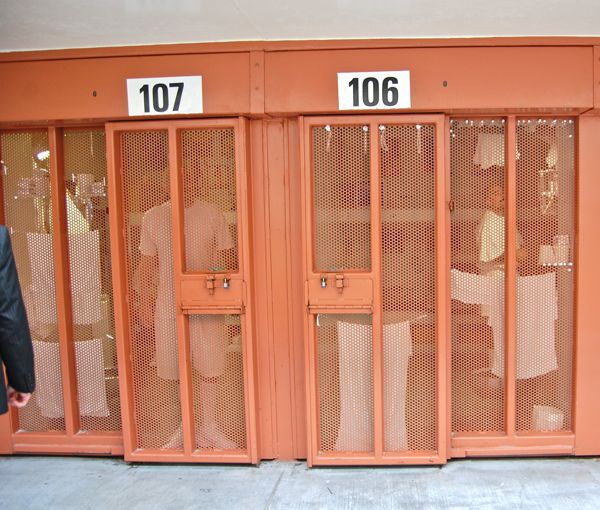 The Department of Corruption’s draft of the Step Down Program [for release from SHU without “debriefing,” i.e., snitching or inventing information about other prisoners to be used as evidence for their validation and SHU confinement] – well, it’s crap! I really believe that it was intended to get a negative reaction – because in the new version, it would actually take five years, whereas their last proposal was four years!

The new draft allows for any CO (correctional officer) or staff member to have any prisoner placed in SHU for anything they deem necessary, citing safety and security and public safety, even without any disciplinary action. Many of us have seen first hand the abusive nature of sadistic, racist and misogynistic CO staff who fabricate information to “break” prisoners.

Of all the alleged changes to the policy, not one allows for real scrutiny of the information used to indefinitely house prisoners in the dungeons of California’s prison system – the SHUs. But then look at how much money – taxpayers’ money – is made off of one prisoner’s SHU housing.

The so called shareholders are reaping in money hand over fist while prisoners in the SHU are routinely mistreated and denied medical care. I really was not surprised when Gov. Brown vetoed the media access bill. Imagine having an Abu Ghraib exposed on his watch!

Many of us have seen first hand the abusive nature of sadistic, racist and misogynistic CO staff who fabricate information to “break” prisoners.

Right now I have a civil suit pending in the Northern District Court – Sandoval v. D. Barneburg et al, No. C12-3007 LHK (PR) – citing excessive use of force by PBSP IGI (Institutional Gang Investigation) unit. The DVD that documented all the injuries inflicted on me disappeared from an evidence locker. But I knew it would; these COs have a well formed code of silence that guarantees impunity to all COs and staff who abuse prisoners.

Some actually belong to the PBSP “honor guard.” Since the hunger strikes, the COs and IGIs have continued to attempt to incite conflict between prisoners, but we all know it’s a divide and conquer tactic. Many of us have 20-30 years in the SHUs and many have actually grown up together through the system, so we know what’s what and know when we’re being played by the COs and staff.

The warden has made it clear that he will not sign any order for the items agreed to during the mediations because he is retiring in January with a full pension.

Since the hunger strikes, the COs and IGIs have continued to attempt to incite conflict between prisoners, but we all know it’s a divide and conquer tactic.

Recently many prisoners have been reclassified as “high risk medical,” but it’s a sham to give prisoners false hope of actually getting medical care that is not overseen by the IGI unit. The chief medical officer will state the prisoner can be treated here, thereby nullifying the “high risk” portion, but PBSP will get the extra state funds to house us here until we die.

Many of the prisoners who are dying refuse to go to the clinic. Most wait until the very last minute because the clinic rooms are nasty, without reading material or TV or anything but a single bed. So once you’re taken to the clinic, you just sit on the bed and wait to die. It’s a guarantee that the IGI will stop by to ask if you’re ready to debrief before you die. They circle like vultures.