San Francisco – In the face of unrelenting deceptive advertising funded by giant chemical and processed food corporations to the tune of nearly $50 million, California’s Proposition 37, calling for a simple label on genetically engineered food, narrowly lost with 47 percent of the vote. While support for GE food labels has never been stronger, the incessant drumbeat of misleading and outright false industry advertising was barely able to defeat this popular measure. While disappointed in the result, we believe that this movement to label GE foods is stronger than ever and we will continue to build a robust national grassroots campaign to push for mandatory labeling across the country. 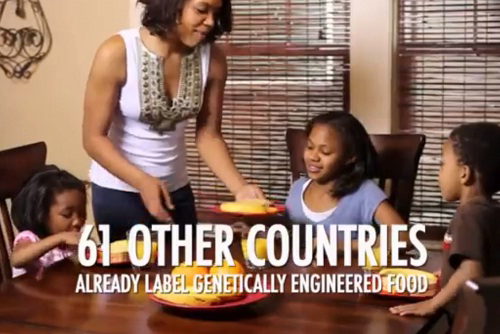 Pesticide companies led by Monsanto and DuPont and processed food corporations led by Pepsi and Kraft spent an unprecedented amount of money to confuse and deceive Californians into voting against their right to know what’s in their food. But we should not be surprised – honesty and transparency are clearly not the priority of corporations that spend millions keeping consumers in the dark about whether or not their food has been genetically altered in a laboratory.

However, one bought election does not change the fact that more than 90 percent of Americans want to join the more than 60 other countries around the world in knowing whether or not their food has been genetically engineered with a simple label. As we’ve done with other initiatives like nutrition and country-of-origin labels, we will continue to stand up to these corporate forces until consumers have the basic right to choose for themselves whether or not to buy and eat GE foods.”

Prop 37 may not have passed, but it brought together and galvanized people from across California, the country and the world who believe deeply that people have the right to know whether their food has been genetically engineered, and this momentum will only grow. We are already organizing in over a dozen states and in the coming year will be ramping up our campaign across the country to let consumers decide and make GE labeling the law.

Kristin Lynch is Pacific Region director of San Francisco-based Food & Water Watch. She can be reached via Anna Ghosh, aghosh@fwwatch.org. Food & Water Watch works to ensure the food, water and fish we consume is safe, accessible and sustainable.

Prop 37: We deserve to know what’s in our food