Oakland – With election results in, Oakland residents sent a clear message against gang injunctions. Voting out the most strident and vocal proponent of the use of gang injunctions – Ignacio de la Fuente – and voting in injunction opponents Dan Kalb and Lynette Gibson-McElhaney in Districts 3 and 5 respectively, Oakland residents continue to demonstrate a lack of political and popular investment in the policing strategy. 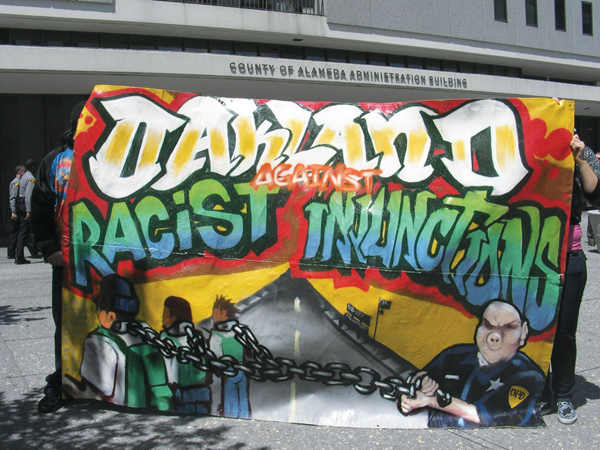 Throughout the election, gang injunctions were a key issue, with many candidates across the political spectrum taking strong positions against injunctions, citing a lack of evidence on their effectiveness, excessive costs and danger of expanding criminalization as reasons.

“Oakland can’t afford injunctions, Oakland doesn’t need injunctions, and Oaklanders don’t want injunctions,” stated District 1 resident Jess Heaney. “Using one of the few vehicles provided for Oakland residents to weigh in on the controversial policing practice, the tide against gang injunctions just continues to swell.” The Fruitvale and North Oakland injunctions have been temporarily implemented in Districts 1 and 5 and have cost the city nearly $2 million despite lingering concerns regarding the use of racial profiling and widespread mistrust of the Oakland Police Department.

Residents will watch carefully in January to see what the City Council will do with some fresh energy. With a clear mandate from Oakland residents, the council could choose to de-authorize the costly, ineffective injunctions in favor of community-based solutions consistently proven to make substantial, lasting positive change. “With so many candidates taking strong stances against injunctions during their elections, the real test will be whether those same candidates will put their positions into action on the council,” says Kamau Walton of Stop the Injunctions Coalition (STIC).

“With the elections over, we can get back to the real fights before us,” said Rachel Herzing of STIC member organization Critical Resistance. “We know that grassroots pressure has made it impossible for gang injunctions to spread across the city, and it will require grassroots pressure to end the use of injunctions once and for all.”

While a turnover in City Council old guard opens new possibilities for city leaders to exercise innovative thinking, the Stop the Injunctions Coalition will continue to closely monitor council activities related to gang injunctions, curfews and other attempts to expand police power in Oakland.

Isaac Ontiveros is a spokesperson for the Stop the Injunctions Coalition. He can be reached at (510) 444-0484 or isaac@criticalresistance.org. 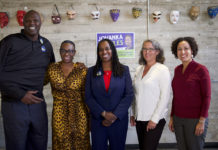