The rap group dead prez have by far some of the most radical politics of any artists in American music today. Internationally known, these Brothas, M1 and Stic.man, have not been scared to take their perspectives internationally from Colombia to Italy. 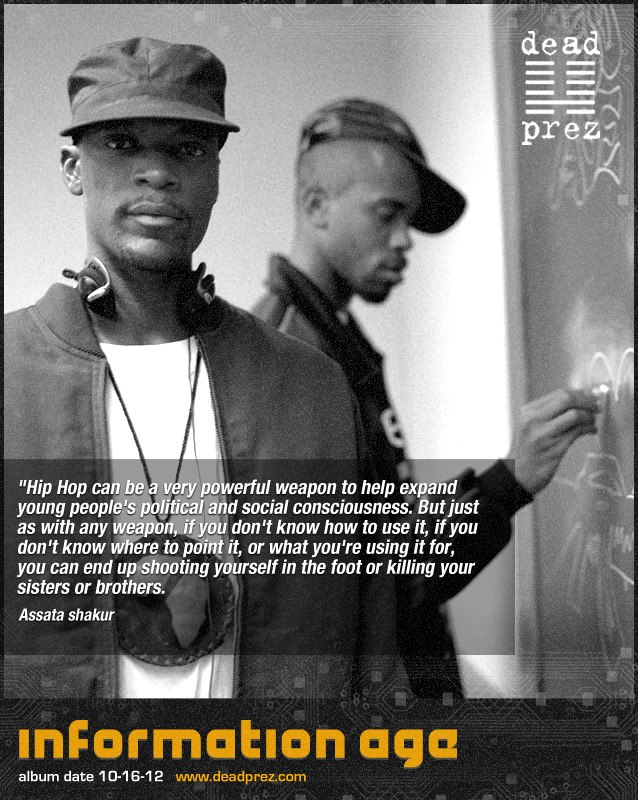 We caught up with M1 to talk music and politics for a minute, right before they come out here this Saturday, Nov. 24, and rap songs from their new album “Information Age” as a part of the Rebel Soul Fest, which is going down at Yoshi’s in San Francisco. Here’s M1 in his own words.

M.O.I. JR: Can you tell us about “Information Age,” the newest release from dead prez?

M1: “Information Age,” dead prez’ latest album, is a new age hip hop, sonic rebel sounding addition to revolutionary culture. We are happy to be able to find new ways to express our growth and development. For those who have been in tune with dead prez for a while, we hope this album can be inspiring in a time when music, especially hip hop, is devoid of social and political stimulation.

Although digitally released in October, there is a physical CD release on the way Jan. 22, which will be a deluxe version of “Information Age” with a few more songs and some legendary features.

M.O.I. JR: This album has a futuristic, more mature feel to it. What did you guys change in the formula?

M1: dead prez is definitely a conceptual duo. Our freedom-driven songs are only impactful if the listener can journey with us through our experiences. “Information Age” demanded that we overstand the title and concept in a way that would deliver more to our musical space.

We hope to “change the formula” with every project we do. This keeps us motivated to make music and hopefully reaches the listener as we grow as a community. This is Revolutionary Culture and until we get free, dead prez hope to keep analyzing our collective situation from many angles, and our content will continually reflect that. 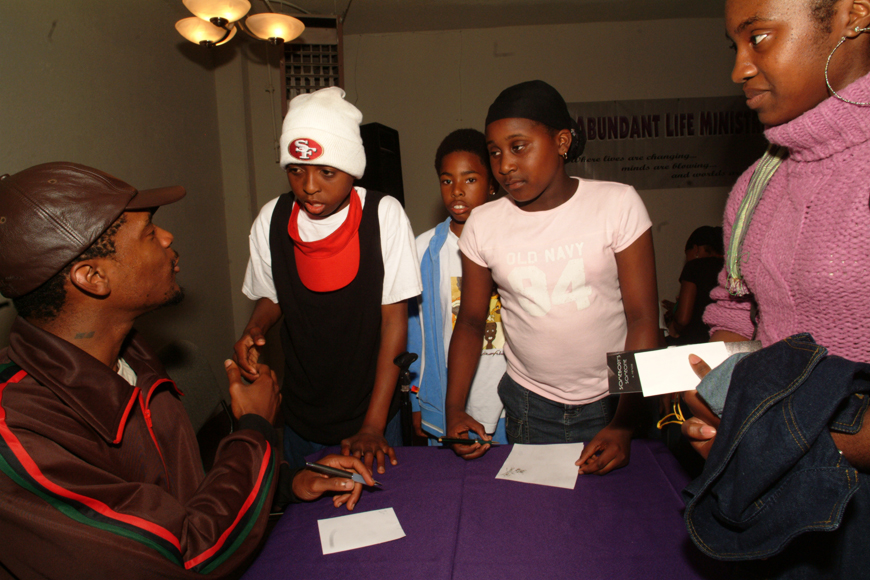 M.O.I. JR: How have people responded?

M1: The response has been overwhelmingly positive. We have really just begun the “Information Age” campaign and many people are just hearing about the album. We did a joint venture deal with Krian Records, who we worked with for over 10 years in other capacities, to keep dead prez’ music visible.

In the European charts, our song “Dirty White Girl” is nearing the top. We are also hot on the college radio charts. As we continue to roll out the publicity campaign, things will continue to grow for “Information Age.” Our updated tour schedule and other news can be found at deadprez.com.

M.O.I. JR: Can you tell us about your solo album release in Italy? How did that album go?

M1: “AP2P” or “All Power to the People” is a musical conglomerate between myself and producer, musician and revolutionary Bonnot, who has worked extensively over the last 12 years with a revolutionary hip hop band named Assalti Frontali. Last year we released our self-titled debut album and toured Italy twice.

This is more than just a music project because the situation in the world today demands that it be more. With “AP2P,” I have been able to participate in political strategizing on the Day of Protest last year which produced fierce struggle from many organizations in the streets of Rome. Some of that can be seen in AP2P’s “Sound Weapon” video. 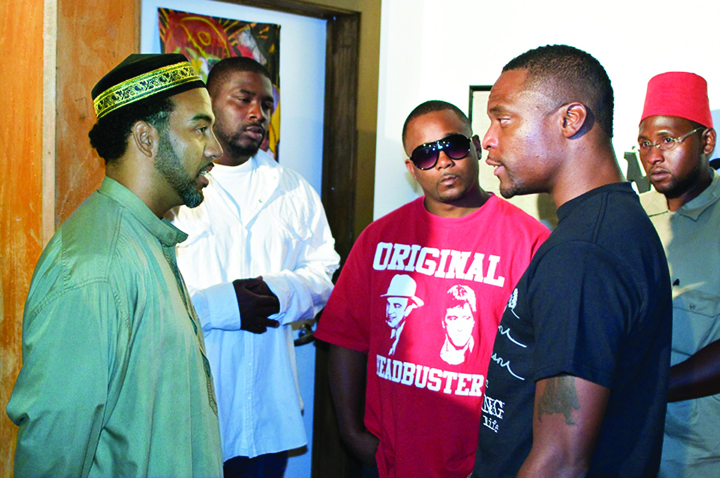 We are also able to go to Athens, Greece, during the recent tumultuous election which had their economy on the brink of collapse. Out of that came the “AP2P” video “Paper Tiger” and the animated video, “The Ghost of …,” which features the voice of Mumia Abu Jamal and attempts to explain the parasitic, horror atmosphere in our poor and oppressed communities. To find out more, reach out to www.ap2p.info.

M1: Yes. We are currently working on a new project tentatively titled “Long Distance Revolutionary.” With this new release, we will make both albums available globally. Even though you can find “AP2P” on iTunes, the physical release of our music is imperative.

And even more the LIVE show is an amazing aspect of reaching the people that we hope to finally bring to the U.S. Bonnot is a DJ who brings electronic, dubstep, reggae, rock and hip hip across in an innovative way.

M.O.I. JR: What did you think about the re-selection of Barack Obama? What does his selection say about the state of imperialism as well as race relations in the U.S., if anything?

M1: The re-selection of Obama restates the objective of saving U.S. imperialism. Our communities have been diverted from attaining real goals of self-determination to “middle-class building” aspirations. With impending economic crises and the so-called Middle East on the brink, we have an interesting future ahead of us. 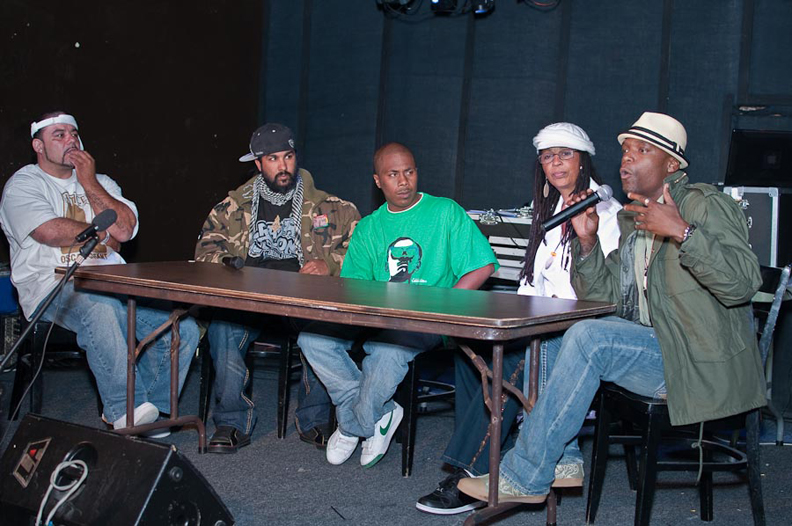 M.O.I. JR: Have you been out of the country recently? If so, what was it like?

M1: dead prez recently played in front our biggest audience ever in Bogota, Colombia. The crowd was over 90,000 strong. The experience was unexplainable. I am still riding the high from that stage. There was an air of progressive hip hop in the festival and the black and brown faces were very eager to soak up our take on the U.S. I can’t wait to go back.

We were also recently in Berlin and will be going back to Germany within a few weeks. I love getting the perspective “outside the box.”

M.O.I. JR: How do people keep up with dead prez?

M1: deadprez.com or in a city near you! You can also find my thoughts on twitter @m1deadprez.

Field Marshal Aoki, Guy Kurose and myself were the only three* bona fide Asian members in the BPP