News & Views Local News & Views Parents to Supervisor Wiener: Our families are an appropriate use of transit...
Facebook
Twitter
Email

Dozens of parents and youth advocates testified before the San Francisco Board of Supervisors Government Audits and Oversight Committee supporting Municipal Transportation Agency Director Ed Reiskin’s proposal to apply recently awarded regional funds to implement the free Muni for youth pilot program. The families were responding to a resolution introduced by Supervisor Scott Wiener urging the MTA to use the funds only on maintenance and not on the youth pass.

MTA Director Ed Reiskin is recommending using a portion of the Transit Performance Initiative Funds to launch the free Muni for low-income youth program this February and the rest of the fund towards Muni maintenance needs. The MTA board will vote on this proposal Dec. 4.

The issues of youth access to public transportation became increasingly urgent to families in San Francisco when the price of Muni’s Youth Fast Pass rose 120 percent since 2009, and the School District is cutting yellow school bus service in half.

Over the last two years, youth, parents and community members have organized to secure free transit passes for youth to get to and from school, work, volunteer opportunities and recreational activities. The Free Muni for Youth Coalition secured over $4.9 million in funding and formal support from the San Francisco Board of Supervisors, the Board of Education, SF Mayor Edwin Lee and the MTA board for a pilot program for Free Muni for Low-Income Youth.

“Supervisor Wiener is out of touch right now with the needs and experiences of the majority of people who ride the bus in San Francisco,” said Gloria Esteva, parent leader with POWER. “He says he is a transit advocate but he is fighting against the core issue being raised by the thousands of families and youth who ride Muni every day, which is the urgent transit need of our children and youth.”

The issues of youth access to public transportation became increasingly urgent to families in San Francisco when the price of Muni’s Youth Fast Pass rose 120 percent since 2009, and the School District is cutting yellow school bus service in half.

“Youth access to public transit has been a constant challenge for the last two years,” said Paul Monge-Rodriguez. “We need the MTA to move quickly to launch this pilot program at the start of the New Year. It’s time to meet the needs of our San Francisco families.”

Jaron Browne, lead organizer for POWER (People Organized to Win Employment Rights), can be reached at jaron@peopleorganized.org or (415) 864-8372. 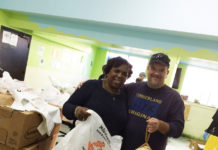 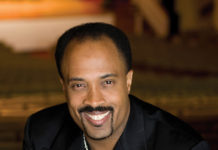 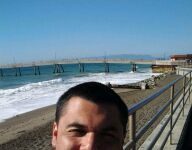