A victory for mass action to save the people’s P.O. 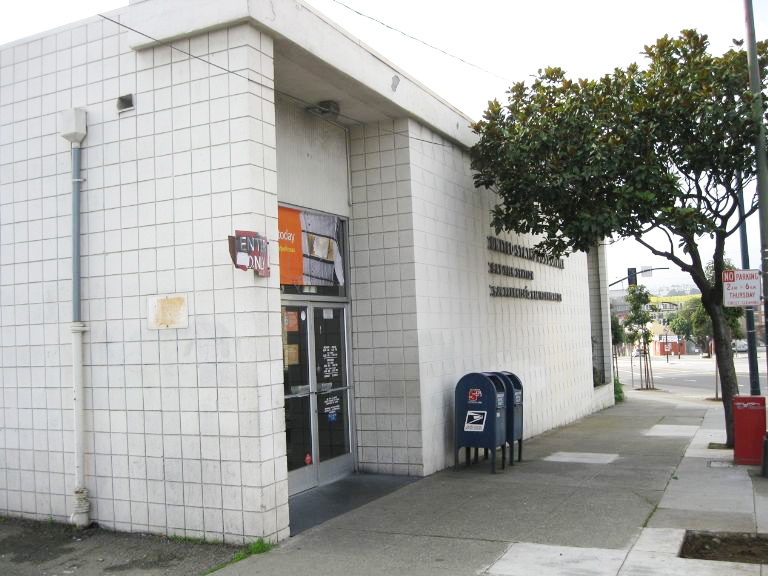 This is a victory for postal workers and community members from all over the country who have been working hard to resist the planned destruction and privatization of the public Post Office.

It’s especially a victory for the communities that organized to pack the public hearings in 2011 to protest the closing of Bayview, Visitacion Valley and Civic Center. They gave the U.S. Postal Service managers an earful.

This was followed up by mass leafleting in the Mission, Bayview, Tenderloin, Bayshore, Excelsior, Viz Valley and Fillmore neighborhoods by the Save the People’s Post Office coalition, which includes the Senior Action Network, SF Labor Council, Living Wage Coalition, Occupy, Poor Magazine and Church Women United. Thousands saw our banners and signs and took the flyers.

Then on June 27, 2012, this local coalition organized a rally at the Federal Building, a march of 200 through the oppressed Tenderloin district and an occupation and people’s speak-out inside the Civic Center Post Office, where many homeless and low-income people go to pick up their mail.

The Bayview, Visitacion Valley and McLaren stations are all in working class neighborhoods in the southeastern part of San Francisco and home to many African American, Asian, Latino and white families who depend on their neighborhood post office. Victory celebrations are being planned.

Here are some of the key actions over the last year in the growing national movement to save the Postal Service:

* A 4-day hunger strike in Washington, D.C., organized by the national network called Communities & Postal Workers United (CPWU), including “stop starving the Postal Service” demonstrations in Congress. The hunger strike broke through the media blockade and put our message in the national media. Since then CPWU chapters have sprung up in various parts of the country.

* A growing campaign to stop the sale of over 70 historic post offices in collusion with the privatizing real estate mega-firm of CB Richard Ellis (CBRE). Headed by financier Richard Blum (husband of California U.S. Sen. Dianne Feinstein), CBRE has the exclusive contract to sell these properties, in deals worth billions. Many of these post offices are architectural treasures that also house priceless New Deal-era murals and sculptures honoring working people – public treasures paid for by the taxes of our parents and grandparents and now being sold off for private profit as if they were shopping malls. These post offices are fixtures of downtown areas – convenient and centers of civic life. The Citizens Committee to Save the Berkeley Main Post Office has enlisted the entire City Council and thousands of residents to “Stop the Sale.”

* Postal union resolutions and speeches from the floor of the Letter Carriers and American Postal Workers national conventions, denouncing Postmaster General Donahoe and the privatizers and calling for organizing local community-labor coalitions to build a powerful nationwide grassroots movement to save the Postal Service. Resolutions also committed the unions to organizing a national demonstration in Washington, D.C. In addition, many central labor councils, state federations and individual unions vowed support for saving the P.O.

* Actions at the Republican and Democratic party conventions, where demonstrations included “Save the Post Office” contingents.

The USPS decision to cancel the planned closing of four post offices in San Francisco demonstrates that our movement is having an effect. But we must be vigilant: The big push to implement the Donahoe slash-and-burn program will come after the election and in 2013. Our movement needs to grow and grow fast to stop the juggernaut. It’s up to us to mobilize our members and communities to push the privatizers back on their heels.

Dave Welsh, a retired letter carrier and delegate to the San Francisco Labor Council, is an organizer with the Community-Labor Coalition to Save the People’s Post Office. He can be reached at sub@sonic.net.